I can't do a series on Dissolution's development without mentioning the original mod, developed between 2005 and 2006.

I had wanted to make a mod set on an off-world colony for many years, inspired by games like Aliens versus Predator 2. Dissolution began development in 2005/6 and featured my most complicated and original plot up until that time (until Dissolution, I primarily developed mods set in the Half-Life universe). 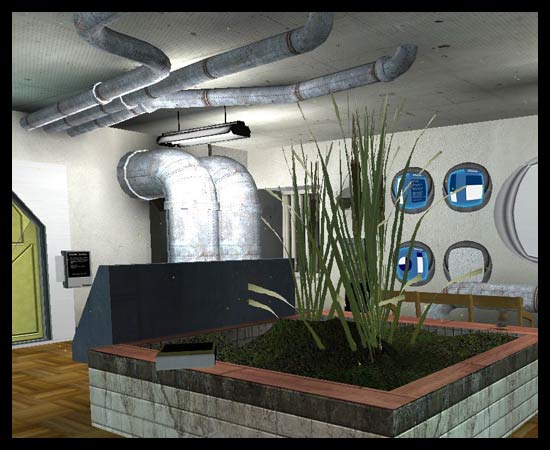 Much as in the final version, a space corporation called Xterrier had built an off-world colony (known simply as 'Xterrier' at the time). This colony was far out, with barely any contact with Earth possible (in this version of Dissolution, Earth hadn't become an uninhabitable desert planet).

From the screenshot and description above, you may be thinking that the 2006 version of Dissolution has no similarities to the final version, except for the sharing of the name. You would be quite wrong; a surprising amount was carried over from the 2006 version, though mostly ideas rather than tangible assets.

Wilson, for instance, was a character in the 2006 version. He accompanied the player on foot and helped him overcome obstacles (such as locked doors), explaining the story and universe to the player. In fact, one of the few art assets derived from the original mod is Wilson's skin (minus the uniform, which was updated); Wilson's final skin came from the transport ship pilot of the 2006 mod, who ferried the player and Wilson from place to place. 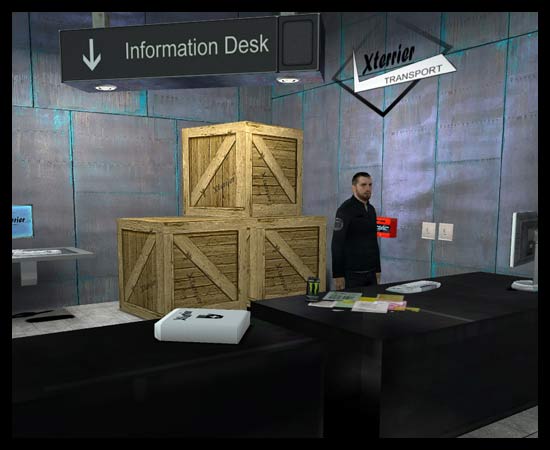 Another holdover is the fact that the colony experiences a complete collapse in social structure.

In the final version, of course, the colony's society collapsed long before the player enters the scene. In the 2006 version, it collapses shortly after the game begins. The cause in the final version, in case you have forgotten, is telepathic, psychotic crows; in the original, it was a virus that turned the colonists into zombies.

This brings us onto one of the major shifts in focus. In 2006, the mod was almost exclusively focussed on horror. 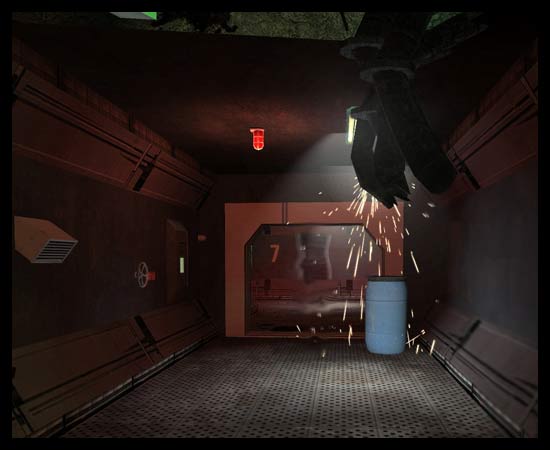 In the release version, horror is confined to one chapter (Xterrier Research), and it is very mild. It largely relies on building a tense atmosphere, and making use of subtle, psychological horror. Some have described the section as effective, others not so much.

The original version of Dissolution was horror through-and-through... and not the subtle kind. Corpses would suddenly spring to life and leap at you, with noises so loud you couldn't help but jump; lighting was minimal and mostly red, with plenty of unpleasant things waiting to jump out at you. Story telling (which was done through readable notes on PDAs) focussed on grizzly tales and slowly ratcheted up the atmosphere. In fact, Dissolution originally had the subtitle 'Fear is Dissolution', such was the focus on horror.

The mod gathered a small following on ModDB before finally, and quietly, disappearing. It was an exhausting project with entirely the wrong focus, a focus on producing nice-looking areas rather than being a releasable product.

Gameplay was barely implemented, no real level plan was established and the details of the plot changed every few weeks. More and more content was produced, but the mod never really progressed any further towards being completed.

It was abandoned in favour of smaller mods, mods focussed on being releasable (these would be Outpost Xen and HMS Defiance). In 2009, I again had the desire to go back and try to make something of the mod. I originally resumed development under the title 'Inspection', before reverting to the original 'Dissolution'.

This iteration of the mod would be released, but only after two more years of development. In the next articles of this series, I will be moving on to look at the various iterations of the 2009-2011 version of Dissolution.