The Epic of Gilgamesh

Reviewing the Epic of Gilgamesh (as we now know it) is tricky. It’s regarded as the oldest surviving work of literature, with the ‘standard version’ of the story dating back to roughly 1300 BC, and earlier versions going back even further. We have this ancient story because it survived on clay tablets, written in cuneiform[1] script – or, to be more precise, most of Gilgamesh survived this way. Many fragments of the story are now lost. The work I’m going to review is the 2001 translation by Andrew George[2], widely considered to be the best translation currently available, due to it taking advantage of a wide collection of tablets (with many tablets damaged, we have to cross reference to fill gaps) and due to the lucidity of the English text itself. 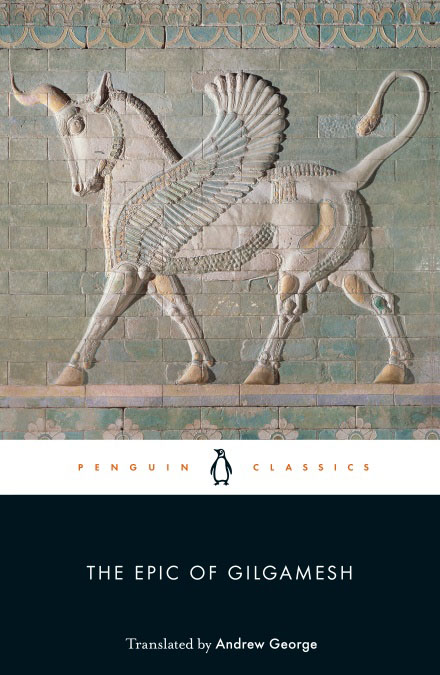 The standard version of the tale comes from twelve tablets etched with Akkadian[3] cuneiform markings. The tablets tell the story of Gilgamesh, king of Uruk, who becomes fearful of his own death after his dear friend Enkidu is struck down by the gods as punishment for slaughtering the Bull of Heaven. Gilgamesh, now without his friend, learns of a man who purportedly achieved immortality, Uta-Napishti, a kind of Noah figure who survived the great deluge brought down by the god Enlil by building a large boat.

Gilgamesh travels far and overcomes many obstacles. At the end of his journey, he meets Uta-Napishti and demands to know how he achieved immortality. What follows is a wonderful description of the Mesopotamian flood myth[4] (said myth predates the Hebrew flood myth[5] told in Genesis). But, ultimately, Uta-Napishti has only disappointment to offer Gilgamesh. Gilgamesh cannot achieve immortality, because immortality is for the gods and not men – Uta-Napishti is a one-off exception owing to exceptional circumstances. Gilgamesh journeys back to his kingdom, where he must learn to accept his mortality.

One of the things that struck me about the story – and perhaps you yourself got a flavour of it when reading the above paragraphs – was how relatable it was, especially for a story that’s at least three thousand years old. Gilgamesh’s mourning of Enkidu is raw and real, and the harsh reality of it drives him to questioning his own mortality, and ultimately to having to learn to accept the fact that he will die. However much we’ve changed in 3000 years as a species, these topics are still difficult ones we wrestle with today. Andrew George’s translation is also delightful to read. There’s a great deal of repetition in the text, probably due to the story’s origins as an oral performance, that adds a mesmerising rhythm to the whole thing. Even though I read the piece silently in my head, it felt like I had experienced a performance of sorts. 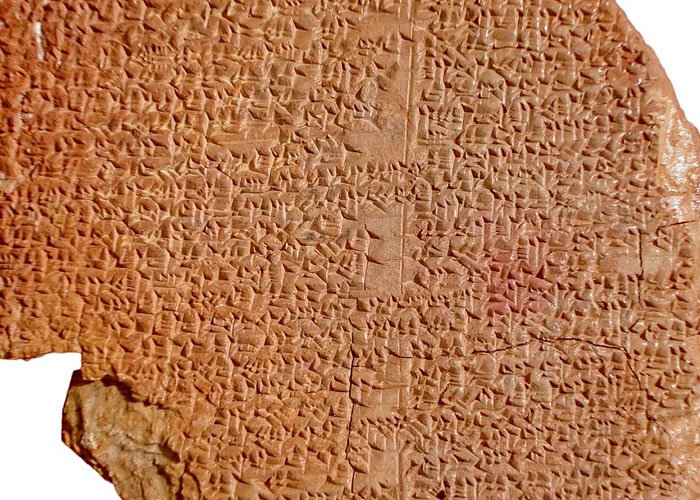 But let’s not forget that the tablets we derive the story from are incredibly old – older than any book in the Bible. Edges have broken off, engravings have eroded. As a result, large sections of the text are indecipherable. George has done a heroic job in filling in the lacunae with extracts from other tablet sources of the Epic, and patching smaller gaps by clever inference (which is possible, as there are certain structures that make it possible to determine what one line should be based on its relationship with another). However, despite this being probably the most complete translation, there are still fairly sizeable chunks of the story missing. Sometimes, we lose line fragments, and the flow isn’t affected too badly. But at other times, several lines are missing – causing parts of the story to suddenly jump into another jerkily.

George describes his translation as the latest in a series, and is careful to stress that it will not be the final one. The masterpiece that is Gilgamesh remains incomplete. There are sections of the story that have not been recovered, and there are still many tablets to be transcribed. He is hopeful that, one day soon, we will have the complete story. But for now, we don’t. Does that detract from what we have? I don’t think so. I think, incomplete though it is, the Epic we have is a wonderful narrative that still resonates. I think its themes are universal and timeless, and so concerned with human nature, which, the more I read ancient works, I think has largely not changed.

It would be an injustice to review this translation of the epic without mentioning the supplementary material. The Penguin edition of George’s translation also features a highly informative introduction, crucial to set the story in its proper context. It describes ancient Mesopotamian and Akkadian culture and literature, and the origins of Epic. The notes help readers understand how people three to four thousand years ago viewed the world, how they interpreted the relationship between men and the gods and other concepts that might be unintuitive to the modern reader. A section at the end describes the painstaking process, the various steps involved, in collecting the tablets (we have many tablets, but few qualified scholars), transcribing them into the Latin alphabet and then attempting to render them into English, preserving, as far as possible, the poetry and original meaning. At the end, there is a collection of earlier Sumerian poems on which the standard version is heavily based, illustrating wonderfully how a myth grew over many centuries.

There are many public domain versions of Gilgamesh available online, but I strongly recommend anybody interested to read the George translation, due to it being the most complete and well-written translation currently available.

Thanks for reading and commenting.

I'd strongly encourage you to give Gilamesh a try, Falcon. I was a little wary going in, because I thought the cultural differences would be too great, but unlike some ancient literature (like, I suspect, the Greek mythology texts you mentioned) Gilgamesh doesn't depend too much on other texts or myths – it stands quite alone. This and the relatively straightforward story make it fairly accessible I found.

You mentioned some interesting other works I haven't read but really probably should – like Wu Cheng'en's writings. Old books fascinate me mainly because they show just how similar we are to our ancestors in terms of nature and life concerns.

In terms of reading, I just finished off The Institute by Stephen King. I really enjoyed it: it was a nice blend of classic King tropes (kids, powers, evil adults etc.) while feeling fresh. I'm hoping to prepare a reading list for 2020, like I did for 2019. Will be interested to hear then what others have read this year.

Nice article: well written and with an interesting subject matter. A story so old surviving for so long seems hard to comprehend: especially when you take the medium into account.

Great analysis. I didn't realise that there were some tablets left to be translated. This has to be the most intellectual review, both in subject matter and in background breakdown, done in the blog's history. It certainly shakes it up from the usual updates regarding more modern media. I've never read the Epic of Gilgamesh but I really should. I am simultaneously interested in the great literary works such as this or the Iliad and kind of put off by it at the same time. It being so old makes it a noteworthy piece to read but I think at times that it may just be too alien for myself due to the culture differences. You have, of course, mentioned that it is still relatable to today in terms of its story and its themes.

The furthest I have gone back, for my own entertainment as opposed to the old academic readings that were required for courses, would probably be a few pieces by Edgar Allen Poe or Haggard's King Solomon's Mines. Obviously, these are old books and the language difference is notable but they are nowhere near as historic as the Epic of Gilgamesh. The only book that I have in my possession, which I still have to read, that would be even remotely comparable to Gilgamesh would be Journey to the West by the 16th Century Chinese writer Wu Cheng'en.

What's next on the reading list for you? Going to tackle more of the historical epics or are you looking for something more up to date? Perhaps Professor Peterson needs another read through before the sequel is published?