Greetings, welcome to the last blog update of 2020 as I round up my picks for the entertainment categories of this year. As usual, the winners do not need to have been released in 2020 but just have to have been reviewed on my blog during the past twelve months. Considering the enforcement of restrictions and the general upset caused by Coronavirus, a considerable number of planned films and scheduled television shows had been pushed back for later releases which makes entertainment choices for this year a bit scarce. Despite this, I’ve still enjoyed some great media in 2020. Feel free to add what you enjoyed during the year in the comments if you’d like to do so.

An animated show that ran for six seasons from August 2014 to January 2020, Bojack Horseman flawlessly blends dark subject matter with well-crafted humour as it follows washed up actor Bojack struggling to live his day to day life. This show is voice acted by an impressive cast that consists of Arrested Development’s Will Arnett in the titular role, Breaking Bad’s Aaron Paul, GLOW’s Alison Brie, School of Rock’s Amy Sedaris and comedian Paul F. Tompkins. Aside from having hard hitting emotional elements, it also has plenty of visual comedic moments in the background and subtle jokes that are easily missed which are a couple of reasons that make this one of my favourite TV series. I am also very fond of the more bizarre humour that often comes from the unfortunate mishaps or well-meaning blunders of best friends Todd Chavez and Mr Peanutbutter.

Book of the Year: Cujo

Published in 1981, Cujo is one of King’s earlier works and it is fairly well grounded in reality compared to his other books. The more mystical elements are only hinted at as opposed to being out front and centre on this occasion. Cujo is a Saint Bernard who becomes rabid after being bit by an infected bat, spurring the dog on a murderous rampage as his condition deteriorates. The novel also revolves around the struggling Trenton family who are in the midst of a familial feud as Donna, the mother, is having an affair behind her husband Vic’s back. Their four year old son Tad is stuck in the middle of the failing marriage. The book was adapted into a movie in 1983 and has since become a cult classic after initial criticisms. 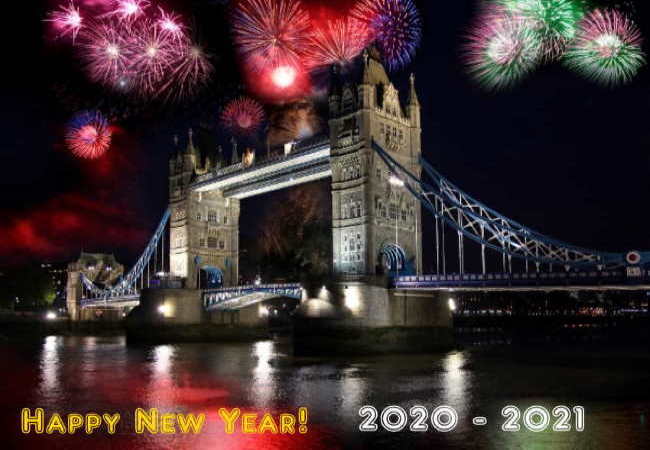 Game of the Year: Legendary

Legendary was released in 2008 and was developed by Spark Unlimited. Despite receiving negative and mixed reviews upon its release, I rather enjoyed this video game and was drawn to it because of its premise. The content being the opportunity to face off against hordes of mythical creatures that have inhabited mankind’s historical stories or myths for countless years. As a thief named Deckard, players can battle against werewolves, Griffins and a Minotaur or two once Pandora’s Box is opened at the beginning of the game. Alongside a well-supplied arsenal, the player can also fight against evil creatures with supernatural powers that had been bestowed upon Deckard by Pandora’s Box.

Film of the Year: El Camino: A Breaking Bad Movie

Released in 2019, 6 years after the television show concluded, El Camino serves as the final chapter of the hit show that began in 2008. The film focuses on Jessie Pinkman after the events of the explosive finale, in which he notably wasn’t given much screen time, as he tries to form a new identity for himself. Despite a fairly slow opening, the movie really picks up and provides some memorable moments that will satisfy long-time fans of the series. It was also good to see the old cast in their iconic roles again as El Camino had many cameo appearances, mostly in flashback sequences, from Breaking Bad itself. The world of Breaking Bad is still kicking about in the form of the ‘Better Call Saul’ prequel which currently has 5 series under its belt and which is critically acclaimed much like the show it spun off from.

It would be fair to say that 2020 wasn’t quite the exciting start to the new decade that we were all hoping for. I have my fingers crossed that we will have a better year this time around. My next blog post will be in January 2021 with a suitable Write Wise themed update. I have plans to partake in the 10 year anniversary for Write Wise as the year unfolds such as entering the challenge with a special story that should be a nice reflection of the decade. Have a Happy New Year!

There will be a substantial reward for the one who finds the Millennium Falcon. You are free to use any methods necessary, but I want them alive. No disintegrations.

Thanks for your comments! I haven't read, seen or played much of your picks but they do sound interesting from your comments. I really liked Colour out of Space and thought it mixed humour and horror nicely. It isn't often that a modern film tries to tackle Lovecraft's work. I also believe Phasmophobia is a great game. Each new case keeps me interested despite the fact that I have played it for quite a bit already. I am looking forward to what 2021 brings.

Happy New Year everyone! Bojack Horseman is the only one of your picks that I've seen, but I haven't seen all of it. I really enjoyed what I did see of that show though. It was very original.

For my picks, I am going to stick with things that came out in 2020.

For my favourite movie, I would go with Lynn+Lucy. I thought it was a very powerful drama. It's about a lifelong friendship tested to breaking point by a tragedy. The drama is top-notch with some very powerful scenes.

A second movie worth mentioning would be Saint Frances. I thought it was a fun comedy drama.

For favourite TV show, I would go with Tales from the Loop. I thought it was a very creative show with very good storytelling. The show has a nice aesthetic and interesting sci-fi elements, but the characters are a real highlight in this show.

Other TV shows worth mentioning would be The Haunting of Bly Manor and The Queen's Gambit. I really enjoyed both of those.

For favourite game, I'd have to go with Phasmophobia. I really like that game. I think its gameplay is very fresh and I think its design and mechanics are excellent. I found that game's coop very exciting. The uncertainty of how things worked made it one of the most interesting games that I have played in a while.

Nice picks! I haven't read, played or watched your choices – in the case of Legendary, I haven't even heard of it!

If I were to choose, I'd choose: Never Let Me Go for favourite book, Color Out of Space for film, The A Word for TV programme, and Amnesia: Rebirth for game.

I'm looking forward to your WW news, and to the 10 year anniversary challenge – I'm hoping to come up with something special to mark the occasion, too. Here's hoping for a good 2021. 🍷