Greetings fellow freinds, there isn't much news going around, so I just decided that this is an update about TSBFE chapter 2. It is a mouthful that tilte when you abrivate it, anyway its up in Warehouse 17. Here are two tongue twisters, they are  ridiculosly hard to say.

Quote of the day
I've just been down the gullet of an interstellar cockroach. That's one of a hundred memories I don't want.
Agent k
Men in black

The secret battle for Earth

Greetings,the first chapter of the second book of the Lutionn collection is up in Warehouse 17. This one takes place before Shepard and is probably the strangest book out of the out of the collection. It is more complicated than the first book, but it will pick up once more of the story line is revealed. I hope you enjoy it.

Written on Tuesday 20 October 2009 by falcon

Greetings, the epic final chapter of Shepard is in the Warehouse. This is the first book in the Lutionn collection, so there will be more adventure and stroyline in the several books after this. I hope you've enjoyed it and keep reading the others as they come out. I have really loved working on it and hope the others books will prove to be as fun as Shepard.

Written on Friday 9 October 2009 by falcon

Greetings, I have already wrote a reveiw on Destroy all humans ages ago, but I have completed all games in the franchise as far as I know. Neverthless the games is a brilliant experiance and would urge people to try it. It recieved fantastic reveiws for the first two games,a reasonably high for the third and a low one for Path of the Furon. The characters are original and funny, but most people thought it became to repetative for gameplay and jokes. Thourought the franchise you experiance the 50's, 60,s and 70,s batteling a vast aray of enemies. The weapons are fun to play around with and original. I think I enjoyed the sencond one the best. There is talk of a destory all humans tv show but nothing has been offically stated. Shepard chapter 10 is up in the warehouse. 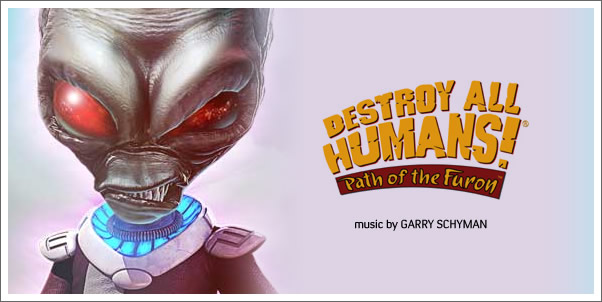 Quote of the day
It must be knowledge that frees them, not force.
Altiar
Assassin's creed

Written on Thursday 1 October 2009 by falcon