Greetings, I have created a quiz for no reason really, anyway here are the queations. Shepard chaper 7 is up in the Warehouse.

1. Who is Mario's brother?
2. Who said this statement - Whenever anyone wants others to do their work they call upon their Altruism. "Never mind your own needs," they say, "Think of the needs of... of whoever. Of the state. Of the poor. Of the Army, of the King. Of God." The list goes on and on. How many catastrophes were launched with the words "Think of yourself?" It's the king and country crowd who light the torch of destruction.
3. What is the capital of Luxemburg?
4. The 2012 Olympics and Paralympics will be held where?
5. In what year did Friends end?
6. How many Ghostbuster films are there?
7. What are these peoples names? Not the actors. 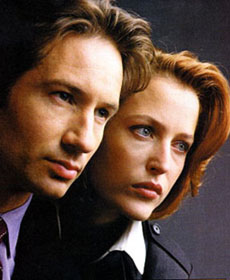 8. Pacman was origanly called what?
9. What colour are the Simpsons?
10. Who played Ross out of friends?

Quote of the day
We are what we choose to be.
Altair
Assassin's Creed

The 2 weeks and London

Greetings, allas my two weeks at the caravan have ended and the three day trip and the majority of the fourth of London. I seen a lot in the fascinating city including 2 arrests (one that involved a Horse Guard being pushed of his horse, I think that's what happened anway.) Me, my father and brother visited Buckingham Palace, Parliment, the Tower of London, Greenwhich where time starts, the British museum, the Imperial war museum, Charlie Chaplins's House and many more. I really enjoyed it and the hotel was comfy. Apparently  there was an armed roberry were me, my father and my brother were passing buy.  We seen two plays, the 39 steps which was hilarious and another one which some parts scared the crap out of the audiance. Here is the 6th chapter of Shepard, hope you enjoy it.

Quote of the day
Anyway, you need people of intelligence on this sort of mission. Quest. Thing.
Pippin
The Lord of the Rings The fellowship of the ring

Written on Thursday 13 August 2009 by falcon