Oh, wait didn't you read this already yes you did. There was three postes exactly the same. So I deleted one thinking it would only delete one.  I asked you what your favourite ten platform characters were or what order you would put them in. 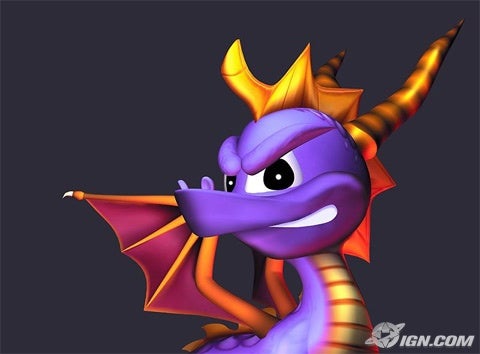 Quote of the day
Snakes. Why'd it have to be snakes?
Indiana Jones
Raiders of the Lost Ark

Written on Monday 29 September 2008 by falcon

Eight seasons of scrubs and the majority of episodes are incrediabley funny. The entire show is based on the  experiences of J.D. At the start he was just new to his medical carrer in Sacred heart. As the show goes on the raltionships expand showing true identity of the characters. It is one of the best shows ever made.Unfortunatly it is running out of ideas and they should stop soon. With a great cast of characters I canot decide who is my favourite.

Quote of the day
Look at that. Oh it's a nail. You wanna touch it? Touch the nail. Touch my nail! Touch it! LICK THE TIP OF MY NAIL!
Ben
Scrubs

Written on Monday 29 September 2008 by falcon

Sorry about no recent updates recently, School is giving work to do. The Star Wars clone wars okay. It wasn't a big storyline and it did not fit in really well as Anakin's Padawan was not in the third one .The plot is that Count Dooku and the Seperatists, kidnap Jabba's son without Jabba knowing it was them. Jabba awards safe travel through his ground to either the CIS or the Republic when they arive with his child back . It is up to Anakin and his Padwan to save Jabba's son. Written on Wednesday 24 September 2008 by falcon

Okay not much to say at the minute. Lets use the excuse that we don't know each other very well so I can put up photo graphs of  the flamings Lips, yes quite ingenius.  Breif history they were formed in 1983, changed nearly every member frequently, only the main singer has not changed. The name flaming lips came from a dream of the main singer when the virgin Mary kissed ,Wayne the main singer. They are an Amercian group. Here is their officail website

Written on Sunday 14 September 2008 by falcon

Sorry about no new posts recently the college has taken over my life at the moment. This post wil cause you to think. What is the greatest weapon in book, TV, game or film ? You can say anything you like from Aiens to Zulu. For me personaly it is the lightsaber. More updates soon.

Today a question is anserwed can a cat use a lightsaber?

Written on Thursday 4 September 2008 by falcon