The Boys From Brazil

Greetings, The Boys from Brazil is a 1976 novel by author Ira Levin who is also known for his earlier books such as ‘Rosemary’s Baby’ and ‘The Stepford Wives’. It was made into a movie that was released a few years later in 1978 which was directed by Franklin J. Schaffner. Schaffner directed iconic movies including Planet of the Apes and Papillion prior to adapting Levin’s novel. The film version stars renowned actor Lawrence Olivier as the protagonist, aging Nazi hunter Ezra Lieberman, and Hollywood leading man Gregory Peck as the nefarious Doctor Josef Mengele who serves as the villain of the story.

The story begins in Brazil in the September of 1974. Barry Kohler, a young American journalist, is investigating a potential plot by former Nazis who had escaped to South America after the end of World War 2. Kohler had been assisting a now old Nazi hunter by the name of Ezra Lieberman who was a famed academic, specializing in Nazi war crimes. Ezra is determined to catch the infamous Mengele, a Third Reich physician known as the Angel of Death who performed lethal experimentation on prisoners during his time in Auschwitz, and bring him to justice. It is believed that Mengele is in South America and feared that he is concocting a plan that will see Nazi Germany rise from the ashes following its defeat at the hands of the Allied Powers. Unfortunately for Lieberman, the world has lost interest in hunting down Nazis and his funding is drying up as a result. 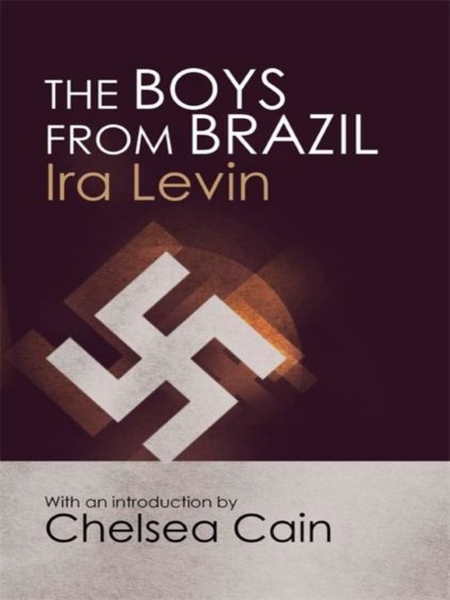 A group of German businessmen are attending a meeting in a Japanese restaurant and have booked themselves a private room. Kohler believes them to be members of ODESSA, an underground organization of former Nazis who escaped trail and imprisonment in Europe. Barry bribes one of the Japanese waitresses to hide a tape recorder in the room while the men are discussing business plans in solitude. After the meeting concludes, the waitress gives Kohler the tape recorder and he listens to it in his nearby apartment. Barry rings Lieberman and tells him he has uncovered a Nazi plot. He advises that six former SS officers are going to be sent out across the globe and are to kill 94 men, who share similar traits, on specific days. The victims are all civil servants and will die at the age of 65 but before Barry can explain why, he is murdered himself and the phone is hung up on Lieberman. Ezra initially believes the call to be a prank but as men fitting the description begin to die, he starts to take it seriously and tries to unravel the mystery that was given to him.

Prior to ‘the Boys from Brazil’, the only other book of Levin’s I had read was ‘The Stepford Wives’ which I had thoroughly enjoyed. Like ‘Stepford Wives’, I already knew a bit about the twists going into this book which is a big part of what the novel is relying on to entertain the reader or to hook them with. I still liked this book but the mystery wasn’t as impactful as it would have been before it had seeped into popular culture. What I find strange about this novel is that its antagonist was very much a real person and still alive at the time of its first release. Mengele would not die until February 1979 when he drowned after suffering from a stroke. I’d encourage you to give this novel a spin, especially if you enjoyed Levin’s other works.

Thanks for your comments! The Boys from Brazil is worth a read if you want to delve deeper into Levin's works. I'd like to read more of his bibliography, most notably Rosemary's Baby, and I'd be particularly interested in watching some of the film adaptations of his writings as I understand some of them are cult favourites in their own rights. While I knew some of the twists before reading it, the main mystery still eluded me until it was finally revealed and everything clicked into place.

Sounds like an interesting read. The prospect of escaped Nazi living in Argentina etc. is quite fascinating – decades ago, when they would've been younger, it must have been quite a scary thought. I have only read one book by this author – Stepford Wives – which I thoroughly enjoyed. Always meant to check out Rosemary's Baby, but maybe I need to add this to my list too.

Nice review. I really enjoyed Ira Levin's Rosemary's Baby and The Stepford Wives, but wasn't as interested in the synopsises of any of his other works. The Boys from Brazil is probably the most popular of his books that I haven't read. I only knew the general gist of what it was about before reading your review.