Greetings, Coma is a thriller novel that was written by American physician and author, Robin Cook, in 1977. It was his first major published work although he had previously penned a short book called ‘The Year of the Intern’ in 1972. Since then Cook has published many novels, two of which I have read. They are named Invasion and Abduction, both about extraterrestrial life on Earth, and I found that reading them was an enjoyable experience. Coma was the first story of his that I had read which lacked a supernatural element or tangent in it. Instead of being a paranormal genre, the story of ‘Coma’ is based on a medical premise with an underlining conspiracy theme.

The story follows a young medical student, Susan Wheeler, who is training at Boston Memorial Hospital. As the events are based in the 1970s Wheeler is practicing in a heavily male dominated field of occupation, a major theme in the novel that is often detrimental to Susan. When she is placed under the supervision of a young surgery resident named Mark Bellows, Susan comes across a comatose patient called Nancy Greenly. It is unclear what caused the patient to fall into a coma as Nancy had entered the operating room for a simple medical procedure that was needed to cure a minor condition. Something went wrong during the operation resulting in the patient becoming unconscious and non-responsive, an event that left the experts puzzled. Greenly is the same age as Wheeler, providing a motivation for Susan to uncover what had lead to the coma. 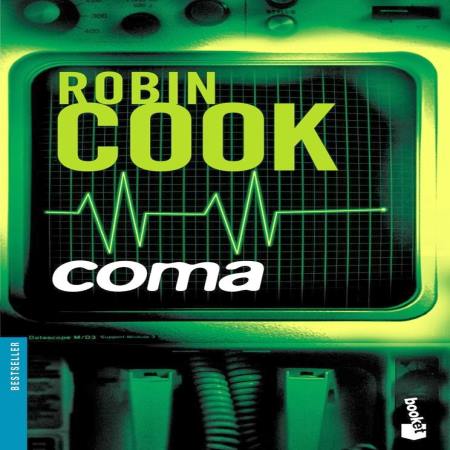 It isn’t long before the medical student meets her first patient, a man called Sean Berman, who required a small operation on his leg. Susan prepared him for his operation but after a few hours it was revealed that Berman had also mysteriously fallen into a coma. A determined Wheeler starts to research the two cases and begins to find similar incidents that had occurred within the hospital. Her discoveries and investigation are often irritating to the medical staff. As such, Susan comes to the conclusion that there is a conspiracy within the hospital due to the negative reaction her research receives and she attempts to bring Bellows into her investigation despite risking her entire career over a hunch.

Unfortunately, I didn’t enjoy ‘Coma’ as much as the other two stories and that is due to a few issues with the novel. These problems include having too much of a long build up to the interesting part of the plot in which the twist is revealed. While it is an interesting story line I felt that some scenes and characters were unnecessary and didn’t add much to the plot. Another notable concern considerable is that a number of characters were not expanded upon, lacked personality and didn’t have much time dedicated to them. Overall, it is a good novel with an interesting protagonist and premise but it pales in comparison to Cooks later works such as Invasion or Abduction.

Who are you talking to right now? Who is it you think you see? Do you know how much I make a year? I mean, even if I told you, you wouldn't believe it. Do you know what would happen if I suddenly decided to stop going into work? A business big enough that it could be listed on the NASDAQ goes belly up. Disappears! It ceases to exist without me. No, you clearly don't know who you're talking to, so let me clue you in. I am not in danger, Skyler. I am the danger! A guy opens his door and gets shot and you think that of me? No. I am the one who knocks!

The Secret Life of Walter Mitty

Greetings, the Secret Life of Walter Mitty is a film from 2013. It stars Ben stiller in the main role of the protagonist, Walter Mitty and it is an adaptation of a short story that was written by James Thurber in 1939. It is also a remake of the original movie that had been made in 1947.The film lacks a large cast of notable actors or recognizable stars. Aside from Ben Stiller the most prominent cast members are Patton Oswald and Sean Penn. The characters they play had a reasonably large role in putting the storyline into motion but the actors didn’t get much of a chance to perform, especially Sean, as they didn’t receive a lot of screen time in comparison to Stiller.

The plot begins with Walter Mitty attempting to build his courage and befriend a recently hired co-worker, Cheryl Melhoff, with the intentions of pursuing a relationship with her. The problem is that Walter doesn’t have the confidence to speak to her in person. As such he is forced to return to his job as a negative assets manager in the photography department for Life magazine. When he arrives at work it is revealed to Mitty that his company is being downsized due to the company’s transition to the internet. Therefore, the next edition of Life magazine will be the last printed issue and therefore it will result in many employees losing their occupations. 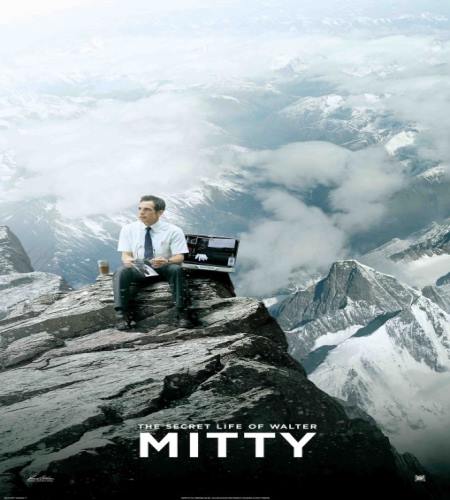 It is within Walter’s job description to ensure that the photograph makes it to the cover of the magazine. The picture was taken by photojournalist and adventurer Sean O’Connell, played by Sean Penn, who wants the photograph known as negative 25 to be used. O’Connell had sent Mitty a package that was supposed to contain photograph and a gift wallet for working with him for 16 years. Problems arise when negative 25 isn’t in the package. His job hangs in the balance and Walter threatened by Ted Hendricks, the transition manager, that if Mitty couldn’t find the picture that he was fired. This issue is further complicated by the nature of Sean O’Connell as he doesn’t stay still in one location as well as not having a mobile to contact him by. With the help of Melhoff, Walter is able to figure out that O’Connell is in Greenland but Sean wouldn’t be staying around for too long. This leads Mitty on a globetrotting in search of the ever moving photojournalist.

While there are positives to the movie, there were also a few aspects that are worth criticizing such as the day dreaming scenes. The character of Mitty tends to fantasies about committing heroic or outlandish deeds that are completely contrary to his dull nature. The daydreaming sequences were intended to give some personality to the character of Walter but in my opinion the scenes tend to disrupt the flow of the story without really adding anything. Another fault of ‘the Secret life of Walter Mitty’ that I found is that most of its jokes backfire in the sense that they are more strange than funny, leaving only a few memorable ones to keep the audience entertained. On the other side and on my own opinion, the film did get better as the story progressed. Overall it is worth watching but not something that you should actively seek out.

Bring us the girl, and wipe away the debt.