Greetings, Red Dead Revolver is a video game by Rockstar San Diego and was released over a decade ago, back in 2004. It was the first game in the Red Dead series, having been followed by the well-loved Red Dead Redemption in 2006 and Red Dead Redemption 2 which is scheduled to be released later this year. Despite being in the same series, Revolver appears to have limited links to Redemption but the next instalment could bridge the gap between Red and John Marston’s adventures. The game’s score uses various tracks from several composers after their deaths such as Mario Migliardi, Bruno Nicolai and Francesco De Masi. While there are several main characters, most of the actors and actresses voicing them are not well known. The main character, Red Harlow, is portrayed by Robert T. Bogue.

The story starts in 1880s America when Nate Harrow returns home after finding gold in Bear Mountain and making him an exceedingly wealthy man. His reunion with his Native American wife called Falling Star and his young son named Red is cut unexpectedly short. Raiders begin to attack the Harlow family in which both Nate and Falling Star are killed by the raider’s leader, Colonel Darren. Having watched his parent’s die and filled with a strong will to survive, Red pulls his father’s pistol from a fire it had landed in during the combat. Through the pain he fires it at Colonel Darren as the flames irreparably damage Red’s hand. The impact tears Darren’s arm clean off and provides Red with a chance to escape from his assailants. 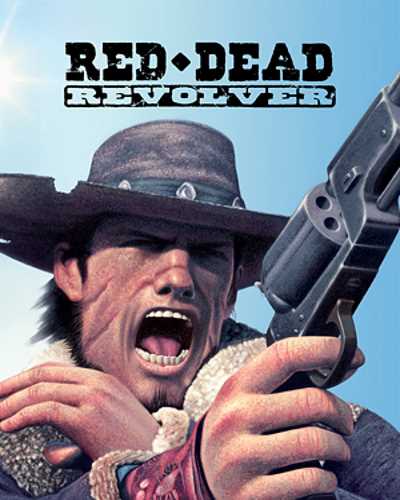 Many years later an adult Red has become a bounty hunter and still seeks revenge for the deaths of his parents. His dangerous escapades bring him to the small town of Brimstone in which he works for the local sheriff hunting quarry and pursuing outlaws. During his travels, he comes into contact with other main characters such as British sharpshooter Jack Swift and Annie Stoakes, a successful cattle rancher. As Red progresses throughout the story, he starts to uncover the conspiracy behind the massacre of his mother and father as well as coming closer to identifying his parent’s murderers.

Overall, this was a very fun game to play despite some bugs and glitches that made it quite difficult to progress at times. Revolver is much more cartoonish than it’s more serious and realistic sequel. For instance, one of the primary antagonists has a canon in lieu of an arm and one minor villain, a carnival ringmaster, gains the ability to teleport by drinking a magical potion. While many characters, including main ones, don’t really get a fleshed out personality or unique backstory I found the game to be quite charming in its simplicity. My review of Redemption back in September 2016 was full of praise for the game and Red Dead Revolver has only further added to my positive experience with the series. I look forward to seeing what else Rockstar can do with this intellectual property, especially regarding their plans with Red Dead Redemption 2 and how that might link all the games together.

I just know that there are two theories when arguing with women. And neither one works.