Greetings, Batman: The Telltale series is a 2016 video game developed and published, as the title explains, by Telltale Games. Telltale Games are well renowned for their episodic format and a story driven campaign that is affected overall by the player’s personal choices. Many games from well-known franchises have been created by the company and that list includes, but is not limited to, Back to the Future, Sam and Max, Tales of Monkey Island, the Walking Dead as well as Game of Thrones. This series features a plethora of talented voice actors and actresses which consist of Troy Baker, Dave Fennoy, Travis Willingham, Laura Bailey and Erin Yvette among others. The music was composed by Jared Emerson-Johnson, who has written the music for many of Telltale’s works. In keeping with the style of previous games, Batman has plenty of dialogue branches for the player to choose from and uses a series of quick time events as a mechanism for the action sequences.

The plot begins with Batman attempting to stop a theft in Gotham City Hall in which he encounters the professional burglar known as Catwoman for the first time. Batman fails to apprehend Catwoman as she makes her escape but he managed to attain the device she had attempted to steal, a computer drive. Both the Caped Crusader and Catwoman had managed to injure their opponent during their tussle, sustaining visible wounds in the process. Bruce returns to Wayne Manor in which his best friend and aspiring mayoral candidate, Harvey Dent, is hosting a fundraiser for his campaign. Dent, who is running against the incumbent and corrupt Mayor Hill, hopes to make Gotham free of the violent crime that plagues the city with the help of Wayne’s financial endorsement. The event takes a surprising turn when Carmine Falcone of the Falcone criminal syndicate enters the manor in full view of the press, including Viki Vale of the Gotham Gazette. Bruce takes Falcone into a private room at Alfred’s behest to shield their conversation from the prying eyes of suspicious fund raisers and the media. 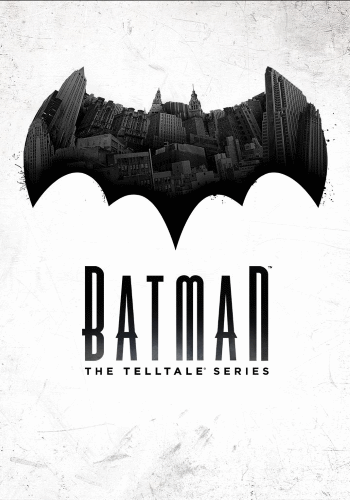 Once inside the room, Carmine expresses his concerns about Dent’s policies further explaining that he and Bruce’s deceased father go back a long time, once forming a strong business orientated relationship. Falcone offers Bruce the opportunity to take up his father’s mantle and secretly run Gotham alongside Carmine’s mob as well as with Mayor Hill before the mob boss leaves the manor. Bruce initially shrugs off the notion that his family’s wealth came by illegitimate means but reputable news sources begin to spread it as credible, tarnishing the Wayne name and causing damage to Harvey’s campaign in the process. The next day, Bruce meets with Harvey in order to discuss the claims and to contain or disprove the story as effectively as possible. It is here that Wayne meets Dent’s girlfriend, a woman named Selina Kyle who is otherwise known as Catwoman. It isn’t long before both Bruce and Selina uncover each other’s identity due to the wounds they managed to land on each other.

I really enjoyed this dark take on the Batman property which managed to reinvent or reimagine many characters such as a modernized Penguin and Viki Vale in interesting, unexpected ways. Many noteworthy and classic villains were involved in the five episodes although Bruce’s primary antagonist, the Joker, is relatively unused which makes a nice difference to the rest of the Batman games. Another difference that I appreciated is that the Dark Knight’s alter ego of wealthy industrialist Bruce Wayne plays a much larger role than in previous games such as the Arkham series in which he is normally overlooked. The player also has to choose between the two identities in some confrontational situations, allowing Wayne to play an even greater role in this particular adaptation. The Telltale team also ensure that many of Batman’s key skills or aspects are incorporated into their depiction such as the detective mode that gives players the opportunity to solve various crime scenes related to the overarching plot. A Sequel entitled Batman: The Enemy Within has also been published and it is one I would like to get my hands on, especially after the fun I had with this instalment.

Mini-Me, you complete me.

Austin Powers: The Spy Who Shagged Me