Greetings, I doubt anyone will no anything about this book or the author but I'll review it despite that. Abduction is written by Robin Cook, an ex-doctor who normally writes medical thrillers but has also wrote two Science fiction books one called Invasion which I loved and the book that is being reviewed now, Abduction. A new sea mountain has been recently discovered by a Company which drills for resources under the sea, at least I think that's why they are there, it has been a while since I read the book. The President of the Company, called the Benthic Marine becomes stressed when informed that with all the money he invested into finding the resources has ultimately failed when they learn the Sea Mount Olympus is hollow.

Eventually he is persuaded to relax by exploring the Mount in a sub as previous divers are stunned by the environment. He is accompanied by an oceanographer called Suzanne and an ex-naval commander Donald, while out exploring the Mount the sub is forced down inside it, severing their communications with the ship they were travelling in. After a period of time, two divers named Richard and Michael look for them but suffer the same consequences. The three in the Sub when the ship is no longer moving explore the cavern around them, Donald believe it is the base of Russians from the cold war and as a bright light shines through the darkness they go to meet their captors. I love this book and it is a real page turner, well worth a read. The writing is easy to follow and understand making it one of the best books I have ever read. The seventh chapter of the War for Humankind is up in the Warehouse. 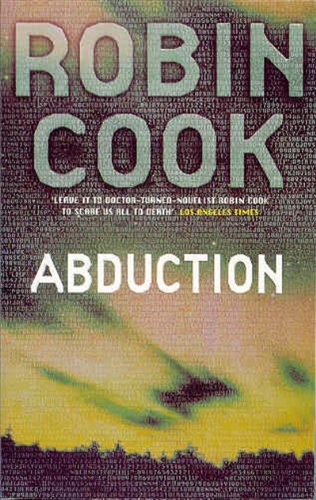 Greetings, Inception has a unique storyline which can be hard to follow but it doesn't matter if you can't understand it, the action scenes make it worthwhile. Leonardo DiCaprio plays a character who I think has the name Cob, I'm not really sure if that's his name as I didn't really catch any of them apart from Arthur, his colleague or his ex-wife Moll. The main character works for an organization that uses their victim's dreams to get information or for the victim to take action. Cob and Arthur go inside a shared dream to complete their orders, if they die in the dream they can come back to reality. Cob is given a quest by a victim of the organization he works for to destroy an energy company that is close to having all the energy resources in the world. As the leader of the company is dying, his son is about to take over, this is when Cob has to set up a team to under take an implausible mission in order to see his children again. The special effects are brilliant and it is something to watch in the cinema, on a normal TV it wouldn't have the same effect. The actors make it believable and I think it is one of the best films of 2010 along with Toy Story 3. The sixth chapter of the War for Humankind is up in Warehouse 17. If you can't do it with one bullet, don't do it at all.

The league of extraordinary gentlemen

Quantum of Solace the video game

Greetings, Quantum of Solace is the latest James Bond video game which covers the last two films. Casino Royale in my opinion was probably the worst 007 film ever made due to the lack of gadgets and confusing storyline, this game helped me to understand the plot a bit better, which actually does make sense when I had the time to think about it . Essentially the storyline is James Bond trying to find the killers of Vesper and taking out Dominic Greene with his plans of capturing water in order to throw over a government. 007 tries to help Camille take revenge on a General who killed her parents while trying to deal with his own problems.

Overall it is an okay game but quite short despite having the two films intertwined, unlike the earlier James Bond games you don't necessarily get to fight bosses and when you are given the opportunity they die easily. I found the game to be average, an alright game that was enjoyable enough. It did not have many negative points about it but there isn't a spectacular feature either. If the game was a couple of pounds I would encourage you to play it. The fifth chapter of the War for Humankind is up in the Warehouse.

The game is afoot.  Follow your spirit and upon this charge - Cry, God for Harry, England and Saint George!

Greetings, George Orwell's 1984 is set in the area of Oceania, which is mainly the British isles and America. The world is split into three states Oceania, Eurasia and Eastasia. The main character is Winston Smith, a thirty year old man with a varicose ulcer who has a constant secret war against the tyranny of the Party and the figure head Big Brother. Constantly under surveillance, Winston begins to write his own diary of his expressions against the dictatorship knowing that the chances of the being caught by the thought police were high. As his rebellion grows he starts having a secret affair with a young woman named Julia, the Party try to destroy families as love in any shape could destroy them. This book is a real page turner and I would encourage anyone to read it, it also has an interesting theory behind t as to how the world has to work. The wording is simple to understand and so therefore more enjoyable to read. The fourth chapter of the War for Humankind is up in the Warehouse. Your mother was a hamster and your father smelt of elderberries! Now leave before I am forced to taunt you a second time!

Monty Python and the Holy Grail

Greetings, Mass effect rightly deserves the title Super Duper fantastic 100% the best along with the two other games Bioshock and Jade Empire. Like Jade Empire Mass Effect was made by Bioware and is similar in the fact that you can choose to help others by completing secondary missions, Mass effect will end with two types of endings the Paragon ending if you do mostly noble actions or the renegade ending if you do selfish actions. You play as the character Commander Shepard and give his background, appearance before the game starts.

Commander Shepard is given the spaceship Normandy as the previous owner has to give it up as he was forced by the council. Shortly after, you become the first Human Spector for the council you are given the task of finding out why a Turian named Saren, a former Spector is leading AI's known as the Geth. Through the game Commander Shepard receives help from six allies in the quest to stop Saren, they are a human soldier named Kadian, Ashely, a turian called Garus, a Krogan Wrex, an Assari who is called Liara and a Qurian named Tali. The game sets difficult problems which will affect the storyline, the graphics are brilliant. I really enjoyed this game and would encourage others to play it. The third chapter of the War for Humankind is up in the Warehouse.

Woody once risked his life to save me. I couldn't call myself his friend if I weren't willing to do the same. So, who's with me?