Greetings, Fargo is a 2014 television series based on the Coen Brother’s 1996 film of the same name. The story is set 19 years after the movie, meaning that it is focused on an entirely new cast of actors and characters while occasionally referring back to the themes or important plot points from the 1996 version of Fargo. It contains similarities to the movie as there is introductive text at the beginning of each episode, suggesting that the storyline is based off real events that took place in Minnesota during 2006 but despite the claims it is a work of fiction. The series does have a relatively large cast with some of the more noticeable actors and actresses including Martin Freeman, Billy Bob Thornton, Allison Tolman, Colin Hanks and Bob Odenkirk.

The story begins with Lorne Malvo, a contract killer played by Thornton, crashing his car on a wintry highway outside the city of Bemidji, Minnesota. Malvo is slightly injured in the accident and goes to a nearby hospital to get aid. The story also focuses heavily on Martin Freeman’s character, Lester Nygaard, an insurance salesman and henpecked husband. One day Lester bumps into an old high school bully of his, a man called Sam Hess, who intimidates Nyggard into accidentally breaking his nose when trying to flee Sam. As such Nygaard meets Malvo at the hospital where the two discuss what had caused Lester to break his nose but the conversation takes a strange turn in which Lorne stated that he would have killed Hess if he was in that position. Malvo continues the conversation by promising he would kill Hess for free if Nygaard agreed to it. A confused Lester was called by a nurse before he could answer, leaving the assassination open to interpretation. 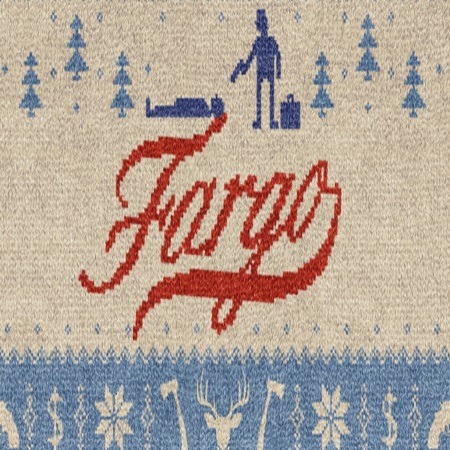 Later on Lorne does kill Hess, a lowlife criminal with connections with a crime syndicate in Fargo, as Nygaard never said no to the proposition. In return the Fargo criminal organization send two of their own assassin’s to track down Sam’s killer, hoping to avenge his death. The story returns to Lester after he returns from hospital. In the spur of the moment he kills his abusive wife, Pearl, with a hammer and calls Lorne to dispose of the body. At the same time Hess’ death is under investigation by the local police force, the meeting between Nygaard and Malvo is discovered in which Sam’s name was often referred to. As such police Chief Vern Thurman travels to Nygaard’s house to question him about Hess’ murder, where Pearl’s corpse is hidden in the basement. Thurman is shot dead by Malvo before Lorne escapes, leaving Lester trapped in a crime scene. Nygaard decides to run into a wall with intentions of knocking himself unconscious, in order to create an alibi in which he was supposedly attacked as well. The investigation falls to Deputy Molly Solverson after the death of her boss, in which she has to unravel the complicated case which appear to be different and unrelated crimes.

That is the main outline of the plot but there are many other storylines that run through it and characters that have a bigger presence later on in the series. The character progression is done particularly well, especially with the fall of Lester Nygaard into the depths of immorality. Lorne Malvo is the character I found that was the most intriguing who was played brilliantly by Thornton. His mischievous nature, oddly worded threats and references to Biblical scriptures have lead some fans to believe that he is actually an incarnation of the Devil but this is never stated outright by the writers. The music, composed by Jeff Russo, sets the mood nicely and positively enhances the experience. I really enjoyed this series and look forward to what season two has to offer.

Greetings, Guardians of the Galaxy was released in 2014 and is the latest instalment in the Marvel Cinematic Universe. It provides a few subtle references to previous films including the Avengers but it is mostly a self-contained story that revolves around new settings and characters. Some of the most prominent cast members include Chris Pratt as the main protagonist, Zoe Saldana, Bradley Cooper, Vin Diesel, Dave Bautista and Karen Gillan. Guardians is quite different from the rest of Marvel’s work as it set in space rather than being confined to Earth, providing quite a lot of new lore, extra-terrestrial species and civilizations to experience that hadn’t been mentioned in the pre-existing plots.

The story begins on Earth during 1988 with a young Peter Quill at his dying mother’s bedside. An emotionally distraught Quill runs outside of the hospital when his mother passes, having lost her fight against cancer. When Peter is alone, he is abducted by an alien pirate ship that is captained by an extra-terrestrial called Yondu. The film skips 26 years into the future with an adult Peter Quill who had been raised by Yondu and the pirates that captured him since his mother’s death. Peter followed in their footsteps and became a thief, going by the name of Star-Lord. Quill is sent on a mission to the deserted planet of Morag to steal a mysterious orb but he is intercepted by Korath, a subordinate to the villain Ronan, but Star-Lord manages to escape with the orb in his possession.

The antagonist, called Ronan, is a fanatical alien known as a Kree that wishes to destroy the civilization known as Xandar. While his hatred for Xander isn’t expanded upon it is revealed that he plans to annihilate planet by acquiring the orb that was stolen by Quill, by handing it over to opne of the strongest beings in the universe, Thanos. In return Thanos would destroy Xandar. Seeing that Korath had failed in his task to get the orb, Ronan sends the assassin Gamora to retrieve the object from Star-Lord. Gamora hunts down Quill on the planet of Xander but Peter has also caught the attention of two bounty hunters after his bounty, an intelligent racoon called Rocket that is the result of an experiment, as well as the humanoid tree creature known as Groot. The four end up in a fight on Xandar before being caught and sent to prison by the Nova Corps, in which they meet the fifth protagonist, a prison inmate called Drax. The five decide to work together to escape the high security prison, gradually forming the team that would become to be called the Guardians of the Galaxy.

The film is very impressive overall with an interesting soundtrack that runs throughout the movie, giving it a unique feel and keeping a connection to Quill’s past on Earth while adding to his character. The actors and actresses gave good performances, delivering their lines well, especially in the many humours scenes. It is my personal favourite of the Marvel Cinematic Universe so far and it seems to be building up the character of Thanos, who was barely in the film, for future works. I look forward to what the sequel will add onto the success of the original and what impact Guardians of the Glaxy will have on other Marvel films.

A famous man once said, "We create our own demons." Who said that? What does that even mean? Didn't matter. I said it 'cause he said it. So now, he was famous and it was basically said by two well-known guys. I don't... uhh... I'm gonna start again. Let's track this from the beginning