Greetings, with this last blog update of 2013 I want to wish you a happy Ney Year. I intend to quickly cover a few categories of entertainment with my favourite television shows, books, games and films that I have experienced over the year. Those on the list are merely ones that were reviewed on the blog this year rather than being any media that was produced in 2013.

Television show of the year-Breaking Bad

One of the best television shows I have seen in a while with well developed, interesting characters that often blur the lines of morality and it has an intriguing plot to keep the audience entertained. Walter’s fall from grace and the rise of his alter ego and meth cook, Heisenberg, proves to be an exciting experience that was responsible for a lot of the show’s attraction. It managed to maintain its high quality throughout the five seasons and I am eager to see what will happen with Saul’s own prequel and spinoff.

The sequel to Valve’s Portal is humorous, intelligent and filled with colourful characters. While there were only a few actors and actresses in the game they still managed to bring enjoyable characters to life with well delivered as well as comedic lines. I particularly liked the twist in the plot which I believe worked very well by placing Chell against a rather clumsy, incompetent and rambling villain. 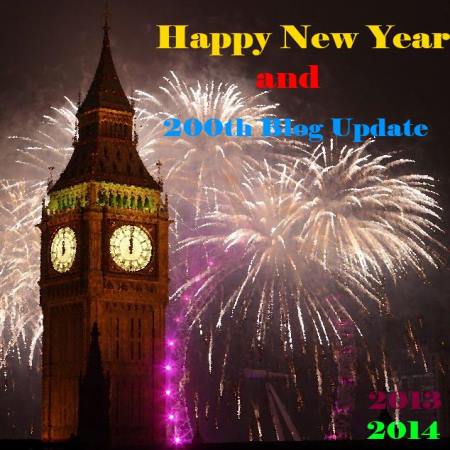 Book of the year-Game of Thrones

The first book in the A Song of Ice and Fire series which creates a vast world to explore that is filled with underhanded, unscrupulous and downright mischievous characters that are compelling. There are many interesting characters that are conspiring against each other but in my opinion the most intriguing is Tyrion Lannister. Much happened in the first novel and concluded with the reader wanting to know more about the world, its lore and supernatural creatures as well as how is going to win in the power struggle.

I haven’t seen or reviewed many movies this year but I decided to claim that ParaNorman as film of the year despite being released in 2012. It is an entertaining film about a young boy, called Norman, who can interact with ghosts and as such is ostracised by society as the small community of Blithe Hollow don’t believe him. It has an enjoyable storyline built around the dead rising from their graves and the return of a witch. The plot twist is also unexpected and nicely carried out by challenging the audience’s perceptions via going against certain tropes.

I would also like to point out that this is the 200th entry on my blog. I have enjoyed my time here in this small community and liked interacting with it through projects such as Warehouse 17 as well my continuing contribution to Write Wise. It will be interesting to look back on the blog’s progress when I have reached 300 entries. I hope you have enjoyed 2013 and look forward to what 2014 will bring.

This next test applies the principles of momentum to movement through portals. If the laws of physics no longer apply in the future … God help you.

Greetings, this is a small blog update wishing you a Merry Christmas and a Happy New Year. In the past Christmas Eve would have been dedicated to a special Christmas episode of the Adventures of Roman and Fletch. This is no longer the case as it was concluded in November last year. In its place, I created a Christmas version of Frontier Planet, which was set shortly after the original, and I hope you enjoyed it. I intend to keep writing Christmas themed entries for Write Wise’s December Challenge in the future. The entries could be a special version of an established series or a one off like Cogworld. The next update will be on New Year’s Eve consisting of a quick summary of the year and will be the 200th entry on this blog! 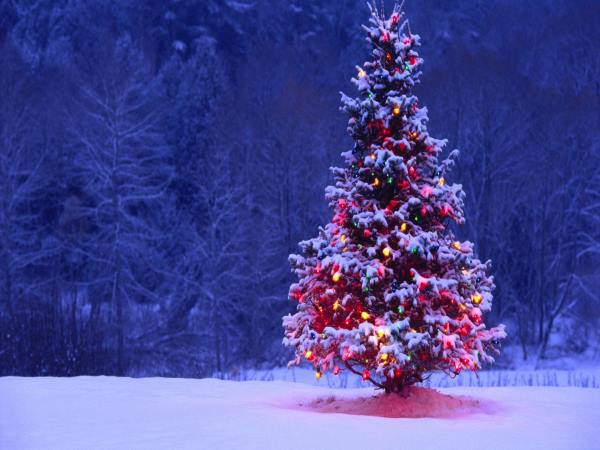 In a hole in a ground, there lived a hobbit. Not a nasty, dirty, wet hole full of worms and oozy smells. This was a hobbit-hole and that means good food, a warm hearth, and all the comforts of home.

The Hobbit: An Unexpected Journey

Greetings, Breaking Bad is a television show that was created by Vince Gilligan and last five series. It stars Bryan Cranston as high school chemistry teacher turned meth cook Walter White, best known for his work as Hal in Malcolm in the Middle, and Aaron Paul plays drug addict Jesse Pinkman. The show has created many great characters including the drug lord with an unclear past named Gus Fring, the charismatic lawyer known as Saul and the professional hit man called Mike to name just a few. It should be noted that Saul is getting his own television show that will be a prequel to Breaking Bad.

The plot is centred mainly on Walter White, his relationship with his family and a parental figure for former student Jesse, as well as his transformation into his alter ego Heisenberg. The story begins with Walter receiving news that he has lung cancer. This comes as a financial blow to him as he is already struggling to provide for his family that consists of Walter Junior, who has cerebral palsy, and his pregnant wife Skylar. In a ride along with his brother in law and DEA agent, Hank, Walter witnesses a drug raid on a meth lab and finds an old former student of his called Jesse Pinkman running from the crime scene. Later on White tracks down Pinkman and offers him a deal to combine his chemical knowledge and Jesse’s distribution system to sell high quality meth in order to pay of his medical bills. Pinkman agrees and they by an RV and use it as a mobile lab. 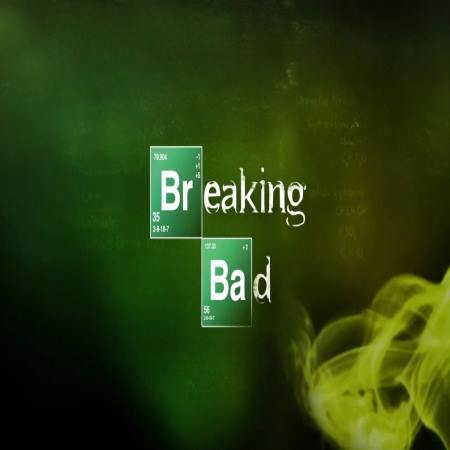 Their entrance into their underworld occupations starts violently as White’s morality is called into question early on in the show. The two become more professional, cooking meth to such as high standard that they come to the attention of drug kingpins such as the sociopathic Tuco and the reserved Gustavo Fring. Walter attempts to hide his secret life from his family but he causes suspicions with his lies that threaten to reveal his alter ego. As the series moves on his morality breaks down and his greed, fuelled by his disappointment in life, begins to take over allowing White to do more ethically questionable things.

It is a very entertaining show in my opinion, with many complex as well as compelling characters with intriguing and ever changing relationships that seem to decay as time moves on. While it takes its time in building up the story, I believe it was paced well, enhanced with memorable music and excellent acting to make it a brilliant show that has earned its place in popular culture. I look forward to what Gilligan plans to do with Saul Goodman in his own prequel storyline and if some of the original characters will appear.

Dark Tower: Wolves of the Calla

Greetings, Wolves of the Calla is the fifth novel in Stephen King’s Dark Tower series. It follows the adventures of Roland Deschain and his small group of comrades as they continue their search for the mystical Dark Tower. By finding the Tower, they hope to understand why their worlds as well as time itself are beginning to fall apart and once discovered Deschain hopes to reverse the trend. The book is a mixture of the fantasy and western genres and in this series King seems to be connecting his novels together. Father Callahan, the protagonist from Salem’s Lot, became a prominent character in this story and it is suggested that he will remain for the other books as he becomes a member of Roland’s group.

The plot begins with Roland and his team coming across a small farming community called Calla Bryn Sturgis in their travels. This is the first inhabited settlement they have come across for a long period of time and it is where they meet Father Callahan, who had originally lived in Earth but managed to find his way into Mid-World after the events of Salem’s Lot. It is revealed to the gunslinger by the villagers that the little village would soon be plunged into danger by a recurring threat known as the Wolves of Thunderclap. Initially, the nature of the Wolves is unknown but it is uncovered that they take one young child from a set of twins away from their families once every generation for an unknown reason. 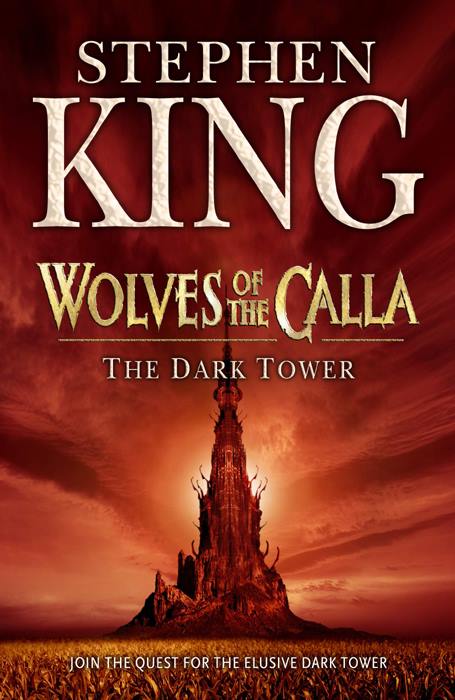 The children are taken to Thunderclap, a hostile region that the villagers do not enter, and eventually the kids are returned to their families but lose their intelligence as well as die young in a violent manner. Andy, a messenger robot whose origins are unknown, informs the villagers that the Wolves would return to steal the children in one month’s time and so the people of Calla Bryn Sturgis are divided amongst themselves. Some want to resist the Wolves, believing that the arrival of the gunslingers could ensure victory while others are too frightened of the consequences if they resisted. A secondary plot is also established as it is revealed that Susannah, one of the five team members, is pregnant with a monster child and has developed another personality that threatens to take control of her mind.

As usual King builds up the pace slowly with an action scene at the end. This story was mostly based on tales of other characters and building lore for Calla Bryn Surgis, a large portion of the book is dedicated to Father Callahan recalling the events of Salem’s Lot which is based on vampires in America. The interaction between the five main characters, who all meet in the third book, is still a strong point of the adventure and helps move the bizarre storyline move along. The Dark Tower has expanded outside of the original novels, with prequel comic books centred on Roland and there are rumours of a possible film.

You know what you are? You're a beard with an idiot hanging off it.