Greetings, this is the last blog update of 2015 and as usual I will be awarding my favourite titles from various mediums with my personal ‘game/book/television show/film of the year award’. Like previous years, the medium doesn’t have to be created or released in 2015 but I have to have played, read, watched or otherwise experienced them during this year.

Unlike previous years I didn’t review a single television series on my blog in 2015. As a result I had to select something that I haven’t previously referenced in relation to the blog and so I picked Fullmetal Alchemist: Brotherhood. Brotherhood is an anime adaptation of the manga and unlike the original anime from 2003, Brotherhood is meant to be a more faithful account of the source material. It is set in the fictional nation of Amestris, in a world where alchemy is able to transform objects under the guidance of a knowledgeable alchemist. Two boys by the name of Edward and Alphonse Elric decide to use their alchemic skills to bring their dead mother back to life through human transmutation. The attempt is a failure, causing Ed to lose a leg and Al his body in the process. Edward manages to bond his brother’s soul to a suit of armour in exchange for his own right arm. After the event, the oldest brother receives a robotic arm and leg from his childhood friend as well as a skilled engineer, Winry. Edward then joins the State military as an alchemist under the direction of Colonel Roy Mustang. The two Elric brothers set out on a quest to return to their own original bodies that they had lost in the transmutation ordeal. The show is an entertaining watch, full of original, fun characters and has an incredible score as well which really adds to the overall atmosphere.

Game of the Year: The Walking Dead Season Two

The second season of the Walking Dead is following in the steps of the original series as it was also awarded the game of the year in 2014. I have grown fond of Telltale’s titles and the Walking Dead franchise is one of my favourites of their works. The player is reunited with an older but still lovable Clementine after the death of Lee and the various fates that befell the original cast. Shortly after Omid is killed off in the introduction, Clementine and Christa are attacked by a band of scavengers which leads to Clementine being separated. The isolated girl, now the controllable protagonist, wonders through the area on the lookout for Christa but is injured by a hungry and aggressive dog. A weary Clementine is found by two survivors named Pete and Luke. Clementine must convince them that she wasn’t bit by a zombie to receive the medical attention she requires and to join the community in the cabin. 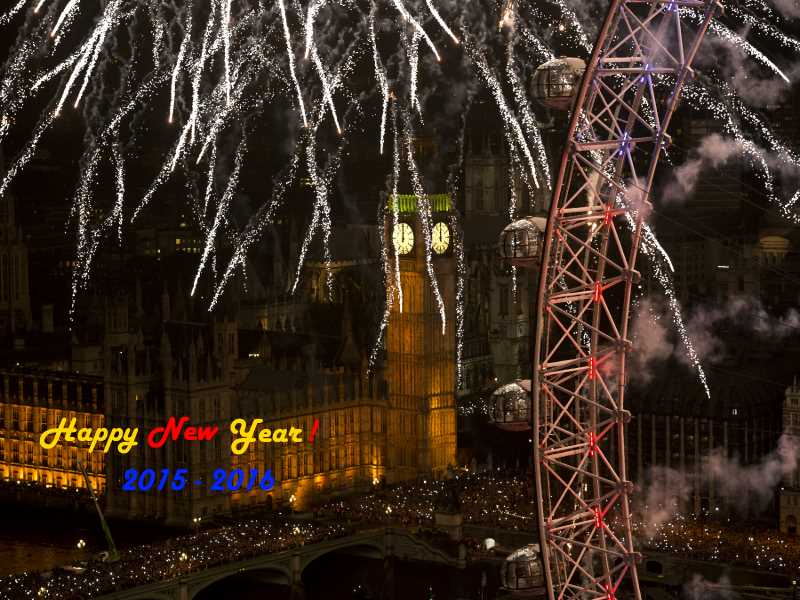 Book of the year: Lonesome Dove

Lonesome Dove is a book written by Larry McMurtry and was published in 1985. While it is the first novel to be written chronologically, it is actually the third book in the series. I really enjoyed the first three and am hoping that the fourth story, the streets of Laredo, will keep up the high standard in the conclusive arc. Lonesome Dove follows the adventures of retired Texas Rangers Woodrow Call and Augustus McCrae. The story has several strains that keep intermingling as different characters continually cross each other’s paths but it mainly follows the journey of McCrae and Call as they, along with several other characters, drive cattle from Lonesome Dove in Texas to Montana.

Film of the year: Jurassic World

Jurassic World was released in 2015 and serves as the fourth movie in the series. It is easily my second favourite out of the lot, just behind the original 1993 hit. It stars Chris Pratt and Bryce Dallas Howard alongside others including some who were reprising their characters from Jurassic Park. Jurassic World is set two decades after the events of the first movie in which a new park has successfully been opened on Isla Nublar. However, customers are growing bored of the sights which then prompts the Masrani Global Corporation to create a new genetically modified dinosaur. As usual, the security system of the park proves to be unable to prevent a dinosaur break out and it is up to Owen Grady as well as his four trained velociraptors to save the day. I look forward to the sequel which is planned to be released in 2018.

That is it for this year’s blog entries. I hope you have enjoyed 2015 as much as I have. I believe that 2016 will prove to be an even better year in which I will return in with my review of Star Wars Episode VII: The Force Awakens. Have a happy New Year!

Hey. Did I ever tell you about the time when I wooed the beautiful Princess of Saturn?

Greetings, this is a quick update is to wish you a merry Christmas and a happy New Year as per my tradition on this blog. I should point out that I had trouble finding the time to update to the blog this month as I was writing the Misadventures of Murdoch and McKenzie. Nonetheless, I have posted a review of the comedic mockumentary ‘What We Do in the Shadows’ a few days ago in order to write at least two blog updates per month.

In Write Wise related news, I am glad that you enjoyed my latest entry and I am hoping to release a few new stories in the upcoming year of 2016. I plan to continue the Scoundrel Squad with a sequel at some point in the next year as well as returning to the Guardian series. 2015 has been the only year for the series to be absent from Write Wises site since I wrote the first Guardian story in 2012. I am aware that because it is a long running series that it has several issues such as having to remind the audience what had happened previously and to keep the reader informed as to what motivates certain characters. It is for this reason that I always release Guardian entries in pairs of two. I’m hoping to write sequels or prequels to some of my previous standalone entries such as Cogworld or the Death and Life of Ellen Smith in the future as well. One genre I haven’t touched on yet is fantasy. I would like to write one when I am ready and available to do so. 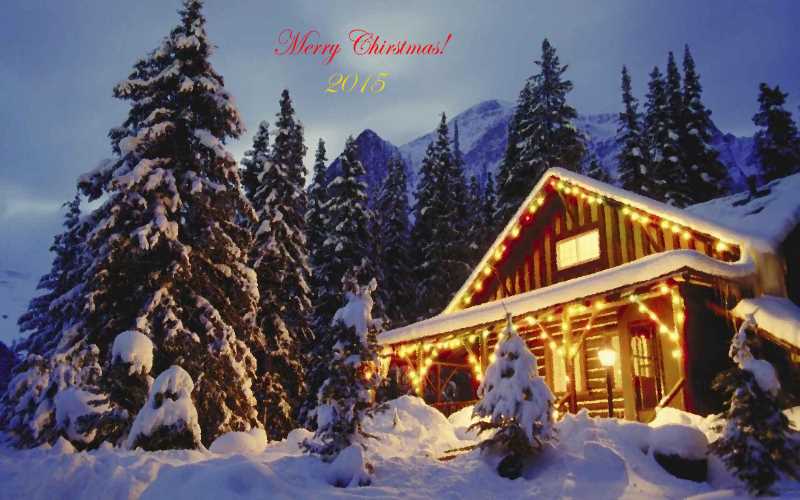 The next update on this blog will be the final update of 2015. As with previous years it will be a roundup of entertainment from titles that I have reviewed and experienced this year but were not necessarily released in 2015. As I have not written a review for a television series this year, I will have to pick one that I have watched but haven’t gotten around to reviewing. Star Wars Episode VII: The Force Awakens will not be consider for the best film of the year as I have not reviewed it yet but aim to do so as the first update of 2016. I believe that 2015 was a good year overall, in which I had plenty of new experiences that I have enjoyed, met new people, left my life as a student at Queen’s University and entered the world of work. I hope you have a very merry Christmas and a happy New Year.

What We Do in the Shadows

Greetings, What we do in the Shadows is a comedic mockumentary film from New Zealand that was released in early 2014. It was directed by Jemaine Clement, best known for his role in Flight of the Conchords, and fellow New Zealander Taika Waitti. The cast is relatively unknown but consists of 5 main roles, the majority of which are vampires or other supernatural creatures such as werewolves and zombies. Waitti stars as Viago, Ben Fransham portrays Petyr, Jonathan Brugh is Deacon, Jemain Clement plays Vladislav, Cori Gonzalez-Macuer as Nick and Stu Rutherford as their human friend, Stu. The film has a very straightforward plot as it merely follows several vampires as they go about their daily life in the modern world and gives an insight to the undead nightlife in New Zealand.

The storyline begins with a simple introduction, stating that four vampires have allowed a camera crew into their shared flat in Wellington to document their lives. It intially focuses on the four central characters of Viago, Petyr, Decon and Vladislav before expanding into the lives of other individuals and side characters as the film progresses. It should be noted that the characters vary in age as Petyr is 8,000 years old and is therefore the oldest in the group while Deacon at 183 is the youngest vampire. Due to his advanced age Petyr rarely talks and only has a few scenes devoted to him. While he isn’t in the film for overly long, Petyr does move the plot forward by being a central figure in starting several strands of the storyline. The backgrounds of each character, such as Deacon’s past as a Nazi vampire or Viago’s romantic struggles, are explained briefly through the interview segments in which one individual speaks directly to the camera. The interviews help the audience understand the personality and traits of the character as well as their attitude to the outside world. 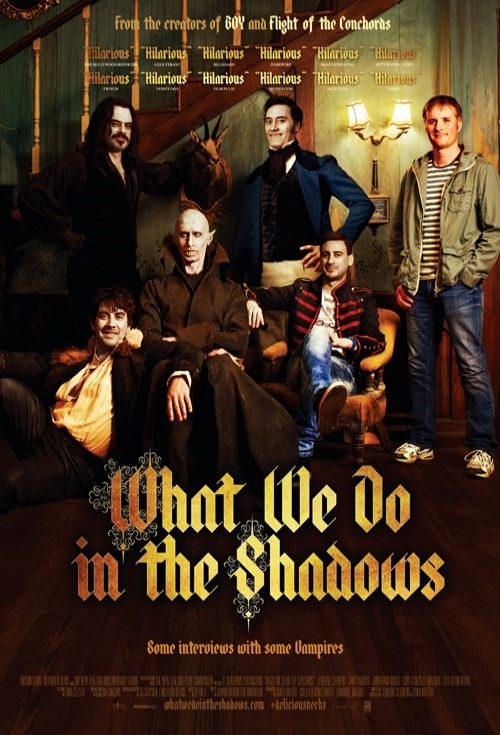 The plot really picks up once Nick enters the scene. Jackie, a human who works for Deacon as she is under the impression that Deacon will bite her and make her immortal, is responsible for introducing Nick. It is important to mention that Nick is Jackie’s ex-boyfriend and he is brought to the flat under false impressions. The real intention is to let the vampires drink his blood. Once Nick is aware of the trap, he tries to flee the area but is eventually caught by Petyr. It is later revealed that Nick had been transformed into a vampire and the camera crew include him in the documentary as he tries to control his new found powers during the early stages of the movie. It is through Nick that a human character called Stu, a likable introvert with IT skills, is introduced to the group. Stu easily befriends the vampires and helps them enter the digital age of which they had been blissfully ignorant of beforehand.

I really enjoyed this movie for its outlandish premise and colourful characters. The interactions between the fictional figures, particularly their quirky friendship with Stu and their rivalry with werewolves, is one of the strong points of the film. The whimsical humour was also another highlight in my opinion and the comedic scenes are very prominent throughout ‘What we do in the shadows.’ I would encourage you to watch it if you are in the mood for a comedy film or are a fan of the Flight of the Conchords in general.

I always knew death would wear a familiar face... but not yours.