Greetings, it is the last day of the year once more and in accordance with tradition I am going to briefly review my favourite pieces of various entertainment media that I experienced or reviewed this year. In future, I intended to combine the New Year’s Eve and the Christmas Eve blog updates as part of my plans to produce less blog content. As always, the category winners did not necessarily have to be released this year but I will have had to have read it, watched it or played it in the last 12 months. In fact only one of the winners was released in 2016.

Series two of Fargo, an exciting prequel to the first season, narrowly lost to Netflix’s megahit Stranger Things. The story mainly follows a group of four friends growing up in a small American town called Hawkins during the 1980s. The group become entangled in supernatural events when one of the boys, named Will Byers, is attacked by a monster on his journey home alone. When it becomes apparent that Will is missing, the three remaining children search for their absent friend but encounter a strange and often silent girl where Will had vanished. It is soon revealed to the audience that the girl named El, an abbreviated form of eleven, has psychokinetic powers and claims to know of Will’s location. Due to the phenomenal success of the first series, a second season is already in development.

Red Dead Redemption is a 2010 video game from Rockstar. It is a sequel to 2004’s Red Dead Revolver and a new instalment to the Red Dead series was announced in October of this year. The plot is centred on the flawed and charismatic protagonist John Marston, a former outlaw, who is attempting to capture his old criminal allies in the twilight era of the Wild West. He is motivated to track down his targets as the Federal Bureau of Investigations is holding Marston’s family as hostages until he completes his mission. There is also a very glitch filled but highly entertaining DLC entitled Undead Nightmare in which the American Frontier is infected by a zombie plague and John Marston must fight his way through the undead hordes. 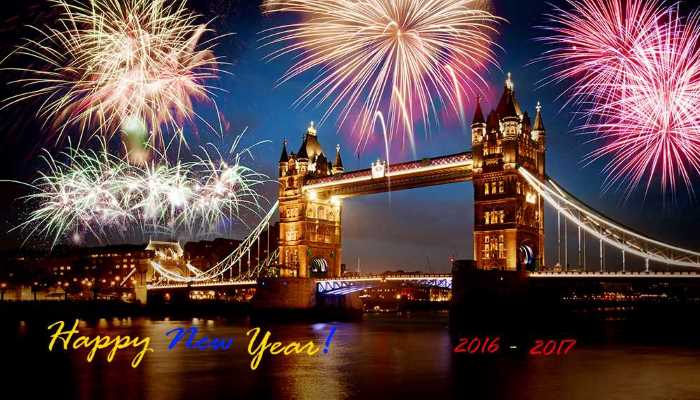 Book of the Year: The Godfather

Published in 1969 and written by Italian-American novelist Mario Puzo, the Godfather is an iconic book about the Corleone Family. The material would later be adapted into a film, regarded as a cinematic masterpiece, and would spawn two sequel movies. While there are several interconnected plot lines, the story heavily revolves around Michael Corleone’s rise and ascension to the top of the criminal syndicate as the heir of the patriarch Vito. The plot begins to pick up speed after Don Vito is nearly assassinated due to his refusal to enter a narcotics based deal with another gangster. This attempted execution leads to a change in the Corleone leadership, at least temporarily, and commences Michael’s vengeful plans on the assailants.

2015 saw Star Wars return to cinematic screens and was eagerly anticipated by moviegoers, especially diehard fans of the franchise, after the divisive prequel trilogy was released over 10 years ago. The Force Awakens provided a chance for the aging cast from the original trilogy to hand over the lead roles of the latest movie trilogy to the new comers in order to continue the Star Wars legacy. Unfortunately, the original main cast has become smaller with the loss of Kenny Baker and Carrie Fisher in 2016 alongside more minor actors in the series such as Erik Bauserfeld. I am aware that Fisher will be in Episode VIII as she had managed to finish her scenes before her passing away. The film is set long after the fall of the Galactic Empire in which the remnants of the imperial power, a movement known as the First Order begins to start a new conflict against the Resistance.

These four brief reviews are the last entry of the year but my blog will return in 2017 with a review of the latest Star Wars instalment Rogue One. What where you favourite pieces of media in 2016? I wish you a happy New Year’s Eve and a great 2017!

You know, no matter how much we fought, I've always hated watching you leave.

Greetings, as per tradition on my blog this is an update wishing you all the best in this festive season. 2016 will go down as historic year in which seismic, rebellious political shifts took place in Europe and the rest of the globe as well as events that shook the world. The year also took a vast numbers of valued celebrities, both old and young, from us as well as causing loss on a personal level. In blog related news, I will be writing less content on this blog as stated back in the month of May when we enter the New Year. I aim to be writing one entry a month, except for December, from 2017 onwards. The next blog update I write will be the last of this year’s activity. As usual, it will an entry focusing on the best entertainment that I had experienced or reviewed this year. 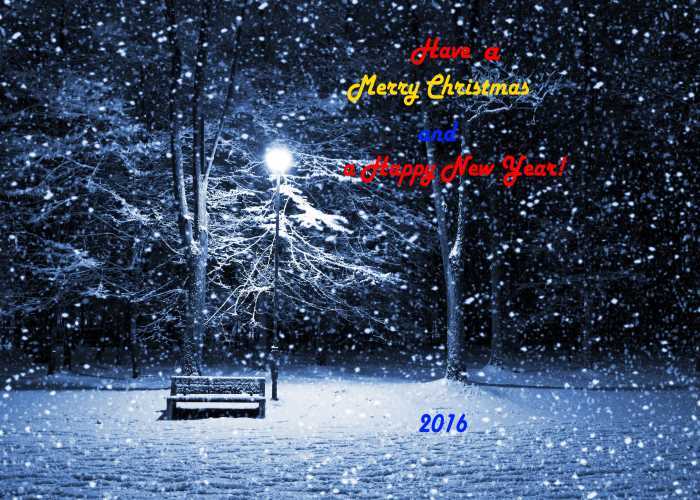 I am glad that you enjoyed my latest entry on Write Wise ‘The Misadventures of Murdoch and McKenzie: Time Zone Trouble.’ As for my future plans for Write Wise, I am planning a sequel for 2014’s Christmas entry ‘The Death and Life of Ellen Smith’ and have some thoughts on what the plot will contain. On last Christmas Eve I had suggested that I would return to the Guardian series in 2016. Obviously I haven’t gotten round to this yet and it is unlikely, although not impossible, that I will return to it in 2017. I would also like to write as fantasy story next year as this genre hasn’t really been touched by the Write Wise community, at least in a number of years anyway. I hope you have a Merry Christmas and a Happy New Year!

Greetings, Inferno is a 2016 film directed by Ron Howard and is the latest instalment in the Robert Langdon series. It is based on Dan Brown’s 2013 novel of the same name and the movie is a sequel to the 2006 film ‘The Da Vinci Code’ as well as 2009’s Angels and Demons. At the time of writing, the lead character in all of the films, Robert Langdon, has been the central figure in four books that share the same title with their filmic counterparts. The third novel, called the Lost Symbol, had originally been intended to be adapted into a film however the producers decided to choose the fourth book Inferno instead. Tom Hanks reprises his role as Professor Robert Langdon, an important figure in the field of religious iconology and symbology. Felicity Jones, best known for her upcoming role in Star Wars: Rogue One, plays Dr Sienna Brooks who gets caught up in a conspiracy surrounding Langdon. Ben Foster portrays Bertrand Zobrist, a scientist who aims to solve the issue of human overpopulation through extreme measures and callous techniques.

The plot begins with Bertrand Zobrist running from unknown assailants in the streets of Italy. The pursuit ends in his suicide as he jumps from a tall structure in a desperate attempt to flee his potential captors. Meanwhile, a dazed and confused Robert Langdon wakes up in an Italian hospital. The first person he comes into contact with is Dr Brooks, who is treating him for a bullet wound located on his head. Langdon is haunted by horrific and apocalyptic images in his dreams but is unable to recall the events of the previous few days due to his amnesia. It isn’t long before an assassin, imitating a female police officer, makes her way to the hospital in an attempt to kill Robert. The assassin known as Vayentha begins to shoot at Dr Brooks as the contract killer walks down the corridor. This gives Sienna time to lock the door and help the delirious Langdon outside of the hospital as the assassin struggles to break down the barriers Brooks set in her way. 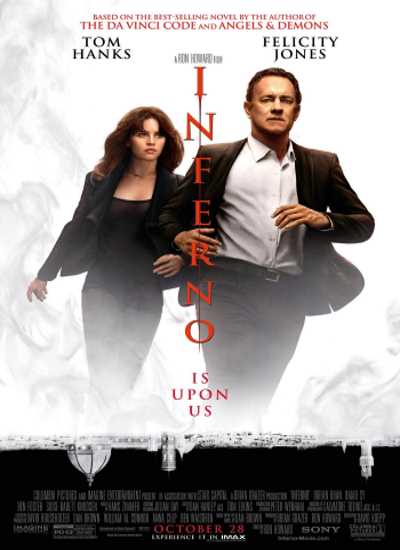 Robert, still unclear as to what he had gotten himself into, is offered shelter in Sienna’s apartment. The two come across the first clue which was hidden in Langdon’s belongings. A small projector reveals a modified version of Italian painter Sandro Botticelli’s map of Hell which is displayed across the wall of Sienna’s apartment once activated. It is soon revealed that Zobrist, obsessed with humanity’s survival and Italian poet Dante, had created a virus named ‘Inferno’ intent on culling the world’s population. As Sienna and Robert break the first clue and learn where to inspect next for further clues, they are chased by their assassin. The World Health Organisation, which is aware of the existence of the virus, also attempt to capture Langdon for reasons that are not initially clear to the audience.

I have read or watched some of Dan Brown’s works but my experiences are somewhat limited as I have only read Angels and Demons and Digital Fortress, the latter of which is unrelated to the Langdon series. I also have another standalone novel entitled Deception Point but haven’t gotten around to reading it at the moment. I have also seen the Angels and Demons film starring Ewan McGregor but have yet to watch the Da Vinci Code. In regards to the Inferno film, I found some of the plot points to be a little confusing and this was exacerbated with the film not really explaining who certain characters were. This caused issues when it was clear they were meant to already have relationships with other characters but these were never really explored in the film. As far as I am aware, the book and the movie differed in quite a lot of plot points as well as the relations between various characters. Hans Zimmer, one of the industry’s most famous figures, conducts the score for Inferno as he had done for the previous two movies. Overall, I believe that it is a watchable film but in the end I preferred Angels and Demons over the third instalment.

How are YOU, sir? I can speak English. I learn it from a book.