Greetings, New Year’s Eve is finally upon us and that means there is only one blog update left for the year as 2018 comes to its conclusion. It has been a year of ups and downs but marked an important milestone for the blogging community as I celebrated the 10 year anniversary of Falcon’s blog back in July. As it is the 31st December, I have some titles to pick as my entertainment choice of the year. As per usual, there are four categories that I need to crown the winner for. The categories in question are television, film, games and books that I had reviewed in 2018 but doesn’t necessarily have to have been produced or released in this year. Be sure to let me know what the highlights of entertainment was for you this year in the comments below.

Mad Men is a critically acclaimed Television show that ran from 2007 to its finale in 2015 and unquestionably, in my opinion, deserves the praise it receives. Its quality never dropped off or dipped during its whole seven series, a problem that has befallen many other beloved shows with shorter runtimes. All 94 episodes were a delight to watch and I was constantly gripped by the dramatic journeys of Don Draper and Peggy Olsen as they lived their day to day lives in the backdrop of the advertising world of the 1960s. The show also notably launched the careers of Jon Hamm and Elizabeth Moss as they now take on interesting roles in their post-Mad Men career. The amazing, contemporary soundtrack also has to be mentioned and gives Mad Men a certain stylistic charm.

Book of the Year: The Shining

One of Stephen King’s most famous novels, the Shining is a must read for any fans of this acclaimed horror writer. Set in the creepy and unique location of the Overlook Hotel, the book has no shortage of unsettling moments or sinister spectres to give the reader goose bumps. Jack Torrance’s descent into madness is well written and fleshes out the character nicely, giving him a more layered personality than Jack Nicholson’s iconic performance could encapsulate in Kubrick’s masterpiece. It is also interesting to note the small differences between the original book and the film adaptation while reading it. The Shining is one of my favourite novels of all time and I look forward to diving deeper into King’s lengthy bibliography. 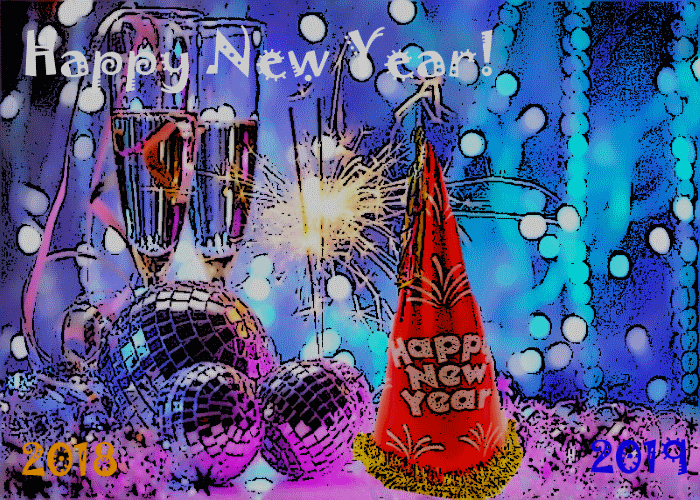 Game of the Year: Batman: The Telltale Series

It was difficult to choose between this and the cult favourite fantasy, Witcher 2: Assassins of Kings, but I believe Batman just slightly nudged in ahead of it to get Game of the Year. Batman followed the same classic episodic approach and the decision based mechanisms that made the now sadly defunct Telltale Games a tour de force in the gaming industry. What set this the game apart from the long list of other Dark Knight video games was the importance placed on the caped crusader’s real identity, Bruce Wayne, which made him as important to the plot as his famous alter ego. I do hope to play the second series that was produced by Telltale shortly before their closure.

Film of the Year: Butch Cassidy and the Sundance Kid

Butch Cassidy and the Sundance Kid came against some tough competition from the likes of Avengers: Infinity War and the Graduate, both noteworthy works in their own right, but the 1969 film is easily one of the best in cinematic history. The charismatic performances of Paul Newman, Robert Redford and Katherine Ross as Butch, Sundance and Etta are as iconic as they are entertaining to watch. Alongside a great soundtrack by Burt Bacharach, the movie is a must watch for Western fans and cinemagoers in general. I also aim to watch another film starring Robert Redford and Paul Newman called the Sting next year.

The next blog update will be posted at some stage in January 2019 in which I will be covering Netflix’s western miniseries, Godless, that was released a year ago. It is rather hard to believe but in a year of this exact date we will be celebrating the end of the twenty-tens and welcoming in the twenty-twenties. As such, I’ll not only have to celebrate 2019 in a blog update but the entire decade as well and all that happened within it. Have a happy New Year and I wish you all the best for an awesome 2019!

Greetings, this new blog update is simply here to wish this small blogging community a merry Christmas and a happy New Year! Be sure to have plenty of fun tomorrow and overindulge in the festive food and drinks. There is one more blog update scheduled for 2018 which will be published on Monday 31st December. As per recent tradition, the next blog update will crown the category winners of the various television shows, films, games and books that I have reviewed throughout the year.

While not everyone participated in the Write Wise’s Christmas Challenge this year, I certainly enjoyed reading the many interesting entries that been produced in 2018 and I had fun writing my own stories for the site. It was nice to see the Terry Holloway series brought back for the holiday season and I am definitely eager to see any future instalments that could be headed our way. I also had a good time writing my experimental piece, the Bizarre World of Victor Victorious, and I hope you liked reading it as well. I have plenty of thoughts in mind for my next works in 2019. A fair number of them are the introductory plots to original projects. These are likely to expand into a new series or two eventually. Have a Merry Christmas!

Greetings, the Last Don is a 1996 novel by Mario Puzo, author of the Godfather and the Sicilian which were previously reviewed on my blog. It was also the last of his books to be published before his death in the year 1999 although there were a few such as Omerta that were released posthumously in the early 2000s. While the Last Don may not be Puzo’s most recognizable work it did manage to spawn a television mini-series back in 1997. This series starred some noteworthy individuals such as Joe Mantegna, Danny Aiello and Daryl Hannah but has no particularly large star power behind it. While the Godfather and the Sicilian are interconnected, mostly with Michael Corleone appearing in both books, the Last Don seems to have no link to Mario’s previous works.

The majority of the plot takes place in the 1990s but it begins in the 1960s with mafia Don Domenico Clericuzio, an aging gangster, growing increasingly tired of the violent world he inhabits and partly created. He decides to bring his criminal family syndicate into American society by it being reborn as a legitimate business. The Clericuzio family, after eliminating their rival Santadio clan in a brutal war, decided that it is willing to give up its hard earned power and will act as a negotiator with regards to other families in their disputes with each other. This way the Clericuzio will still remain influential in the world of organized crime while pursuing their interests in legitimate and lucrative businesses. The Don sets out his interest in the world of gambling and wants his two new grandchildren, Croccifixio ‘Cross’ De Lena and Claudia De Lena, to live in a better world than he does. To get on with their lives without the constant need to look over their shoulder for enemy syndicates. The storyline then moves swiftly on to the 1990s with Don Clericuzio being semi-retired and enjoying his twilight years. It mostly follows the paths of Cross De Lena, who now has a sizeable share of a Las Vegas casino called the Xanadu Hotel and runs it after the death of his mentor, as well as Claudia who is breaking into Hollywood as a script writer. 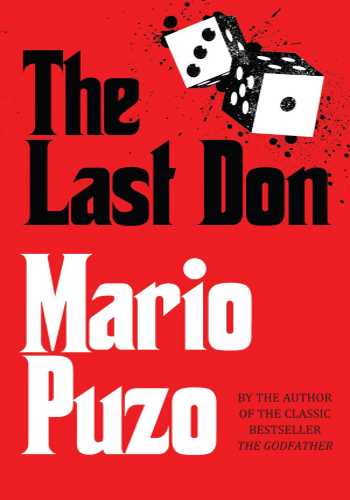 The paths of Claudia and Cross overlap when an adored actress by the name of Athena Aquitane, famed for her beauty and talent, is attacked in a public ceremony by her ex-husband. The former husband, Boz Skannet, is a violent man who played a prank on his estranged wife by throwing a bottle of water in her face and pretended that it was acid. The actress is convinced due to his previous behaviour that should he get near her again it will be the corrosive substance next time around. As such, she is too terrified to work again as the leading performer in Claudia’s film and claims to have left her acting career for good. Much to the annoyance of studio heads, Skannet has important political connections and is hard to remove from the scene so Claudia reaches out to her brother, hoping that he can find a solution to the problem. Cross, intrigued by the prospect of getting into the wealthy business of filmmaking and getting a close relationship with Athena, agrees to help her.

The novel is a worthwhile read with a few interesting turns along the way but it doesn’t match the heights of the Godfather and none of Puzo’s other books are likely to have done so either. Most of his work, with the Fourth K or the Dark Arena as exceptions, run on similar ideas and deal with the violent life of the Mafioso. I did find that Mario had notably repeated himself in his phraseology which, while it isn’t a particularly big problem, can be rather grating when the exact same cursing is continuously used by Don Clericuzio. Overall, it is a fine book with an original story and it will appeal to those interested in gangsterism but I would say it was the weakest of the three Puzo novels I have read so far.

Hey, you wanna hear a story 'bout this boy? He owned a dairy farm, see. And his ol' Ma, she was kinda sick, you know. And the doctor, he had called him come over, and said, uh, "Uhh listen, your Ma, she's lyin' there, she's just so sick and she's weakly, and uh, uh I want ya to try to persuade her to take a little brandy," you see. Just to pick her spirits up, ya know. And "Ma's a teetotaler," he says. "She wouldn't touch a drop." "Well, I'll tell ya whatcha do, uh," -- the doc -- "I'll tell ya whatcha do, you bring in a fresh quart of milk every day and you put some brandy in it, see. And see. You try that." So he did. And he doctored it all up with the brandy, fresh milk, and he gave it to his Mom. And she drank a little bit of it, you know. So next day, he brought it in again and she drank a little more, you know. And so they went on that way for the third day and just a little more, and the fourth day, she was, you know, took a little bit more - and then finally, one week later, he gave her the milk and she just drank it down. Boy, she swallowed the whole, whole, whole thing, you know. And she called him over and she said, "Son, whatever you do, don't sell that cow!"