Greetings, Tales of Monkey Island is a Telltale game from 2009 and is a continuation of Lucasart’s Monkey Island series. While it is the fifth game in the franchise I have not played any of the previous instalments which began in 1990 with the Secret of Monkey Island. Despite this, I was still able to enjoy the latest video game and got to grasps with the existing characters. Some actors had reprised their roles such as Dominic Armato as the protagonist Guybrush Threepwood and Alexandra Boyd as Threepwood’s love interest, Elaine Marely-Threepwood. Unusually for a Telltale game, Jared Emerson-Johnson had little involvement in the Original Sound Track which is composed by Michael Land, the artist responsible for previous music in the series. Jared was involved in the game however, by voicing one of the antagonists known as the Marquis de Singe.

The plot begins in the middle of action sequence in which Guybrush is trying to save his wife, Elaine, from the demonic pirate called LeChuck. Threepwood stabs LeChuck with a magical sword but unfortunately the hero hadn’t assembled all of the parts for the weapon to be effective. The attack transforms LeChuck into a human while transferring the “Pox of LeChuck” into Threepwood’s hand which has become able to control itself. The pox will turn those it possesses into a demonic and aggressive creature. Before Guybrush can save Elaine an explosion on the ship knocks him overboard and he wakes up on Flotsam Island. Threepwood is stranded on the island as the winds have being blowing inland for years according to the local residents, as such he is unable to search for Elaine and he travels Flotsam in search of a way out. 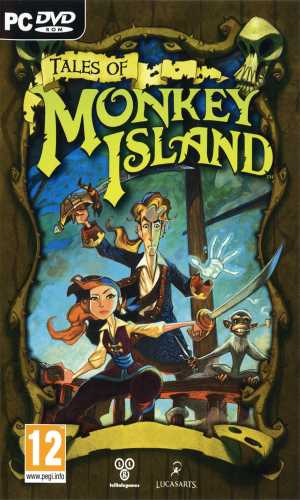 It is on Flotsam where Guybrush meets a familiar but mysterious figure called the Voodoo Lady who he had encountered before in his adventures. She informs the pirate that the “Pox of LeChuck” will spread throughout the Caribbean if he cannot locate a magical sea sponge called “La Esponja Grande”, which would suck up the magical energy of the pox. The Voodoo Lady also claims that if Threepwood wishes to find the sponge, then he should seek guidance from a man called Coronado DeCava who has mysteriously vanished in his search for it. He also crosses paths with a French scientists called the Marquis de Singe who becomes obsessed with Guybrush’s infected hand as he believes it holds the key to eternal life. As such, Guybrush Threepwood must get off the island, find “La Esponja Grande” and rescue Elaine while evading De Singe’s grasp.

There are five episodes in total in which the player is introduced to a whole range of unusual creatures and colourful characters such as pirate bounty hunter Morgan LeFlay or Murray the demonic skull. While some puzzles were infuriating at times, I can say that I enjoyed this game as it was full of comedic scenes and contained an interesting storyline. I am unsure if there are any plans for a sequel but I would definitely play it if one came about. Although I cannot be sure of the future of the series, I do know it has plenty of other previous instalments that I would like to experience at some point in the future.

I love my brick!

Greetings, Deadpool is a video game from 2013 that stars Marvel Comics anti-hero Wade Wilson, also known as the titular Deadpool. It is a brawler game and was developed by High Moon Studios, a fact that is referenced several times in the narrative when the script breaks the fourth wall. While I was not overly familiar with Deadpool before playing the game, I was aware that he was a zany character that suffered from split personalities. Womanizing, outlandish humour and hyper-violence are also aspects of his unique personality that the writers bring across into the video game as well. In true superhero fashion, Wade also has special powers such as immortality and his ability to teleport was incorporated into the game by the developers to escape enemy attacks or for jumping puzzles. Despite his immortality, Deadpool can still die in the campaign and while his teleportation is useful, it has a short range.

The plot begins with Deadpool’s apartment in which he gets a phone call from High Moon studios who are creating a video game around the Deadpool character. Wilson wants to make it the best game of all time by forcing the developers to make it exactly as he sees fit. Therefore, Wade ignores the script that was given to him and begins making up his own random story in which he is hired to assassinate media mogul Chance White. After fighting through hordes of Chance’s men, Deadpool reaches the entrepreneur but is stopped by mutant villainesses Vertigo and Arclight before being able to kill White. The two mutants are part of the Marauders, an army of mutant clones that are under the command of Mister Sinister, and bring him to the aforementioned villain. Mr Sinister then kills Chance when he reveals that the mogul’s satellites are under Marauder control. Deadpool seeks revenge on Mister Sinister as his target had been killed by the antagonist and sets up one of Wilson’s motives for going after Sinister. 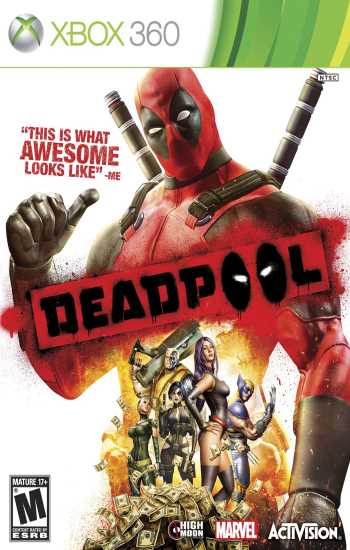 Deadpool was knocked unconscious by Sinister and is wakened by several members of the X-men. The marauders are gone by the time Wade has come to, however he and the mutants discover that Mister Sinister had moved to Genosha. As explained in the game, Genosha was a mutant hideout before the Sentinels massacred them and it now serves as a Marauder base. Deadpool being his usual self decides to fly the Blackbird, the x-men’s private jet, and crashes it in Genosha. Wilson manages to knock everyone into unconsciousness including Wolverine. Wilson comments on how it was almost as if the level was designed for him to be the sole character in it and continues his pursuit of Mister Sinister.

As already noted Deadpool is a character that if aware of the fact that he is fictional and much of the game’s comedy comes from that meta-humour. For instance, Deadpool will often playfully insult the player with profanity when he is killed and mock the player’s skills. There are plenty of enemy AIs to keep the game play fresh but as it is a brawler game, most hostiles are challenging because they attack in numbers. I really enjoyed Deadpool even though the campaign quite short and only has a handful of varied locations for the player to explore. I wouldn’t be surprised if another Deadpool game was created when considering the recent success with the movie.