Greetings, I Tonya is a 2017 biographical film with dark humour directed by Craig Gillespie. It follows the story of American figure skater Tonya Harding and her role in the attack of competitor Nancy Kerrigan in 1994. The movie stars Margot Robbie who was involved in the Wolf of Wall Street, Suicide Squad and Mary Queen of Scots among other filmic projects. It also boasts of Sebastian Stan as a cast member who is perhaps best known as Bucky Barnes, the Winter Soldier, in Marvel’s Cinematic Universe. Other performers include Allison Janney, Caitlin Carver and Paul Walter Hauser. I, Tonya has an interesting soundtrack which contains ‘The Chain’ by Fleetwood Mac, ‘Devil Woman’ by Cliff Richard, ‘Gloria’ by Laura Branigan and ‘The Passenger’ by Siouxsie and the Banshees among others.

The plot begins in Portland, Oregon during the 1970s when a four year old Tonya is trying to impress the ice skating coach Diane Rawlinson enough to get her to train the young Harding. This is all at the behest of her abusive mother LaVona Golden, a straight talking woman, who attempts to negotiate with the coach but Diane rebukes LaVona’s request to train her daughter. This is because Tonya is too young for Rawlinson to properly teach her the art of ice skating. Golden then orders the child to show off her skills in the ice rink which Diane is immediately impressed by. She agrees to coach Harding and her strict training regime pays off as her pupil becomes one of the most prominent skaters in the United States after a few years pass. Ill feelings begin to arise between Tonya and the judges of the sport during that time as her lower class background, homemade outfits and use of modern music for her routines clashes with the traditional notions of elegance associated with ice skating. 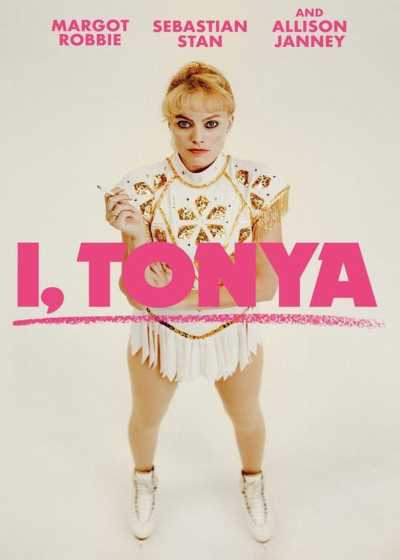 Tonya begins dating Jeff Giloolly, eventually marrying him, while still trying to pursue the recognition she believes she deserves due to her unwavering professionalism and commitment to her career. Harding’s relationship with Gilooly also brought the manic Shawn Eckardt, a friend of Jeff’s, into her world. Shawn would play an important role in the attack on Harding’s rival Nancy Kerrigan and ultimately contribute to the downfall of Tonya. While Harding’s marriage to Jeff initially starts out well the relationship ultimately becomes physically abusive but due to the unreliable narrator trope employed by the film it is unclear as to which one was inflicting harm on the other or if both were guilty of it.

I really enjoyed this film even though I wasn’t particularly aware of the circumstances around the assault. I, Tonya puts Harding in a more sympathetic light and didn’t overly vilify her for her suspected role in taking out Nancy for her own career advancement. The plot definitely promoted the idea that she would always struggle against the classism in the sport because she was born into a poor family, a factor which endears Tonya to the audience and makes it easier for them to side with her. The comedic humour worked very well and I thought the characters were very likable in spite of their criminal misdeeds and seedy nature. I particularly thought the interview style format, which shaped the narrative of the story, was a really interesting way to structure the film. In concluding remarks, I, Tonya is a great watch in my opinion and I would encourage you to give it a shot if you have yet to see it.

Goddamn foreign TV. I told ya, we should've got a Zenith!