Greetings, Old Boy is a South Korean film from 2003 and was directed by Par Chan-wook. It is based on a manga of the same title and is the second part in the Vengeance trilogy. Old Boy is placed in between Sympathy for Mr Vengeance and Sympathy for Lady Vengeance but I do not believe that these films are connected in terms of an overarching plot. There was also an American version of the movie that was released in 2013, ten years after the original film had come out to audiences. This remake is set in the United States but it received mixed reviews and was criticized for not adding anything new to the 2003 film or not being as entertaining in comparison to it.

The plot is set in Seoul, the capital of South Korea, and begins in the year 1988. It follows the protagonist named Oh Dae-Su, a drunken business man, who is abducted on the streets during his daughters 4th birthday. The film then reveals that Dae-Su is incarcerated in an apartment complex, isolated from any human contact, and is denied any explanation for his imprisonment. He is occasionally gassed with a drug that causes him to pass out and when he wakes up his hair has been cut by his jailors. One day Oh Dae-Su finds out through a television broadcast that his wife had been murdered and the news bulletin pinned him as the prime suspect. With nothing else he can do the protagonist learns to shadowbox, hardening his fists by hitting the wall and attempting to build an escape route out of the apartment. Throughout the years he tries to identify who did this to him and what possessed them to do it. 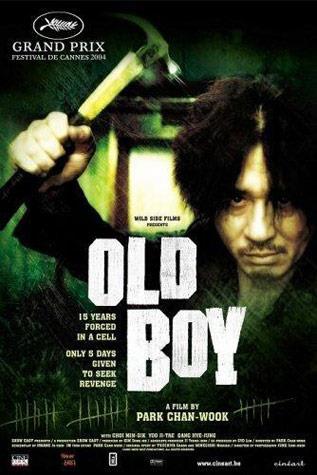 15 years after his capture, Oh Dae-Su finds himself in trapped in a box after being drugged by the gas again. He manages to break free and realizes that he is on top of a roof top and dressed in a fashionable suit. Dae-Su receives a call from a mobile phone that had been given to him before he had woken up. The person on the other side of the phone taunts him about his imprisonment and the mystery behind it. The caller is revealed to be the villain who had him locked away for more than a decade but when Dae-Su begins to question the antagonist he receives no answers. Later on Oh Dae-Su goes to a sushi restaurant where he falls unconscious and wakes up in a different apartment. A young female chef, named Mi-Do, took him into her home after he had collapsed in front of her at the restaurant. The two begin to fall for each other as they try to unravel the mystery behind who framed Oh Dae-Su for his wife’s murder, who imprisoned him and why.

Overall, I found the film to be very entertaining with a memorable soundtrack composed by Jo Yeong-wook. The music complements the film very well as it enhances the atmosphere in certain scenes and gives personality to the characters, especially the villain’s theme which gives him a sophisticated demeanour. It certainly had a good balance between humorous scenes, violent fights and outright disturbing moments towards the end of the movie. I generally didn’t know where the film was going to go but I was entertained the whole way through. It was a surprising shock when the plot unravelled and once the plot twist was revealed. I really enjoyed this film and would encourage you to watch it if you haven’t already done so.

X-Men: Days of Future Past

The Hobbit: The Battle of the Five Armies

Greetings, for the first blog update of 2015 I have chosen to write about the last Hobbit movie. For me, the previous entries in the Hobbit series have not lived up to the same quality of LOTR and the Battle of the Five Armies is no exception. Throughout the entire trilogy I have found it difficult to make distinctions between the dwarves as they don’t seem to have any unique personalities or original characteristics besides Thorin Oakenshield. As such it made it difficult to care or sympathize with the character’s motives or their ultimate fate and therefore impacted on the experience of the movie. This film in particular included many unnecessary scenes that seemed to function only as fan service rather than adding anything to the plot. The fight between Gandalf and his allies against the Nazgul is a prominent example of this as it didn’t enhance the story.

There is little to the plot and is the film is essentially an extended fight scene. It starts with Smaug destroying Laketown until he is killed Bard in the first fifteen minutes of the story. With Laketown reduced to debris by Smaug’s smouldering fire, Bard plans to lead his people to the ruins of Dale in the hopes of seeking shelter. In his search for the Arkenstone the leader of the Dwarves, Thorin Oakenshield, has succumbed to Dragon sickness. In his madness he orders the Lonely Mountains to be shut down until the stone is found in the complex as he is unaware that Bilbo is keeping it from him. Bilbo is concerned that Thorin would suffer insane if he were to have the Arkenstone that he desired. The Elves Legolas and Taureil, watch the march of Bolg’s army of Orcs to Erebore. Bolg is an ally of the primary Orc villain named Azog and has appeared in all three films but was played by different actors each time. It should be noted that the original character of Taureil is involved in a love triangle between Legolas and Kili the Dwarf, an aspect that was not in the original books. 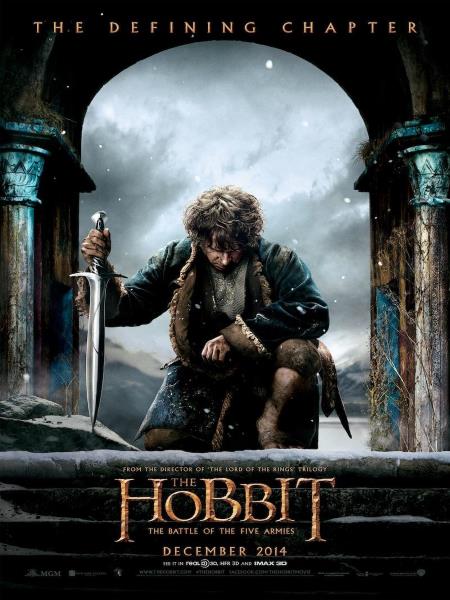 Gandalf is freed from his imprisonment in Dol Guldur at the hands of Sauron by Galadriel, Elrond and Saruman. Sauron makes a brief cameo appearance and the scene suggests the establishment of Saruman and Sauron’s alliance. Outside the Dwarves’ fortress, the Elf king Thranduil, played by Lee Pace, brings his army to the Lonely Mountain with the intention of reclaiming some of the treasure. He forms an alliance with Bard and they attempt to seek a peaceful arrangement to settle the dispute. Throin, in his sickness, does not let them in to Erebore and sparks off the conflict. It is revealed that Oakenshield has called on his cousin named Dain, portrayed by Billy Connelly, to send military aid. Bolg’s army also arrive to the battle and provide a common enemy for the Dwarves, Elves and humans to fight against.

Overall, the film is by no means a classic movie. The music, unlike the LOTR OST, was forgettable bar Billy Boyd’s performance in the credits. Jackson’s use of CGI seemed excessive in comparison to what he had achieved in the LOTR trilogy .The entire trilogy seems to be an unnecessary addition to the previous films and is too drawn out in my opinion. I believe that the story could have been improved by being contained within one film instead of three. The future of the series is uncertain as I am not sure if Peter Jackson has any plans for adapting any of the other novels.

Not if we hold true to each other. We will not abandon Merry and Pippin to torment and death. Not while we have strength left. Leave all that can be spared behind. We travel light. Let's hunt some Orc!