Greetings, Mogworld is a comedic novel from 2010 and was written by Ben ‘Yahtzee’ Croshaw. It is written in a first person narrative and is about an undead protagonist called Jim in the virtual world of Mogworld. Croshaw is a British-Australian video game journalist and author who is probably best known for his Zero Punctuation series on the gaming website, the Escapist. He has also been known to co-operate on other projects with ex-Escapist members such as fellow game reviewer Jim Sterling before the former’s departure from the site. Mogworld is Ben’s first novel and was published by Dark Horse Books. He published another novel in 2012 called Jam which is a loosely related book to his original. I have yet to read Jam but the premise sounds even more comical and absurd than that of Mogworld’s.

The story begins with a student, Jim, who is studying sorcery at a magical school in the fictitious land of Mogworld. The school is attacked by a neighbouring army and Jim is one of the first pupils to be killed during the invasion. The main story takes place some decades later when Jim became a decomposing corpse and is awakened during an earthquake. He and other undead, run to the surface as they flee their sinking crypts. When they reach the land, the zombie masses discover that a necromancer by the name of Deadgrave had been responsible for waking them and was the cause of the earthquake. After a quick conversation Deadgrave manages to convince his undead legions to become his employees and defend his castle from intruders and adventurers. While Jim had tried to escape his existence via suicide, he realises he is unable to die and keeps getting patched up by fellow undead employee Meryl after his failed suicide attempts. Meryl soon obsesses over Jim when she learns that he used to belong to her own nation before it had been annexed by their neighbours. 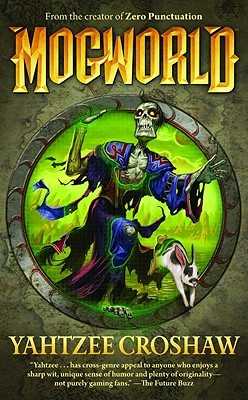 While Jim eventually accepts that he is immortal and is forced to live in his rotting body, he also embraces his job as a tormentor of adventures that break into Deadgrave’s liar. Jim gets a sense of Déjà vu during one raid in which he captures an incompetent adventure by the name of Slippery John. He soon realizes that he has killed the adventurer several times beforehand and learns that the whole world had become immortal due to an event known as the Infusion. While he talks to John, the entire fortress begins to fall under attack. Jim and Meryl, alongside an undead priest named Thaddeus, manage to escape in time to witness the compound as well as its ruler, Deadgrave, be deleted by mysterious angel-like creatures. The three manage to escape their extermination by the beings, nicknamed ‘Deleters’, while the zombie hordes are vanquished. During the moment of terror, Jim forgets that he actually wanted to be killed and so begins a quest with the other two protagonists to find the Deleters in order to finally get himself removed from existence.

I enjoyed this book overall although I did find it a bit difficult to get into at first. The humour works quite well on page, with most of it coming from Thaddeus in my opinion, but it doesn’t come across as effectively as his comedic style in Zero Punctuation. It proves to be a unique experience with a variety of colourful characters and an original plot set in a massively multiplayer online game. I also intend to read Yahtzee’s second novel at some point in the near future.

And when Alexander saw the breadth of his domain, he wept...for there were no more worlds to conquer. Benefits of a classical education.

Greetings, Star Wars Episode 7: The Force Awakens is a 2015 film and is the first in the series to be released after Disney purchased Lucasfilm from George Lucas in 2012. The seventh movie leads the Star Wars resurgence, since the damaging reputation of the prequels, as several spin offs and the rest of the new trilogy will follow suit in the coming years. It reunites fans with some of their favourite characters like Han Solo, Chewbacca, Princess Leia, C3-PO and R2-D2 after the fall of the Empire as well introducing several new characters. As such, many of the old cast including Harrison Ford, Carrie Fisher, Peter Mayhew and Antony Daniels reprise their old roles while new comers, Daisy Ridley, John Boyega and Adam Driver introduce original characters to the iconic series. John Williams also makes his return, delivering a score that is not as memorable as his original soundtrack but still proves to be a good addition to the film.

The story takes place thirty years after the destruction of the Death Star and a new sinister organization has risen after the death of Palatine and Darth Vader. The First Order, remnants of the Galactic Empire, attempts to hunt down and exterminate the last of the Jedi. Luke Skywalker, the last Jedi Knight, has disappeared without a trace and is also being sought by Leia and the resistance in order to aid them in their fight against the First Order. Poe Dameron, a skilled resistance pilot, meets a village elder on the planet of Jakku and receives a map that will lead to Skywalker but the First order also arrives at the same time. Dameron has enough time to hide the map in his droid called BB-8 before Kylo Ren, a leading figure in the First Order captures Poe and orders the villagers to be massacred. One soldier who doesn’t partake in the slaughter is FN-2187, a storm trooper who is visibly distressed at the sight and his defiance is noticed by Kylo and Captain Phasma. BB-8 eventually crosses paths with a scavenger by the name of Rey, one of the main characters in the film. 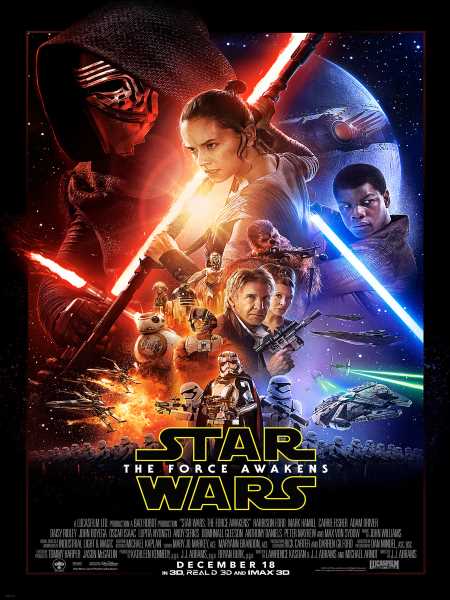 Back on Ren’s star destroyer, FN decides to break Poe out of Ren’s clutches as he no longer wants to fight alongside the First Order. He manages to free Dameron and the two escape by stealing a TIE fighter while being shot at. Their brief conversation in which Poe gives FN the nickname of Finn is cut short when the damaged TIE fighter crashes into Jakku. Finn wakes up to find the TIE fighter is swallowed by sinking sand and cannot find Poe anywhere. After taking Dameron’s jacket to disguise himself, Finn then travels the desert until he finds Rey and BB-8 in a nearby village. BB-8 recognizes the jacket and alerts Rey about it. Finn doesn’t have enough time to explain how he got the jacket as the First Order begin attacking them. The three then escape by stealing the Millennium Falcon and they manage to evade capture but are soon abducted by a bigger vessel in space. At this moment, it is revealed that both Han Solo and Chewbacca had been piloting the ship and make their return to their old vessel.

While the film was heavily influenced by A New Hope and features many of the same storylines, I still really enjoyed it. I felt that the new characters paled in comparison to the older generation and that some like Captain Phasma or Poe served as more of a plot device than an actual character. Despite this, I believe that Episode 7 was a big improvement on the prequels and had genuinely comedic moments as well as more simplistic but powerful fight scenes than the previous instalments. Overall, I look forward to what the new films will bring and how they will expand upon many of the characters.

Ashes to ashes, funk to funky

We know Major Tom's a junkie

Strung out in heaven's high