Greetings, welcome to the first blog update of 2020 and the new decade. Star Wars Episode IX: The Rise of Skywalker is a 2019 film which serves as the 9th and supposedly final instalment of the Skywalker saga that had spanned for over forty years since the original had been released to wide spread acclaim in 1977. The latest film was directed by JJ Abrams who launched the new trilogy with ‘The Force Awakens’ back in 2015 and was infamously rumoured to have all manner of behind the sets drama during its filming. It stars the new leads of Daisy Ridley, Adam Driver, Oscar Isaac, John Boyega and Kelly Marie Tran as they reprise their roles from the previous two movies. New actors also joined this instalment including Richard E Grant as Allegiant General Pryde, a character who I personally believe was a good addition to the saga and helped to make up for the Sequel Trilogies’ complete lack of intimidating villains.

Most of the original, surviving Star Wars cast such as Mark Hamill, Harrison Ford and Billy Dee Williams had been given reduced roles, practically glorified cameos for some of them, due to the fate of their characters from the previous movies. Only Anthony Daniels as C-3PO and Ian McDiarmid as Emperor Sheev Palpatine of the old cast could be considered to have reasonable screen time as well as an off-putting inclusion of the late Carrie Fisher. Fisher’s CGI appearance seemed very peculiar and it was very obvious that the charismatic Carrie was not there herself to give a solid performance as usual. John Williams, an essential part of capturing the Star Wars spirit, returned to conduct the music for this final film as well and remained an integral part of the movie series from beginning to end.

The plot begins by mentioning that Emperor Palpatine has returned from his seemingly permanent death at the hands of his former apprentice, Darth Vader, some thirty years prior. Kylo Ren, the newly appointed Supreme Leader of the First Order after his assassination of Snoke, hears of the Emperor’s return and aims to destroy him in his quest for Galactic domination. Ren finds a device called a Sith Wayfinder which leads him to Palpatine’s secret location on the unchartered planet of Exegol. The two antagonists confront each other and the Emperor, wizened and decaying, reveals he has a clandestine armada of Star Destroyers at his command. He promises to give his armed forces to Kylo once he has killed Rey on his behalf. Following on from Luke’s death on Ahch-To, Rey is being taught the ways of the Jedi from Leia Organa in preparation for her final fight against Kylo Ren. 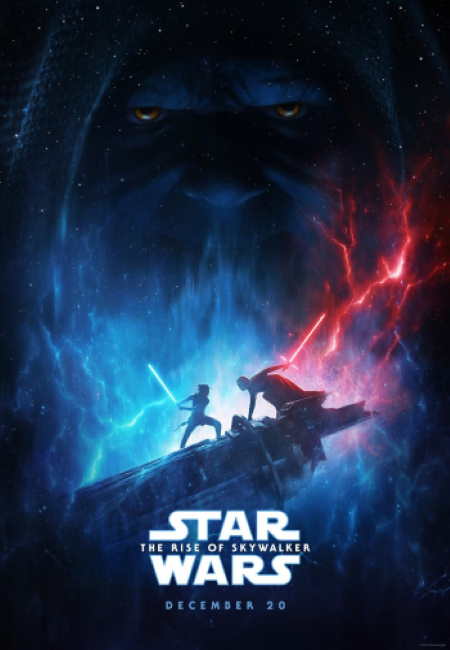 Finn and Poe, two Resistance fighters operating against the First Order, learn from a spy within the Order that news of the Emperor’s return is true and that he is residing in the mysterious planet of Exegol. After a skirmish with First Order Tie-Fighters, Poe and Finn manage to get back to the safety of the resistance controlled territories where they inform Leia of the threat they face. Upon their return, Rey discovers from Luke’s notes of the existence of a Sith Wayfinder that would lead them all to the Emperor’s hideout. The three alongside Chewbacca, C-3PO and BB-8 take the Millennium Falcon to the world of Pasanna where they understand Luke’s search for the item came to a fruitless end. They continue his trail in the hopes of finding it. Shortly after landing, the protagonists learn that they have been tracked down by Kylo Ren via his force abilities and that he is leading First Order troopers to them.

I could analyse this film in great depth but will stick to some of my more prominent points for brevities’ sake. Rise of Skywalker had the unenviable task of following on from the divisive Last Jedi and, after the spectacular Box Office bomb that was Solo, it had to prove that the new iteration of Star Wars could still pull in audiences. It is certainly a better film than the previous entry, which I became more disillusioned with as times went on, but it falls far short of reaching the magic of the original three and it is clear that it is desperately trying to course correct on Episode 8. An obvious example of this was the grating character of Rose who, like Jar Jar Binks of the Prequel Trilogy before her, was side-lined to only having a few small scenes in the concluding film. The plot was incredibly quick paced, very convoluted and so condensed that it would have warranted another episodic follow up as opposed to hopping from location to location at breakneck speed like it ultimately did. This is a deeply flawed film and it was clear there was no overarching plot in mind from the start which ensured there was no carefully laid foreshadowing to hint at the Emperor’s return. This made Palpatine’s return feel like a Hail Mary attempt to have a proper antagonist for the conclusive instalment.

Moreover, I found the political situation to be confusing and all over the place since the Force Awakens ill explained backdrop. Rise of Skywalker did nothing to alter that and the Sequel Trilogy just returned to the old Empire vs Rebels fold rather than try anything new or daring. One of the greatest problems that befell this trilogy was the new characters who were, in my opinion, completely bland and one dimensional. The older, iconic characters were treated very poorly in Disney’s hands but to its credit this film does try to return these characters to their former glory. With the series now in a particularly bad spot, even direr than the era of the derided prequels, what legacy George Lucas will have and whether the nostalgia filled Star Wars can stay relevant in current popular culture remains to be seen. I like to stay hopeful that these new films could one day be considered non-canonical additions to the series and that a fresh start can be made once again.

Now, you listen here: 'e's not the Messiah, 'e's a very naughty boy!