Greetings, Pan’s Labyrinth is a Mexican-Spanish film from 2006 which was written and directed by Guillermo del Toro. Del Toro has worked on many famous movies in his career including Pacific Rim, the Hobbit trilogy and the Kung Fu Panda series. Due to the film’s place of origin, the main cast would be mostly unknown to English speaking audiences. The lead actress, Ivana Bacquero, was eleven years old at the time of filming. Other actors and actresses include Sergi Lopez, Maribel Verdu, Alex Angulo, Ariadna Gil and Doug Jones. The music was conducted by Javier Navarrete who has mostly composed scores for Spanish films but also worked on the American movie, Wrath of the Titans.

In the introduction, a fairy tale is told about princess Moanna, daughter to the king of the underworld. The princess visits the human world and in doing so she loses her memory and becomes a mortal being. It is revealed that Moanna would ultimately die from illness but the King believes that her spirit will one day return to the underworld. The majority of the plot takes place in 1944, when Spain had fallen to Franscico Franco after his victory in the Spanish Civil war in 1939. Ofelia, a young girl who is yet to enter her teenager years, is taken by her pregnant mother Carmen to live with her step father, a man named Vidal. Captain Vidal is the father of Carmen’s unborn child and serves in the Francoist military by hunting down the remaining members of the resistance to Franco’s regime. Ofelia soon learns that that her new home is located next to a labyrinth which appears to be an ancient construction. 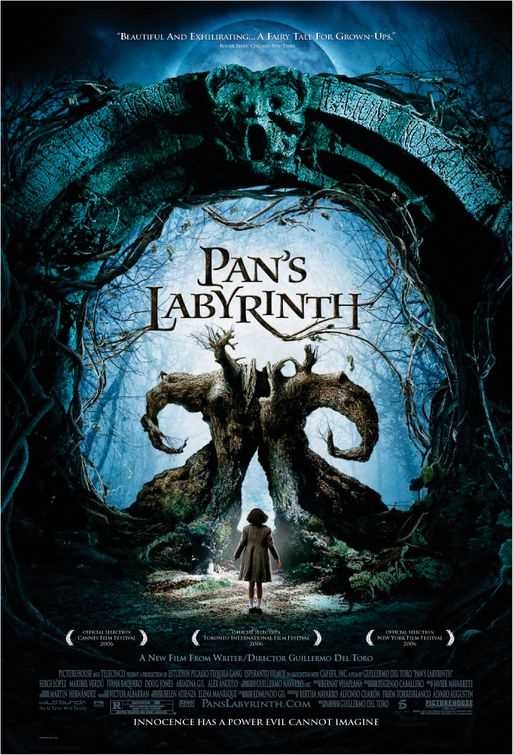 Ofelia encounters a stick insect that leads her to the entrance of the labyrinth but the girl is prevented entry into the maze by the house keeper Mercedes. In reality Mercedes is actually an informant for the rebels and uses her position to spy on Vidal as well as passing on important information. At night, the same stick insect from before flies into Ofelia’s bedroom and transforms into a fairy while she is still awake. It leads the amazed child through the labyrinth to meet the Faun, a goat-like creature, who is situated underground. Once the Fauna sees Ofelia, the creature comes to believe that the girl is the reincarnation of princess Moanna as told about in the introduction of the movie. The Faun then promises to give Ofelia the gift of immortality if she is able to complete three challenges before the return of the full moon.

Overall, this was an enjoyable movie that has received critical acclaim and won numerous awards since its release. I should also mention that the film is subtitled for English audiences rather than having dubbed voiceovers and that Spanish is the language spoken in Pan’s Labyrinth. I believe that this gives it an authentic feel due to its setting and provides the film with some charm. I would recommend it to you if you haven’t already seen it previously.

I don’t normally post about personal matters on this blog, normally using it for reviews or as a platform for my up and coming stories but I am making an exception for today. As you already know by now, one of our cats had recently passed away in a tragic accident. This will be the first blog update that I have written without her so I would like to leave a small tribute on this blog for Holly. She joined the family in December 2012 and had kept me company through the years ever since she had first arrived. Holly would often lie on my bed as I was writing for this blog or for my many Write Wise entries. Her absence is very noticeable, despite the fact that we still have two cats in the household. Holly will be missed and fondly remembered by the whole family.

And the moral of the story; appreciate what you've got, because basically, I'm fantastic!

Greetings, the Godfather is a crime novel published in 1969 and was written by an Italian-American author named Mario Puzo. The book started the Godfather series of novels as well as providing the framework for the iconic 1972 film adaptation of the same name and its subsequent movies. The book was followed by several sequels with Puzo’s ‘The Sicilian’ being released in 1984. To my knowledge, this story is centred on a protagonist that isn’t in the original book but it heavily involves Michael Corleone, a primary character in the Godfather. After Mario’s death in 1999, other writers continued his legacy by writing the Godfather Returns in 2004 and the Godfather’s Revenge in 2006. These were written by American author Mark Winegardner. Ed Falco had also contributed to the Godfather by writing a prequel to the original novel, entitled the Family Corleone, by basing his story on an unproduced screenplay by Mario Puzo.

The story begins in the 25th August of 1945 at the wedding of Connie Corleone and Carlo Rizzi. Connie is daughter of the influential and respected Don Vito Corleone, head of the Corleone family crime syndicate. The marriage scene sets up a lot of important storylines that occur throughout the course of the book and serves as an introduction to most of the main characters. For instance, the sons and potential heirs to Vito’s role, Michael, Sonny as well as Freddy are among the characters that are present. The plot picks up after the wedding when the Corleone family are approached by Virgil “The Turk” Sollozzo, a drug dealer hoping to strike a deal with Vito. The Turk, backed by a rival gang called the Tattaglia, wants to win over the Corleone’s ties to influential people in political offices so that he can sell narcotics without fear of persecution by the state. Vito, who would have received his slice of the profits, declined the offer as he doesn’t want to be involved in the narcotics trade. 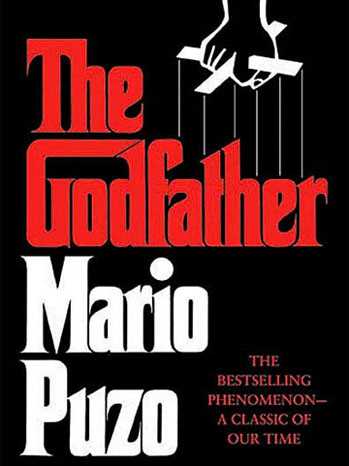 Shortly after, Vito Corleone is gunned down in an ambush which he ultimately survives. While Vito is in hospital, Sonny becomes the Don as he is the eldest child and seeks revenge for the attack against his father. It is revealed that the Turk along with the Tattaglia family were behind the attempted assassination as they wished to remove Vito and persuade Sonny, as the newly appointed Don, that the narcotics business is the future of crime. Some corrupt police were also involved in the plot to kill Vito, particularly a man named Captain McCluskey who had attempted to finish off the job in the hospital until Michael Corleone interrupted his plans. Sonny, along with advisors like his adopted brother Tom Hagan, begin to scheme with the intent of killing Sollozo and certain members of the Tattaglia family. Michael suggested that he should be the man to kill both the Turk and police officer McCluskey as he was least likely to be suspected of pulling off a murderous stunt due to his disinterest in the family affairs. He is warned that he would have to lay low in Sicily until the incident had blown over after a few years if he was to follow this course of action. Despite this, Michael still insisted that he be the one to personally kill the Turk.

The book and the film do differentiate somewhat as the novel focuses more on characters that were minor in the movie’s version of events. For instance, Johnny Fontane, a singer based on Frank Sinatra, and Lucy Mancini, Sonny’s mistress, are largely ignored in the film but receive their own story arch in the novel. On the other hand, less time was dedicated to Vito than I had expected him to have as I was previously basing my expectations on his presence in the first film. Overall, I enjoyed the Godfather and was interested in how it differed from the film adaptation. I am eager to read other stories centred on the Corleone Family, especially Mario’s the Sicilian, and how other writers have continued the Godfather series.

See, it's all about control with you! I don't control the raptors, it's a relationship. It's based on mutual respect. That's why you and I never had a second date.