Greetings, The Lost World is a book by the late Michael Crichton which was originally published in 1995 and serves as a sequel to the Jurassic Park novel which was released in the year 1990. Due to the phenomenal success of the original Jurassic Park film in 1993, Crichton was inspired to write the Lost World. This is the only sequel he had ever written in his lifetime. The novel laid the foundations for the 1997 film of the same name although there are some clear differences between the two. For instance, two characters from the book by the name of Arby Benton and Kelly Curtis are seemingly combined into one individual for the film version. Some key characters are dropped altogether in the movie or are given drastically different relationships to others such as Kelly Curtis being Ian Malcolm’s daughter, which is not in the source material. Additionally, several scenes from the 1997 film such as the T-rex’s rampage in San Diego do not occur in the novel.

The plot begins six years after the events of the original with most of the surviving main cast absent from this storyline and are only mentioned in passing. The protagonist of Lost World, Ian Malcolm, is revived by Crichton without explanation after the character’s apparent death at the end of Jurassic Park. Malcolm is challenged by palaeontologist Richard Levine to help him in his search for the Lost World, a land where dinosaurs still roam the planet, after rumours arise that mysterious corpses have been found on the shores of Costa Rica. Malcolm is initially reluctant to go after his last encounter in Jurassic Park but is spurred into action when he learns that Levine, eager to see the corpses before they are destroyed by a secretive Costa Rican government, had left without him. It is soon revealed that Levine had disappeared and had dropped out of contact when investigating the corpses. 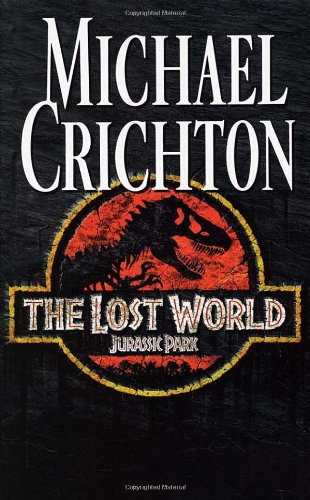 Malcolm decides to search for Richard by teaming up with others who had worked with Levine on a secretive task. These are engineer and retired university professor, Jack Thorne, and his assistant, Eddie Carr. They two had been working on a project for Levine, constructing two RVs as mobile laboratories for use on the ground. It is soon revealed that Richard had discovered an abandoned InGen complex on the Isla Sorna, where the dinosaur corpses had drifted onto the Costa Rican beaches. Ian had discovered the location with the aid of schoolkids and pupils of Levine’s, R.B “Arby” Benton and Kelly Curtis, after searching through Richard’s notes. Malcolm, Thorne and Carr head to the island in the RVs unaware that the two kids, wishing to go on what they believe to be a field trip, tucked themselves away on board. Dr Sarah Harding, an animal behaviourist and former lover of Ian’s, also decides to head from Africa to the island after receiving an invitation from Richard. Additionally, three individuals linked with Biosyn, the rival company of InGen, spied upon Levine and head to Isla Sorna as well with the hopes of trying to steal some dinosaur eggs.

While I enjoyed the novel, I found that it was difficult to get into at first and that I had to read half of the book before it became more interesting. I recall this being quite similar to my experiences when I read the first novel a few years ago and it may just have been Crichton’s writing style to have a slow build up. Crichton had written many novels before his death in 2008 and some were released posthumously which I will most likely read at some stage in the near future. Several of his novels were adapted into film, such as the Andromeda Strain or the First Great Train Robbery and of course the Jurassic Park films.

Has anybody seen my bat suit?