Greetings, Batman: Arkham Origins is the third instalment in the Arkham series and serves as a prequel to Arkham Asylum. Unlike the rest of the franchise, including the up and coming Arkham Knight, Origins was developed by Warner Bros. Games Montreal instead of Rocksteady Studios. A few of the voice acting cast had been changed as well such as Kevin Conroy handing over the role of Batman to Roger Craig Smith. Mark Hamill had also ended his career voicing the Joker after Arkham City and the part was passed over to Troy Baker, who had voiced Robin and Two-Face previously. Similar to Arkham City, Origins has side quests that are centred on villains including the Riddler, the Mad Hatter and Anarky. The open world also provides the player with the opportunity to find hidden Anarky tags hidden throughout the large map and to stop crimes in order to gain experience points that can be spent on upgrades.

The story takes place on Christmas Eve, five years before the events of Arkham Asylum and begins with Black Mask escaping from Blackgate penitentiary. Black Mask, who is actually called Roman Sionis, is Don of the most powerful criminal syndicate in Gotham, facing competition from the Penguin and the Falcone family. After his successful escape he places a bounty of £50 million on Batman’s head, attracting the services of the world’s most notorious assassins. The most notable of the eight killers are Bane and Deadshot, who had appeared in the series beforehand, as well as introducing Deathstroke. 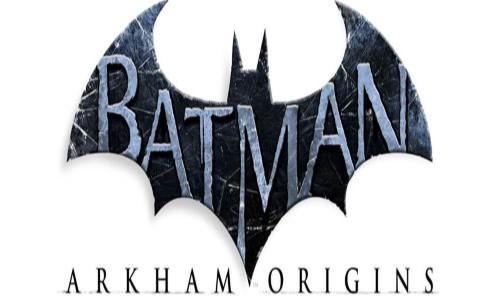 When trying to track down Black Mask and avoiding the assassins, Batman uncovers that the Penguin knows of Roman’s location. Batman then boards Penguin’s ship called the Final Offer, defeating two of the killers sent to kill him and finds out the location at an apartment complex. It appears that Black Mask, along with his girlfriend, had been murdered in that room but Batman deduces that the corpse is actually a body double, suggesting Black Mask was still alive and being targeted by an unknown villain. As such Batman attempts to unravel the mystery of the murder case, find the real Black Mask and fight off the world’s greatest assassins.

While I did enjoy the game I didn’t think it was as good as the two that came beforehand due to the plot being a bit thin. I also thought that while it does provide introductions for characters, including Batman’s future ally Oracle, it was missing the opportunity to provide other iconic characters that were in the other games, such as Two-Face or Poison Ivy, with an origin story. I’m looking forward to how Rocksteady will conclude the series but Arkham Knight won’t be released until 2015. Another issue I had with the game was that it didn’t seem to add any new elements to the series but this might change with inclusion of the Batmobile in Knight.

At some point in their lives, 1 in 6 children will be abducted by the Dutch.

Greetings, Mass Effect: Retribution is the third novel written by Drew Karpyshyn and it is set after the events of Mass Effect 2, acting as a link to the third instalment in the game series. The plot follows the main characters of Kahlee Sanders and Paul Grayson, both of whom were in the original two novels, as well as witnessing the return of David Anderson. Retribution also introduces new characters including the Cerberus assassin known as Kia Leng, one of the prominent antagonists in Mass Effect 3. As with the other two books commander Shepard is only mentioned in passing rather than included in the storyline because it would be too difficult to include him or her, depending on the player’s choice, in it.

The storyline begins with Paul Grayson, an ex-Cerberus operative who had defected from the organization a few years earlier during the events of Ascension, hiding in the Omega station. Paul works as a mercenary for the criminal matriarch and leader of Omega, Aria T’Loak, who is also known as the Pirate Queen. The Illusive Man, the leader of Cerberus, manages to track down Grayson with the help of Kai Leng and captures him alive. As Paul had known his cover was blown he had sent an encrypted message to a friend of his, Kahlee Sanders, who had helped him in the previous novel. Grayson warned her that Cerberus agents might be hunting her as well because of her role in resisting the organization. He also provides her with secret information on Cerberus, the data was previously kept a secret for insurance and would damage the Illusive Man if used correctly. 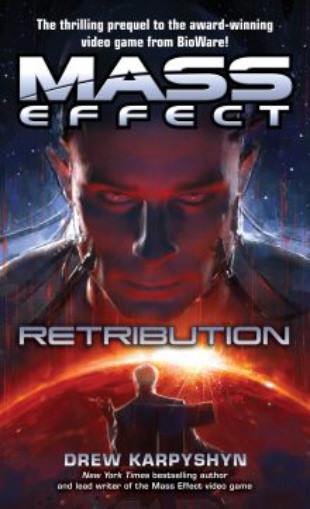 Sanders receives the notification and asks Admiral David Anderson of the Alliance for help in rescuing Paul. They in turn ask for help from the Turian embassy as some of the human representatives are secretly loyal to Cerberus. Once Grayson is captured by Kia Leng and brought to a secret location, the Illusive Man uses him as a test subject for experimentation with Reaper technology. The experimentation makes Pauls susceptible to Reaper indoctrination and the machines change him physically, making him stronger and quicker than is humanly possible. The Reapers use Paul as their spy, finding useful information on all the species of the galaxy, discovering their weaknesses and preparing for invasion. With the information that Grayson gave Sanders, the Turian military finds and attacks the Cerberus station that Paul is being kept prisoner in. In the chaos, the Illusive Man loses control of the station and Grayson manages to escape as a weapon of the Reapers.

Overall, it is a good novel on par with his previous book called Ascension and adds more details to the characters of Anderson, Kai Leng, the Illusive Man and Aria that was not seen in the games. I still believe that his first book, Revelation, was the best of his novels and I’m not sure if he will be writing any other Mass Effect books. The latest book follows on from Karpyshyn’s work and was released in 2012. It is called Deception and was written by another writer, William C. Dietz. I do intend to read it and review it even though the novel was heavily criticized by fans for contradicting previous lore.

Welcome to the madhouse, Batman! I set a trap and you sprang it gloriously! Now let's get this party started.