Greetings, Jurassic World was released in 2015 and it is the fourth instalment in the Jurassic Park series which began in 1993. The new cast includes Chris Pratt, Bryce Dallas Howard, Nick Robinson, Ty Simpkins and Jake Johnson. It should be noted that there are no returning characters such as Dr Alan Grant or Dr Ian Malcolm except for Dr Henry Wu who is reprised by his actor, B.D. Wong. Like Jurassic Park 3, World does not rely on the novels of the late Michael Crichton for inspiration. While the second and third film are still canon, the fourth movie ignores their existence for the most part and builds upon the lore established in the original plot. Apparently, Jurassic World has spent over a decade in development hell as Universal Studios had shown an interest in continuing the series in 2004 despite the mixed reaction to the sequels.

The storyline is set 22 years after the original Jurassic Park and returns to the island of Isla Nublar. A new theme park has been operating for several years despite the failure of Hammond’s vision and the massacre that had occurred in 1993. As a result, visitors are used to watching dinosaurs which prompts InGen to create genetically modified dinosaurs such as the Indominus Rex to keep attracting tourists to the island. The plot begins with Zach and Gray Mitchell being sent on holiday to the park as well their chance to visit their absentee aunt named Claire. Claire Dearing is the park’s operation manager and her occupation combined with her workaholic nature prevents her from being heavily involved in the lives of her nephews. She is pressurized by the push to open the Idominus Rex exhibit to the public and therefore asks her assistant to watch over the Mitchell brothers while she works. 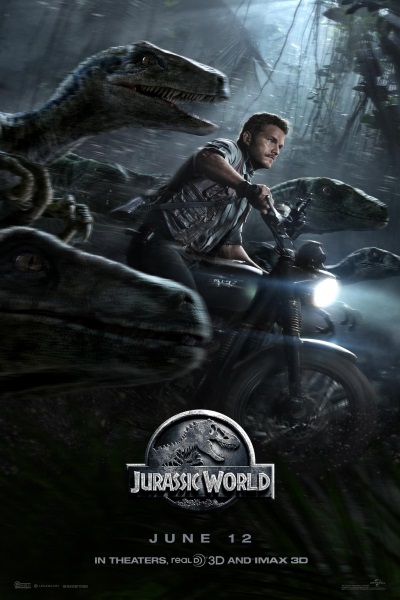 John Hammond’s successor as owner of the park, Simon Masrani, asks for the Indominus Rex’s enclosure to be inspected by an expert as he does not want a repeat of the original disaster. Under his order’s, Dearing asks for Owen Grady, the Velociraptor trainer, to examine the compound. It is revealed that the Owen and Claire had a brief romantic interest in each other but they did not reach the second date as they clashes over each other’s personalities. While inspecting the area, Owen notices there are scratch marks on the wall and fears the dinosaur may have escaped its pen. The Indominus Rex is particularly dangerous due to its genetically modified nature in which it was created from various creatures and because it had been raised in isolation for its entire life. Grady and two other staff members enter the enclosure to ensure it hadn’t escaped but they quickly discover that they are locked in with the Indominus. This leads to one of the panicked workers to open the door of the compound, allowing the Rex to access the island. The dinosaur manages to escape the area and kill Owen’s two co-workers before exploring the rest of the park. Owen survives the ambush and warns the park authorities that everyone on the island is in danger. Claire only calls for an evacuation of the island after a security team fails to capture the Indominus Rex.

The music was composed by Michael Giaccchino who had previously written music for some Jurassic Park games but he incorporates some of John William’s work into the film. I admit that I was initially cautious about the quality of Jurassic World considering the standard of the two sequels from 1997 and 2001 but my concerns were unfounded. It is a predictable but fun movie which is enjoyable to watch and contains a lot of humorous moments. If you have not already seen it, I would encourage you to do so, especially if you were a fan of the original.

Greetings, the Avengers: Age of Ultron is the sequel to Joss Whedon’s 2012 Avengers film in which most of the main cast reprise their previous roles. Tom Hiddleston’s Loki is notably absent from the movie, replaced by a new protagonist called Ultron who is voiced by James Spader. Other Marvel characters from the earlier instalments in the franchise such as War Machine, Falcon and Nick Fury also return for smaller roles in Age of Ultron. It is the eleventh movie in the ever growing Marvel Cinematic Universe which also plans to release Ant-Man later in the year and seems to be building an overarching storyline between the films which surrounds the Infinity Stones.

The plot begins in the fictional Eastern European country of Sokovia, where the Avengers are assaulting a Hydra compound. They are searching for a sceptre that had previously belonged to Loki and is now in the possession of a Hdyra agent called Wolfgang von Strucker. Strucker had been using the sceptre on the Maximoff twins, known as Quicksilver and Scarlet Witch, for human experimentation. The Maximoff twins hold a grudge against the Avengers as Tony Stark’s weapons had killed their parents during Iron Man’s days as an arms dealer. Quicksilver has the superpower of rapid speed while his sister has the ability to get into people’s minds and control their thoughts. The raid is successful as the Avengers manage to retrieve the sceptre but the Maximoff twins evade capture.

Stark notices that the sceptre contains Artificial Intelligence that he and Bruce Banner use to build a global defence program named Ultron. The defensive system is kept a secret from the rest of the group until Ultron is awakened and plans to save earth. The AI becomes sentient, believing that humanity must be exterminated if he is to save the world from destruction. He, in the form of one of the Iron Men bots, turns Stark’s weapons against the Avengers and escapes with the sceptre. In his quest for human extinction, Ultron recruits the Maximoff twins who desire revenge on the superheroes. As such, it is up to the Avengers to stop the AI and his mechanical army before he can complete his vision of a human free world.

While it is entertaining to watch, it does not surpass the original’s entertainment value in my opinion as the novelty of a team up is no longer a fresh concept. I believe that Marvel films are problematic because there are no high stakes due to the genre’s nature of light-heartedness. Major characters are likely to survive the ordeals they face in order to continue with their own series and therefore it lacks a tense atmosphere. The sequel tries to strengthen the characters by expanding Hawkeye’s background as well as establishing a romantic relationship between Banner and the Black Widow. If you are a fan of the original you would probably enjoy this movie although I felt as if it had less humorous moments than the first film. I do have concerns that Marvel may be oversaturating the market with future Avengers films and standalone instalments of other characters but I will have to wait to understand if this is the case.

The Force is with us, Master Sidious.