Guardians of the Galaxy Vol. 2

Greetings, Guardians of the Galaxy Vol 2 is the sequel to the 2014 film and serves as the 15th movie in the Marvel Cinematic Universe which originally started in 2008 with Iron Man. Along with the established cast of Chris Pratt, Zoe Saldana, Dave Bautista, Bradley Cooper and Vin Diesel, there are some new additions including, Kurt Russel, Pom Klementeiff as well as a brief appearance by Sylvester Stallone. James Gunn and Tyler Bates return to the previous roles as director and composer respectively. Like the original, the soundtrack has many hits from previous decades including work from artists such as ELO, George Harrison and Silver. In my opinion the songs suit their respective scenes but are not as memorable as the soundtrack in the first one.

The story begins several months after the conclusion of the first film. The Guardians, including a now infantilized Groot, are employed by an alien race known as the Sovereigns to protect a very expensive energy source from a creature that seeks to devour the power. After completing their mission they are rewarded by the Sovereign leader, named Ayesha, with a gift. She presents the Guardians of the Galaxy with a captive Nebula, antagonist from the original, sister of Gamora and daughter of Thanos, bound in chains. As the Guardians attempt to leave the planet, with a reluctant Nebula in tow, it becomes apparent that Rocket had opportunistically stolen some of the batteries during the battle with the interdimensional creature. The slighted Sovereigns decided to take revenge by sending a fleet after the Guardians with lethal intent. Star Lord, initially unaware of Rocket’s pilfering, is chased across the galaxy by the Sovereigns and attempts evasive action to escape the numerous hostile force. They are eventually saved by a mysterious figure who destroys the enemy vessels but the Guardian’s ship has taken too much damage and hurtles towards a forested planet. 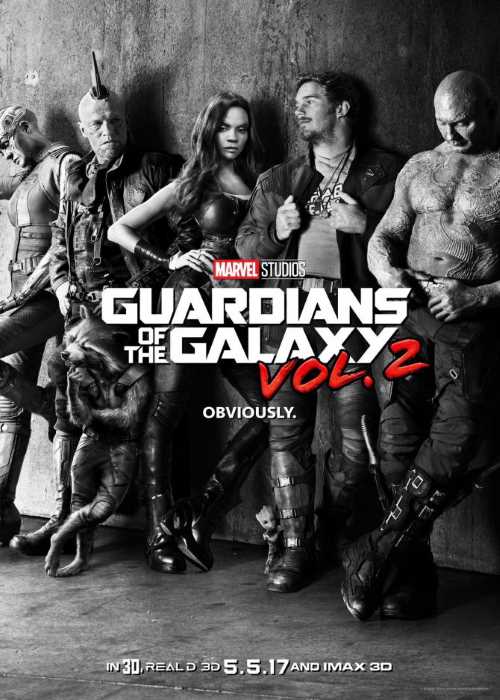 The ship crash lands but everyone on board escaped unharmed, including Nebula. The mysterious figure rom earlier had followed the Guardians and landed on the planet shortly after them. He, calling himself Ego, and his friend Mantis introduce themselves to the Guardians in which Ego informs Star Lord that he is his long absent father. Ego offers Peter Quill/Star Lord a chance to see the planet on which he lives to which Star Lord agrees, intrigued to understand his much missed father. Gamora and Drax are invited along too, leaving Rocket to fix the ship while accompanied by Groot and Nebula. The group were unware that the Sovereigns had employed the services of Yondu, a Ravager with a complicated relationship with Star Lord. As such, Rocket was left to defend the ship effectively by himself and results in his capture after a spirited effort to fight off Yondu’s men. Star Lord, Gamora and Drax explore the idyllic planet that Ego had made home but slowly realize that it is not as blissful as they had once thought.

Overall, I really enjoyed the film and consider it to be nearly the equal of its predecessor in terms of intriguing characters, well executed action and humorous elements. The infantilized Groot was a particular highlight of Vol 2 for me and was responsible for some of the films more comedic moments. The Guardians of the Galaxy is intended to progress into a trilogy and the characters will make appearances in other Marvel films. I am very interested in seeing what is planned for the next Guardians of the Galaxy adventure and particularly how the character of Mantis will fit into these new instalments.

Wallace and Gromit in the Curse of the Were-Rabbit