The Strange Case of Dr Jekyll and Mr Hyde

Greetings, the Strange Case of Dr Jekyll and Mr Hyde is a famous novella from 1886 and was written by Scottish author Robert Louis Stevenson. It is arguably Stevenson’s most iconic works, rivalled only by Treasure Island in this regard. This book is one that I had wanted to read for a while, in part, because I have developed an interest in reading some of the old classics that laid the foundation for modern day literature and storytelling. I haven’t read that many of these older tales but made a start by getting through King Solomon’s Mines and started collecting some novels for future use. Another appealing factor was that it served as the inspiration and provided an important influence in the creation of my favourite Batman adversary, Harvey ‘Two-Face’ Dent, according to the Dark Knight co-creator Bob Kane.

The plot follows the perspective of Gabriel John Utterson, the lawyer and personal friend of the titular Dr Henry Jekyll. Gabriel and his cousin Richard are walking down a street one night when they pass a particular doorway. Richard tells Gabriel of a peculiar incident that occurred there some months ago. A man of horrid appearance named Edward Hyde had trampled upon a young girl after accidently bumping into her. This occurred right in front of Enfield who then pressed Hyde to pay a £100 to prevent news of the incident from being spread across the city. A disgruntled Edward agreed to do so and reluctantly brought them to the door that Richard had indicated to his cousin. It was here that he provided a cheque to them in the name of Dr Henry Jekyll. The story alarms Utterson as Jekyll had recently rewritten his will to make Hyde the only beneficiary and fears that the doctor is being blackmailed. 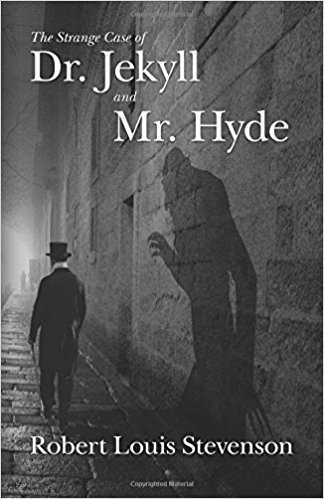 John travels to Jekyll’s house and confronts him about these matters. Henry is defensive upon hearing the theory. He asks his friend to leave the case alone and to let Edward be but this causes Utterson to be more curious as Jekyll was becoming more withdrawn the past few months to the point of being a hermit. The matter of Hyde arises again when in October the foul man beats one of Utterson’s clients, Sir Danvers Carew MP, to death with a walking stick. A servant of Carew’s sees the murders take place and informs the police of the atrocity. The police then come to John who in turn leads them to Hyde’s abode but they find it empty. A broken cane, the one that killed Danvers, is found inside and leads to some further questions as Utterson had presented the very same cane to Dr Jekyll as a gift. John continues his investigation despite Henry’s objections and eventually begins to unravel a mystery steeped in the supernatural.

Overall, while the book may be a bit slow at times and certainly isn’t as shocking to today’s desensitized audience, I found it to be a good read. The character, or arguably characters, of Dr Henry Jekyll and Mr Edward Hyde still has a large effect on modern popular culture. The character has appeared in various films such as Hugh Jackman’s Van Helsing, the League of Extraordinary Gentlemen and the recent reboot of The Mummy which was intended to launch Universal’s Dark Universe series but was slated by reviewers upon release. While not a particularly current example, James Nesbitt also portrayed a similar but modernized version of Stevenson’s creation in a British television series called Jekyll from 2007. There have also be numerous adaptations of the source material including movie versions in 1931 and 1941 which star Fredrich March and Spencer Tracy as the main character respectively. I would recommend this short novella if you are looking to plunge into some of the old classics and genre defining books.

Shall we play a game?