Greetings, the House of Cards trilogy is a series of political thriller novels written by Lord Michael Dobbs, an author and British Conservative politician. The books, which began with ‘House of Cards’ in 1989, continued with ‘To Play the King’ in 1992 and ‘concluded with ‘The Final Cut’ in 1994, went on to be adapted for television by the BBC during the 1990s. The protagonist of the novels, a Machiavellian Tory by the name of Francis Urquhart was played by Shakespearian stage actor Ian Richardson in that version of the story. Richardson was mainly known for his theatrical performances but had appeared on other filmic works such as Terry Gilliam’s Brazil. The novels entered mainstream popular culture once again when Netflix created an American version for its platform featuring the now ostracised Kevin Spacey as Frank Underwood, a high profile member of the Democratic Party.

The plot of the first novel begins shortly after the resignation of Margaret Thatcher in which Henry Collingridge is elected to the leader of the Conservative Party and, by extension, to the office of Prime Minister. Francis Urquhart, Chief Whip for the Tories, expects a high position in Henry’s cabinet after the party performs well in a General Election but soon discovers that the Prime Minister has no intention of reshuffling his ministers despite Urquhart’s wishes. Collingridge explains that such a drastic reshuffling could prove disastrous to him, likening it to the ‘Night of the Long Knives’ in 1962 that brought about Harold Macmillan’s downfall. Francis is displeased with the answer and plots the political demise of the party leader through the use of blackmail or extortion of ministers and leaking information to a young reporter named Mattie Storin with whom Urquhart develops a sexual relationship. The aspiring Chief Whip even resorts to murder as part of his scheme to get himself to the top of the Conservative Party. Francis’ attempts to overthrow Collingridge are eventually successful and he gets himself elected to the position of Prime Minister of the United Kingdom of Great Britain and Northern Ireland. 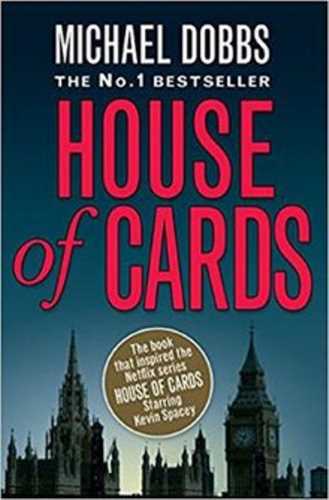 His premiership faces rivalry with an unexpected source during the events of the second novel, the king. Despite initial warmness and goodwill the two men fail to agree on social matters as the monarch, being an empathetic character, believes the PM’s policies will ultimately hurt his subjects. Urquhart holds that the king’s beliefs will do damage to his own career and seeks to silence the ruling monarch, noting that the Crown is mixing in with politics when it should be remaining a distant figure. By the beginning of the third book, Urquhart has vanquished many of his political foes and is about to eclipse Margaret Thatcher’s record by becoming the longest serving Prime Minister Albion has ever had. Francis hopes to cement his legacy on overseeing the peace negotiations between the Cypriots and the Turks, bringing an end to their conflict over Cyprus but recently discovered sources of oil throw all carefully laid plans into jeopardy. Urquhart’s own dark past, forged during the EOKA’s guerrilla war against British colonial administration of the island, threatens to finally bring an end to Francis’ leadership.

I really enjoyed this series of books and believe that Francis Urquhart is a very interesting character, even regarding his real world conception as a result of an unpleasant meeting between Dobbs and Thatcher in which Michael decided to create the villain around the initials ‘FU’. Francis was nicely fleshed out along the series, most notably in ‘The Final Cut’ which briefly alludes to his days as a soldier in the British army during the Cypriot struggle for independence. To my understanding, the original version of the first novel was extensively rewritten to ensure the books retained continuity as the first ‘House of Cards’ had ended very differently from the modern, accepted cannon. The newer version made Francis more immoral, introduced a deeper relationship between him and Mattie Storin as well as expanded upon his wife Mortima as another political schemer when she had initially been a secondary character. I might look into the other books Michael Dobbs has written in the future but it is safe to say that they don’t have the same cultural influence as his ‘House of Cards’ trilogy.