Greetings, Wolfenstein: The New Order was released in 2014 and the plot follows on from the 2009 version of Wolfenstein. Unlike previous games in which the protagonist is silent, the New Order provides William B.J. Blazkowicz with a voice and offers an insight into his background. With his new voice William is able to have a personality that he had been deprived of in previous instalments. His development can be seen in how interacts with other characters, most notably with his love interest. That being said I did find that some of the characters were a little dull or lacking in originality but the game makes up for it in other areas such as the soundtrack. One of the more memorable parts of New Order is the music and its twist on existing works. Famous songs or bands from the 1960s such as the Beatles are parodied by the game with German vocals.

The plot begins with B.J. on an Allied assault on Deathshead’s compound in 1946. It should be noted that William has been trying to kill General Wilhelm ‘Deathshead’ Strasse since they first meet in the 2001 game titled Return to Castle Wolfenstein. The mission becomes a failure when Blazkowicz and his team members are caught by Strasse. The player is then forced into a choice in which B.J. has to save the life of one of two characters. William can either save the Scottish pilot named Fergus Reid or the young Private called Wyatt. Once the choice has been made Deathshead leaves the protagonists to die in an incinerator but they manage to escape. While evading his attempted execution, B.J. receives a head injury that leaves him in a coma for 14 years. 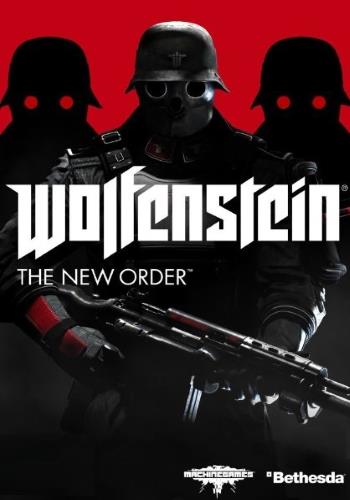 After over a decade of incapacity, Blazkowicz wakes up in a Polish hospital to find out the Nazis have won the Second World War and taken over the world. He is awakened in 1960 when Nazi troops are shutting down the asylum and killing those who resist the closure. Among those killed are the family who ran the facility, the parents of the head nurse called Anya Oliwa. With little time to understand the situation William kills the Nazi forces and flees the area with Anya. He is then led to her grandparent’s house where he is told of the Allie’s defeat and the spread of Nazism which is enforced by technological advancements. Those technologies include military robots and heavily armed soldiers with futuristic weaponry. Despite the bleak scenario, Blazkowicz doesn’t give up hope but tries to find the resistance movement along with Anya and fight the authoritarian regime.

I believe that this is the best Wolfenstein game I have played so far but I have only experienced the 2001 and 2009 instalments in the series. It brings back characters from the previous game such as Caroline Becker, leader of the resistance movement, and introduces new characters such as the villainess called Frau Engel. It provides the player with a varied selection of enemy AIs to kill in which they can be disposed of stealthily with a knife or in a guns blazing conflict. Overall, I found the game to be enjoyable even if it wasn’t groundbreaking or overly original and would encourage you to play it if you are familiar with the Wolfenstein series.

Hello, I am Baymax, your personal healthcare companion.

Greetings, Big Hero 6 is an animated Marvel film from 2014. Like other Marvel films it is based off the original comic books but this film is different from the rest of the cinematic universe as it isn’t live action. I am unfamiliar with most of the voice actors as Alan Tudyk is the only actor that I know from the list. Other cast members include Ryan Potter, Scott Adsit, James Cromwell and Genesis Rodriguez. I don’t believe that Big Hero 6 is related to the ever growing cinematic Marvel Universe or television shows as it is set in the futuristic and fictional city of San Fransokyo, a combination or fusion of Tokyo and San Francisco. The composer is Henry Jackman who also wrote the soundtrack for X-Men: First Class and Wreck-It Ralph.

The plot centres on Hiro Hamada, a young prodigy with a future in robotics, and his brother named Tadashi. Tadashi is also a gifted engineer who is working on a personal healthcare unit called Baymax. Hiro’s interest in working alongside his brother at his university is peeked when he meets Tadashi’s co-workers and the experiments they are working on. He decides to enrol for the prestigious university but he needs to impress Professor Robert Callaghan, head of the robotics apartment before he can be accepted. He attempts to do this by attending a science expo in which he presents his work to an audience. Hiro had created micro bots that can be linked together to form various shapes via mind control. The presentation was a success and catches the attention of both Callaghan and an entrepreneur called Alistair Krei. Hiro is offered a place in the university by Callaghan and is offered money by Krei but Alistair’s offer was refused. 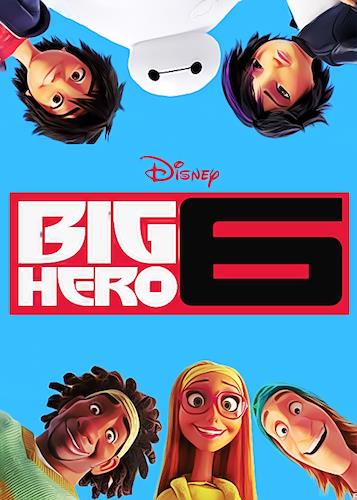 Later that day a fire breaks out at the expo. Tadashi, realizing that Robert was still inside the burning building, runs inside to save him. It turns out that he was killed during his rescue attempt which forces Hiro into social isolation. One day Hamada accidentally awakens Baymax who wishes to heal Hiro of his pain. The plot picks up when one of the micro bots is reacting to a command and leads the two to a warehouse. It was previously believed that the machines had been engulfed in the fire and destroyed. Hiro and Baymax discover that the robots are being mass produced by a masked villain who spots the two protagonists, attacking them with the micro bots. They two manage to escape the facility and in order to find out the truth Hiro programmes Baymax to fight using martial arts. Hiro also recruits the help of Tadashi’s co-workers who use their scientific knowledge to become superheroes.

Overall, I found it to be an enjoyable movie but it couldn’t be compared to the other Marvel films as they are targeted at different audiences. Big Hero 6 is clearly focused on children when the likes of the Avengers or Iron Man has a much wider demographic. The humour was whimsical and well executed, fitting in nicely with the serious scenes. The plot while not overly complex or original was entertaining nonetheless although a few of the characters were rather forgettable. Due to the success of the original there are talks for a potential sequel which will most likely be made.