Greetings, John Wick is a neo-noir film from 2014 which was directed by Chad Stahleski and David Leitch. The music was composed by Tyler Bates who also had roles in creating the soundtrack for other famous movies such as 300, the Guardians of the Galaxy as well as its upcoming sequel. John Wick stars well-known actors including Keanu Reeves as the titular character, Willem Dafoe, Michael Nyqvist and Alfie Allen among other cast members. A sequel titled John Wick: Chapter Two has also been planned and is hoped to be released in 2017, which could potentially lead the way to other sequels in the future.

The plot begins with a retired assassin called John Wick losing his wife, Helen, to a terminal illness. In order to help John cope with her loss, Helen had prepared for a puppy named Daisy to be delivered to her husband in the event of her death. The puppy was given to John as a means for him to stay emotionally connected and ensure that he wouldn’t suffer through her death alone. Overtime the retired hitman and the puppy developed a special bond, forming a happy relationship until it is disrupted by a chance encounter with the son of a Russian mobster. The son is named Isoef Tarasov, a cocky and entitled young man that believes he can get whatever he wants. John and Isoef’s paths cross at a petrol station when Tarasov puts in an offer to buy Wick’s car, a vintage 69 Mustang. The retired contract killer refuses any attempts to make a deal and the two seem to part ways however John is unaware that Tarasov’s gang followed him back to his house. 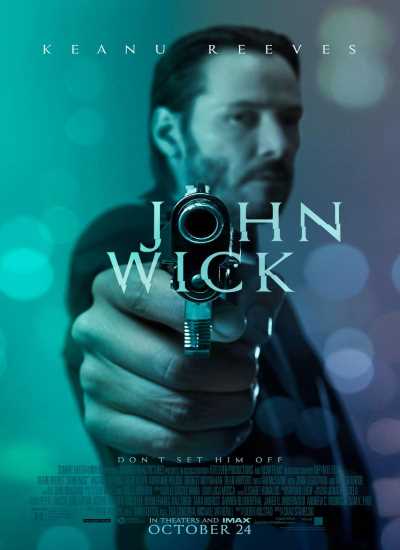 During the night, the gang attempt to steal his Mustang but John catches them in the act. The gang have the advantage in numbers as well as the element of surprise and as such they manage to knock him unconscious. Despite this, he remains long enough in a state of drowsiness to see his puppy, Daisy, being killed by Isoef purely out of spite. Wick wakes to find the corpse of Daisy beside him and his Mustang stolen. John decides to pick arms once again to avenge the death of Daisy as well as to reclaim his car. Viggo Tarasov, the Russian gangster and father of Isoef, eventually learns of his son’s actions. He beats his son for his foolish actions and declares that John Wick was his ultimate hitman, nicknamed Baba Yaga or the bogeyman because of Wick’s skill in combat. Realizing the potentially dire consequences for himself, Viggo reaches out to John and extends an offer of peace in order to avoid any conflict. Wick refuses, forcing Viggo to send out a hit squad to John’s house in order to end the situation as quickly as possible. John Wick survives the attack and he escalates the matter by seeking revenge on both Tarasovs.

While the movie is not outstanding in terms of character development or original in its storyline, I did find it visually impressive. The fight or action scenes were well choreographed, more so when John was forced to fight in hand to hand combat against multiple hostiles. Additionally, I found that it was easy to root for John Wick as the protagonist while Isoef Tarasov was successfully portrayed as a dislikeable, cowardly antagonist as the writers had in mind. While I wouldn’t say that this film is an essential experience for movie goers, I did find it to be an enjoyable, if somewhat predictable movie. It is certainly worth a watch if you find yourself in a mood to watch an action film but are at a loss as to what to watch.

Those socks need a good darning... Darn you, socks!

Greetings, Fargo: Series Two is a television series from 2015 and serves as a prequel to the original Fargo show. The film was set in the late 1980s and the first television series was set in 2006 while this season is located in the final years of the 1970s. It mainly follows the character of Lou Solverson, who is the protagonist in this dark crime thriller, a Minnesotan cop played by Patrick Wilson. The character had been introduced in the first series as a recurring character and father of the heroine, Molly, who followed in her father’s footsteps by becoming another police officer. An older Lou was played by Keith Carradine in the original Fargo television show and it should be mentioned that the actor makes a brief return in this series. Other actors or actresses in the second Fargo include Jesse Plemmons as Ed the Butcher, Kirsten Dunst as Peggy and Jean Smart as the matriarch of the Gerhart criminal syndicate.

The story begins in 1979 in which the Gerhart family is under threat from two incidents. The first is that the ageing patriarch Otto suffered from a heart attack, leaving a power vacuum in his place as the three Gerhart sons want to assume control of the criminal organization. The second is the growing influence of the Kansas City mob who wish to carve their way into Gerhart territory, either by buying the family out or through seizing victory in a bloody gang war. Problems are further escalated for the crime family when the youngest Gerhart heir, Rye, attempts to threaten a judge in a waffle restaurant. The restaurant is nearly empty but the situation takes a turn for the worse when he loses his cool and kills the judge as well as a cook in a heated exchange. Rye, in an attempt to kill all witnesses, chases a wounded waitress by following her outside. He shoots her in the back but before he can get off the snow covered road, Rye is distracted by a glowing phenomenon in the sky at which point he is hit by a passing car. 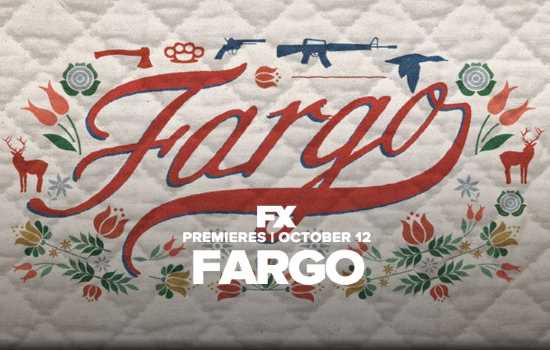 It is soon revealed that a local beautician called Peggy Blumquist had hit Gerhart and in a state of panic brought Rye back to her home, believing she had accidently killed him. It turns out that he was seriously hurt in the accident but still alive. Ed, Peggy’s husband and the local butcher, soon finds out about Rye as he is trapped in their garage. The manic Gerhart attacks Ed but Blumquist is able to stab Rye to death in retaliation. A startled Ed and Peggy decide to get rid of the body by disposing of it in the butcher’s shop as well as hiding any evidence of what had occurred by dealing with the broken car. Meanwhile Floyd Gerhart, acting leader of the mob as well as mother of Dodd, Bear and Rye, grows increasingly worried over her youngest son’s disappearance. A Native American tracker for the Gerhart’s, called Hanzee Dent, is sent to find Rye’s whereabouts and bring him home. The situation is increasingly pressurized when the Gerhart’s are faced with the prospects of war with Kansas City when enforcers such as Joe Bulo, Mike Milligan and the Kitchen Brothers attempt to push the Gerhart’s syndicate into selling over their organization.

I really liked this season and thought that the colourful styles or fashions were visually pleasing, giving the show some character. I also believed the 1970s setting proved to be an interesting backdrop for the story to take place and liked the occasional hints of the future to come. For instance, Ronald Regan was added into the plot but he has little roles in it except to drive home the point that Fargo was set in the 1970s. While the show did have some draw backs, such as the unexplained extra-terrestrial side story and the supposed fate of Hanzee Dent, I believed that the series was on par if not slightly better than the original. The season didn’t suffer from the absence of the original antagonist, Lorne Malvo, like I had previously been concerned about and as such this is a show that I would definitely recommend, especially if you enjoyed the first one. I look forward to the third series which takes place after all the events we have seen so far in all the Fargo timeline as it is set in 2010.

Because some roads you shouldn't go down. Because maps used to say, "there be dragons here." Now they don't. But that don't mean the dragons aren't there.