On Becoming A God In Central Florida

Greetings, ‘On Becoming a God in Central Florida’ is a dark comedy television show from 2019 that was created by Matt Lutsky and Robert Funke for Showtime. The series, which was cancelled after one season due to production difficulties in the era of Covid despite initial promises of a second instalment, stars Kirsten Dunst, Mel Rodriguez, Théodore Pellerin, Beth Ditto and Ted Levine among some of the top cast members. The music was composed by Danny Bensi and Saunder Jurriaans who also worked on the score for ‘American Gods’ and ‘Ozark’ but, like the creators of the show, they don’t seem to have been involved in many other notable projects.

The plot, which as its title suggests is set in Florida, begins in 1992 and focuses on the impoverished Stubbs family. The small family consists of spouses Krystal and Travis, alongside their infant named Destiny, who are struggling to get by and are living from pay check to pay check. Travis, while holding on to a stable but unfulfilling office job, has managed to get himself involved in a pyramid scheme which he believes will make him richer than his wildest dreams if he just puts in the hard work. He is moonlighting as a member of FAM, a cult like organisation called Founders American Merchandise, that sells cheap products for everyday needs. Travis believes that he can climb the organisational ladder by bringing in more recruits and making them sell wares on his behalf. This belief is spurred on and intentionally stoked by the motivational tapes of FAM’s founder, Obie Garbeau II, who Travis and other FAM participants have deified in their search if wealth. 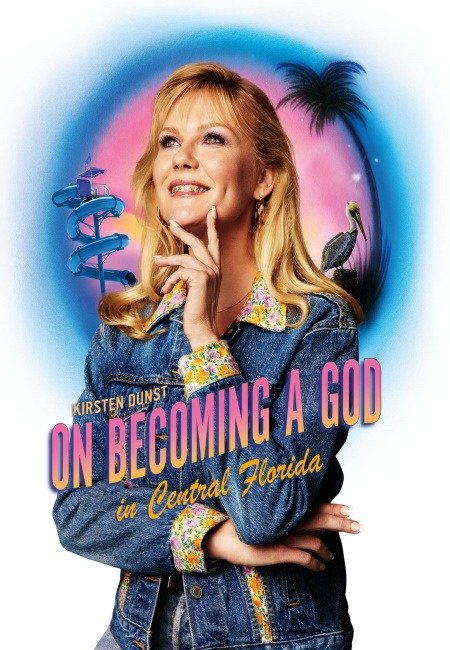 Travis is eventually convinced by the tapes and is egged on by his friend, a fellow FAM member named Cody Bonar, to quit his job with the intention to become a full time salesperson for FAM. This naturally frustrates Krystal who is very sceptical that the system even works but Travis will not listen to reason as he believes that his old job was holding him back from greatness. Krystal can see that the attempts to peddle FAM products by trying to sell them across greater and greater distances has only brought an exhausted Travis closer to ruin. Travis is either too ignorant or unwilling to accept this reality until tragedy strikes. While driving his car, a delirious Travis accidently steers his car into an alligator infested river and is mauled to death by the apex predators. The distraught and angry Krystal, now on her own with a baby to raise, sets her sights on destroying FAM and its founder from the inside in an act of revenge.

I thoroughly enjoyed this show and found the characters to be compelling as they navigated through the seedy world of Multi-Level Marketing. This is particularly the case for Dunst’s portrayal of Krystal, who I found was easy to root for early on, and Levine’s take on the wealth and image obsessed Garbeau II. While I was familiar with most of the cast, there were some actors and actresses who were new to me who I found had provided solid performances. If you are looking for some intriguing character drama, I’d certainly recommend giving this one a try. Even though the show was cancelled with plenty of story left to tell, it concluded on a perfectly satisfying ending in my opinion.

Does your incompetence know no bounds?