Greetings, The World’s End is the third film in the Cornetto trilogy, a movie series that stars British actors Simon Pegg and Nick Frost. It was released in 2013, following their two previous projects Shaun of the Dead Hot Fuzz, which were revealed in 2004 and 2007. While both Pegg and Frost are in the 2011 comedy, Paul, it is not regarded as part of the trilogy as it wasn’t directed by the same director, Edgar Wright. Prominent actors in the main cast are mostly British and include Martin Freeman, Bill Nighy and Pierce Brosnan.

The plot revolves around the protagonist, a middle aged man called Gary King who is played by Pegg and still behaves like his teenage self and has a desire to re-experience his youth. He attempts to achieve this by tracking down his old, estranged school friends and to complete the “Golden Mile”. The mile is a pub crawl of 12 pubs in their local town of Newton Haven and which concludes at a bar named The World’s End, a target they failed to reach in their teenage years. King eventually manages to persuade his old and now successful friends to join him in completing the challenge. 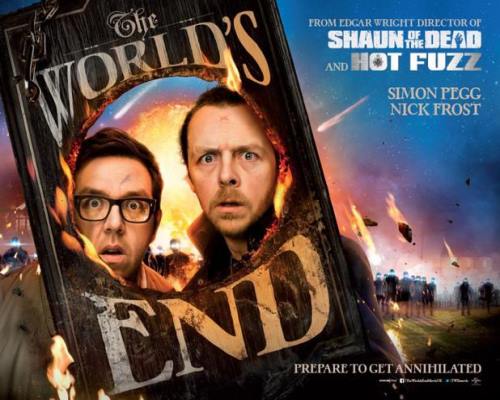 There are tensions between Gary, who had never grown up, and his best friend Andy who criticises King for not doing something constructive with his life. The conflict is pushed into the background when the group begin to suspect that residents of Newton Haven are acting unusually. Gary claims to have been a local legend of the town but few of the inhabitants remember him and seem to have changed their personalities, warning King that something is wrong. His suspicions are confirmed when he accidentally starts a fight with a teenager in the men’s bathroom, to his surprise the youth doesn’t appear to be human. He ultimately wins the fight with the help of his friends and once the group realize that they tangled in a conspiracy they attempt to complete the “Golden Mile” to avoid raising suspicion of the locals and escape Newton Haven.

I liked the film but I believe that Shaun of the Dead is still the best film in the series. If you enjoyed the previous instalments in the Cornetto trilogy you would most likely like this too. The actors provided the film with good performances, it is quite humorous for the most part with an interesting plot and colourful characters. Overall it is a movie that I would recommend, especially if you are a fan of their previous work, Shaun of the Dead and Hot Fuzz.

Shaun of the Dead

Greetings, Call of Juarez: Gunslinger is the fourth game in the Juarez series and brings the franchise back to the Western genre. The game was released in 2013, offering the player the chance to complete three different playable segments which include the campaign, a duelling section and an arcade mode. The story has a minor link to the original plot that is covered within the first two games as the McCall brothers are only mentioned in Gunslinger’s storyline rather than involved in it. Call of Juarez: Gunslinger follows the adventures of a new protagonist over a long time period that begins and ends in the year 1910. I’m unsure if there are any references to the third instalment in the series as I haven’t played the Cartel but I would imagine that due to its negative reputation, Techland and Ubisoft would want to distance the two games.

The plot begins with an old bounty hunter, named Silas Greaves, entering a saloon. Greaves entertains a small group of patrons as he drinks by retelling stories from his bounty hunting career that involve him hunting down legendary bandits and outlaws such as Jesse James. The patrons play only a small role in the plot, mostly asking Greaves questions, and as such they lacked a chance to develop their personalities. Despite this criticism, the main protagonist of Silas is an interesting character with an intriguing style of narration. Greaves’ storytelling contains elements of humour and exaggeration in his recounting of his adventures as he is an unreliable narrator or is misheard by his audience, leading to confusion. 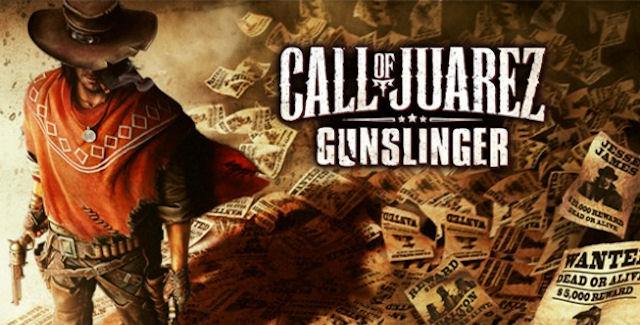 The plot is short and very simplistic with only one twist at the end but in my opinion that doesn’t make the game any less entertaining. It is revealed at the beginning of the story that Silas is seeking revenge on three bandits for crimes they had committed in his past, his most prominent target being a man named Roscoe Bob Bryant. His motivation for tracking down Bryant and his companions isn’t revealed until later on in the story. While on his quest for vengeance Greaves often hunts down infamous outlaws, a factor that makes the patrons question the authenticity of his tales.

While the game is short in the campaign mode it makes up for it with memorable music, an interesting art style and two other playable modes that were already mentioned. The story mode contains an additional task for the player to complete. The player is meant to explore the map and discover the locations of nuggets of truth, items that provide information on historical figures and events. It took me a while to get into Gunslinger but I enjoyed it in the end. I am unsure what the future of this series will look like or if there will be another instalment.

Don't talk like you're one of them! You're not... even if you'd like to be. To them you're just a freak, like me. They need you right now, but when they don't they'll cast you out, like a leper. See, their morals, their "code"... it's a bad joke, dropped at the first sign of trouble. They're only as good as the world allows them to be. I'll show you - when the chips are down, these, ah, "civilized people"? They'll eat each other. See, I'm not a monster. I'm just ahead of the curve.