Greetings, today’s blog update is not a normal instalment in which I review a film, novel or video game as per usual. This is more of a general update in which I inform you of what is currently happening now and what will happen in the future regarding my blog as well as my involvement in Write Wise. At present, I write two blog updates a month and in almost eight years of the blog’s history there has only been four occasions were just one blog update was written for an entire month. I intend to ease off the amount of blog updates that I am currently writing by releasing one per month. This change is for a number of reasons. Firstly, I am not experiencing or consuming as much media to review for the blog that I had been able to do so in previous years. This is due to increased time constraints with work and exercise, among other things. I am hoping this relaxation on producing updates will give me more time to invest in writing new Write Wise entries as well as providing me with an opportunity to experience more games or other mediums. This in turn will mean that I will have a greater variety of items to choose from and review.

On another note, while I had been able to produce around four articles a month in the early years of my site, this has changed because of the growth in content. The modern reviews are a simplistic breakdown of the topic with my own verdict on the subject but the new ones are much larger than and more in depth to what I had been writing back when I started reviewing in 2008. Despite this, I intend to write the updates at the same pace or frequency until the end of this year as I have been so far and will start producing around one per month when 2017 begins. Of course, months like December will probably have more than one update due to the blogging traditions that I have created over the years. For instance, the last update in the year is when I review the year’s entertainment, meaning there are three blog updates that month rather than the standard two. 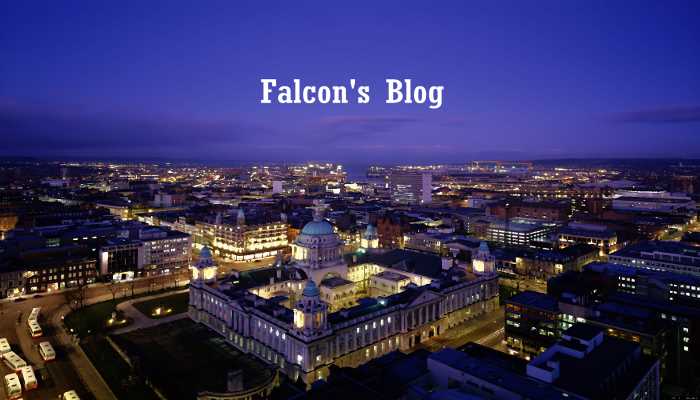 In Write Wise news, I am still writing the follow up to Cogworld and aim to release it soon. I hope you are looking forward to it and that you will enjoy the story when it is finally released in a short while. This is a notable instalment in my entries as it serves as a prequel, sidequel and a sequel to the original story that was released back for the 2012 Christmas challenge. As such, quite some time has passed as I was still a first year in Queen’s University when Cogworld was published but this new addition is a story that I have wanted to tell for a while and decided this was the year that I would write it. While the original characters play a role in the new novel, they are not the main focus of this plot. It is focused on a character from the first Cogworld and new individuals but the protagonist of this story was never really developed in the original.

During one of the final blog updates from 2015, I had stated that I was hoping to return to the Guardian series in 2016 due to its absence from Write Wise since 2014. This is looking increasingly unlikely considering that we are almost halfway through the year already. I always write the Guardian novels in batches of two due to the fact that it is one long overarching storyline that can be difficult for the readers to remember if the entries are too spaced out. I do plan to write the sequel to the Scoundrel Squad however, as well as continuing a Christmas entry for either the Death and Life of Ellen Smith or the Misadventures of Murdoch and McKenzie. I have yet to come up with a concrete plot for either at the minute but I am confident that I will have an exciting one as the time draws nearer.

I am going to die surrounded by the biggest idiots in the galaxy.

Written by Falcon, Tuesday 31 May 2016
Comments

Greetings, Captain America: Civil War is the third instalment in the titular heroes’ series and is the thirteenth Marvel movie to have been released since Iron Man first began the Cinematic Universe back in 2008. Civil War also started the third phase of the MCU which will see movies like Guardians of the Galaxy Vol. 2, Spider-Man: Homecoming and Thor: Ragnarok coming to the big screen in the years to come. It retains most of the cast from previous instalments of the Avengers as well as the first two Captain Americas but Mark Ruffalo as the Hulk, Chris Hemsworth as Thor and Gwenyth Paltrow as Pepper Pots were notably absent. Among new additions to the universe were Tom Holland as fan favourite superhero Spider-man in his long awaited debut as well as Chadwick Boseman who played the Black Panther.

The story follows on from the events in Avenger’s Age of Ultron and is set several months after the fictional East European Nation of Sokovia was attacked. Several members of the Avengers thwart the plan of Crossbone’s to steal a biological weapon in Lagos but things take a turn for the worst when the villain decides to take drastic measures. Crossbones, instead of admitting defeat, decides to detonate his explosives in the hopes of taking out Captain America as he is in the blast radius. Wanda quickly uses her telekinetic abilities and traps the explosive power in her force-field but she accidently destroys a nearby building, killing humanitarian workers from the fictional country of Wakanda. This accident is another event which causes the United Nations to consider passing the Sokovia Accords, an act which will keep the Avengers under check by a UN committee. It divides the Avengers with Tony Stark leading the side to follow the Accords and Steve Rodgers resisting attempts to be controlled or regulated. 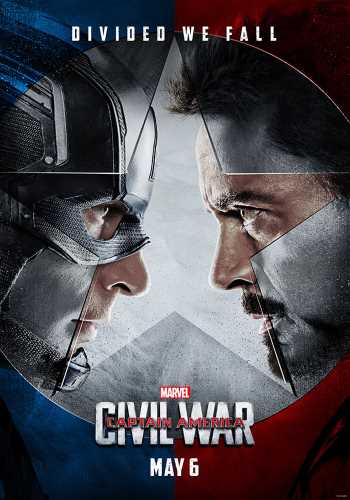 The teams are divided further when the UN conference in Vienna is bombed while a committee is ratifying the Sokovia Accords. Among the casualties is T’Chaka king of Wakanda, the country the dead humanitarian workers were from at the beginning of the plot. This serves to motivate T’Chaka’s son, T’Challa, to take the mantle of Black Panther and seek vengeance on the terrorist responsible for the atrocity. It is soon revealed that Captain America’s friend and Hydra sleeper agent, Bucky Barnes, is thought to have caused the bombing. As such Steve Rogers attempts to find his old war comrade in Germany, with help from a CIA agent named Sharon Carter, before Bucky can be captured by government forces. T’Challa is also on Bucky’s tracks but all three are eventually arrested by German police during a fight, further accelerating the fragmentation of the Avengers and the formation of the two conflicting groups.

While I enjoyed the first two films in the series, I would say that this is my favourite of the three as it mixes humour and dark themes in a perfect blend. I believe that while it took a while to get going, Civil War has raised MCUs standards after it had faltered a little with Age of Ultron. One of the highlights was the introduction of Spider-man, who had quite an impressive impact on the film despite his short screen time. It was also interesting to watch protagonists fight each other rather than have them a united against an antagonist like Loki. Overall, it is a fun instalment in the series and staved off my concerns that the Marvel universe is getting oversaturated for now. I look forward to seeing how this story will continue.

Thats a stupid question Havoc. And when I'm Fürher, there will be changes. That day, all female officers will be required to wear... Tiny Miniskirts!