Greetings, Avengers: Endgame is the much anticipated sequel to 2018’s Infinity War and is the conclusion of ten years of interconnected cinematic storytelling which began with 2008’s Iron Man. It is the 22nd instalment in the Marvel Cinematic Universe and acts as a lynchpin to all the movies that came prior by bringing all of its protagonists together. Like Infinity War, Endgame has an ensemble cast of recognizable actors and actresses who reprise their super powered roles such as Chris Evans as Captain America, Robert Downey Junior as Iron Man, Scarlett Johansson as Black Widow, Chris Hemsworth as Thor, Mark Ruffalo as the Hulk, Bradley Cooper as Rocket Racoon and Josh Brolin as the villainous Thanos to name just a few. Alan Silvestri, who had worked on previous Avengers titles including the original 2012 movie, returned to conduct the music for this latest addition to the series.

The plot begins straight after Infinity War’s bleak conclusion. Thanos, equipped with the devastating powers of the Infinity Gauntlet, used his new found abilities to eradicate half of universe’s population with a snap of his fingers. Many Avengers had been culled during the snap alongside large swathes of the human race. This victims of this wide scale disintegration includes the entire family of Hawkeye, a prominent member of the Avengers, which leads him astray from his superhero colleagues and down a dark path of slaughtering criminals on a global scale as a hardened vigilante. The plot then moves forth twenty-three days later. Iron Man and Nebula, who are the last remnants of a task force that tried to take down Thanos in outer space, are now adrift on a spaceship that is running desperately low on oxygen. A dejected Iron Man laments his apparent oncoming demise and admits that he was hoping to pull off one last miracle in the face of his personal failure to stop Thanos. When the situation appears to be at its lowest point, the two survivors are rescued by a new comer to the MCU, one Captain Marvel, who takes the fuel depleted ship to Avenger’s headquarters on earth. 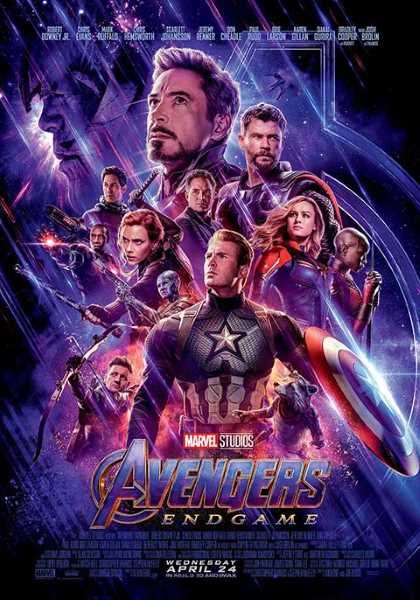 The remaining Avengers are overjoyed to see that Iron Man had survived once they are reunited by Captain Marvel. They had feared that he had been wiped out like the rest of their friends during the cataclysmic snap but notice that he has since become physically frail from wasting away in outer space. It isn’t long before the Avengers track down the genocidal Thanos on an uninhabited planet by discovering a large energy reading on a similar scale of the energy used in the snap. The Avengers hope to wield the Infinity Gauntlet to reverse the mass damage caused by the antagonist nearly a month ago. Upon arrival they discover that Thanos is badly scarred and weakened as he had destroyed the Infinity Gauntlet to prevent further use, foiling their plans before they could even locate him. An enraged Thor, knowing that he had been bested by the mad titan, strikes off Thanos’ head in act of furious vengeance. Five years pass in which the world struggles to cope with the fallout of the snap. Some members of the Avenger team have since left the initiative to live their new lives but a potential method for reversing the chaos comes from an unlikely source, bringing a new possibility that things can be changed. Ant-Man, following on from the events of his own sequel film, accidently escapes from the quantum zone in which he was trapped for five years prior to the snap and his return brings hope of setting things right.

I really enjoyed this film and consider it to be one of the best releases that will come out of 2019. I am also very much aware that the superhero craze that has dominated the cinematic world over the last decade is not everyone’s cup of tea. I would argue that Endgame is not an accessible watch as a standalone film and that casual cinemagoers couldn’t appreciate it if they hadn’t sat through the rest of the MCU. It is a three hour movie that serves as an epic conclusion for many overarching character arcs established years earlier and it contains many references to the source material as well as previous films in the series as important plot points in its main storyline. I believe that the large cast of actresses and actors did a terrific job as per usual in bringing their characters to life. A few of the original Avengers cast have gracefully but unsurprisingly bowed out of the franchise at this point, having helmed it for several years. I look forward to seeing what Marvel will do next as they change around the cast due to the consequences of Endgame and which new actors or actresses will join the series in the future.

Chewie, I'll be waiting for your signal. Take care you two and may the Force be with you.