Greetings, Spectre is the 24th film in the James Bond series which was directed by Sam Mendes and serves as the latest instalment since 2012’s Skyfall. It sees the return of Daniel Craig as 007 for his fourth portrayal as the character, while Naomi Harris is back as Moneypenny and Ralph Fiennes reprises his character as the new M following the events of the previous movie. Other actors and actresses include Lea Seydoux as the female lead named Dr Madeline Swann, Ben Wishaw as Q, Andrew Scott as C, Dave Bautista as henchman Mr Hinx and Christopher waltz as the primary antagonist. The song ‘Writing’s on the wall’ was performed by Sam Smith as the introductory theme to the movie but it is rather unremarkable song and pales in comparison Adele’s ‘Skyfall’ in my opinion. The soundtrack was composed by Thomas Newman who had previously worked on Skyfall, as well as other projects such as the Shawshank Redemption and Wall-E.

The plot begins in Mexico City during the Day of the Dead with Bond hunting down an assassin by the name of Marco Sciarra as a last request by his former and deceased boss, M. 007 retrieves the assassin’s ring after he manages to kill Sciarra, causing havoc in Mexico City while he does so. James notices that the ring is carved with the image of an octopus, the symbol of the secret organization to which the hitman belonged. When he returns to London, the current M is furious with Bond and suspends him from any other missions as he was acting without M’s approval. Mallory, otherwise known as M, is under pressure due to the possibility of the 00 section begin shutdown by C for being an outdated system. C wishes to join the British intelligence service to other national intelligence agencies to create a global surveillance movement known as Nine Eyes. To ensure 007 doesn’t make any further movements and damage his chances of saving his department, M orders Q to inject Bond with a substance that allows MI6 to track his every move. 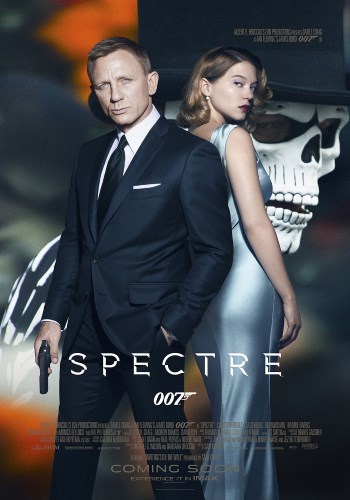 Bond disobeys the orders and attends the funeral of Sciarra in Rome to further the investigation. During his time there, he manages to seduce the assassin’s widow, called Lucia, and foils an attempt to murder the widow. She is played by the Italian actress Monica Bellucia, who at 50 years of age is the oldest Bond girl to appear in any of the films to date. Lucia informs 007 of the shadowy organization called Spectre to which her late husband worked for. The British agent then infiltrates a secret meeting of the organization where he identifies the leader as Franz Oberhauser, who was thought to already be dead, but he is also identified in return. Once his identity is blown, Bond makes his escape from the area but is pursued by Spectre henchman Mr Hinx.

I believe that this film suffered from a few issues, namely having a weak plot that was rather complicated at times and neglecting to explain aspects that were never really clarified. The movie also lacked any scenes that were particularly memorable or of any noteworthy mention. Many of the characters such as Lucia were simply throw a way characters that didn’t enrich the story and I found that the villains, as well as their deaths, to be somewhat dull. For instance, Mr Hinx does not have any personality traits such as those of Jaws or Odd Job that would make him stand out as a classic Bond antagonist. I felt that the surprise twist surrounding the identity of the villain was rather lazy and the connection could be made from the trailers. I also felt that the idea of the 00 programme being outdated was simply too repetitive of Skyfall’s themes but despite its down comings Spectre has some good points such as its strong intro scene and that it was visually pleasing to watch. Overall, I believe that Spectre was a step back from Skyfall but was still better than Quantum of Solace and Casino Royale.

History prefers legends to men. It prefers nobility to brutality, soaring speeches to quiet deeds. History remembers the battle, but forgets the blood. However history remembers me (if it remembers me, at all) it shall only remember a fraction of the truth.

Greetings, it is that time of year again. As per tradition, I have a made blog update marking the month of November with another quiz to test the blogging community. This is the 7th version of the annual quiz which contains 10 questions based on various media such as films, television series, books and games as well as general events. As always, the answers will appear below the questions at the bottom of the updates. It will be interesting to see if you can top your scores from last year in which Joh received 8 points, Bris managed to score 7 and Aaron answered 5 questions correctly. I hope you enjoy the latest quiz.

1. Which actor played the protagonist, Michael Corleone, in the Godfather trilogy?

3. Which country will host the next summer Olympic Games in 2016 after London held it in 2012?

4. How many films are in the James Bond series know that Spectre has been released?

5. What is the name of Illya Kuryakin’s fellow agent in the Man from U.N.C.L.E?

6. Telltale’s ‘The Walking Dead: Season 2’ was released between which years? 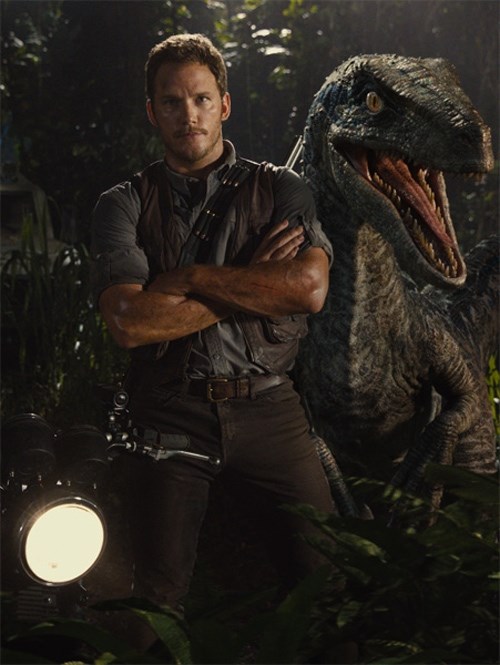 8. Which main actor is missing from the Star Wars: The Force Awakens poster?

9. What is the exact date that Marty McFly and Doc Brown from the Back to the Future trilogy arrive to in the year of 2015?

10. Which cast member from the Lord of the Rings sang the “The Last Goodbye” from the Hobbit: Battle of the Five Armies?

There is no escape! Don't make me destroy you. Luke, you do not yet realize your importance. You've only begun to discover your power! Join me, and I will complete your training! With our combined strength, we can end this destructive conflict, and bring order to the galaxy.