Call of Juarez: The Cartel

Greetings, Call of Juarez: The Cartel is the third video game in the Call of Juarez series. It was created by Polish developed Techland and was released a few years ago in 2011. The game was notably ill received by critics, urging the studio to return to their roots and continue with the original western themes for 2013’s Call of Juarez: Gunslinger. Gunslinger received a much warmer welcome and better reviews than the previous instalment. I was already aware of the Cartel’s less than stellar reputation before playing it and was curious to see what had caused the negative reaction. I also wanted to get my hands on it so I could experience the Call of Juarez series in its entirety. The game was intended to be multiplayer experience and had aspects with this in mind, such as the optional quests to steal items or by completing secret missions without being caught by your team mates. I played the campaign mode alone and witnessed the story from the viewpoints of one of the protagonists, Ben McCall, rather than through the other two playable characters.

As already stated, the Cartel was not set during the era of the Wild West but takes place in 2011. Obviously, it is centred on new characters as the events occur several decades after the original two instalments. The plot revolves around three playable characters in the form of Ben McCall of the Los Angeles Police Department, the Federal Bureau of Investigations’ Kimberly Evans and Eddie Guerra from the Drug Enforcement Administration. The story begins with a bombing at the DEA offices. The attack is carried out by unknown individuals with unspecified motives. Eddie Guerra, who should have died in that explosion save for receiving a private phone call and leaving the building, is highly suspected of being involved in the bombing.

Assistant deputy director Shane Dickson establishes a cross-agency team, consisting of the three protagonists, to investigate the crime and track down the culprits responsible. The team are also forced to protect a person of interest, Jessica Stone, daughter of the late Patrick Stone. Patrick had been an old friend of Ben McCall’s and was investigating the Mendoza cartel until his murder in the DEA explosion. It is revealed that the cartel had been purchasing high grade military technology and weapons from an unknown source. The team have to work together to uncover an intricate conspiracy involving the Mendoza cartel, while also being wary of each other due to each of their shady personalities and complicated backgrounds.

Overall, the game is best described as generic. The storyline wasn’t particularly interesting or coherent, at least as far as I was concerned. Some of the voice acting, especially that of the more minor characters, is grating to the ears and sounds unprofessional. Call of Juarez: The Cartel also has issues with its various characters in my opinion as they all seem to be boring stereotypes and their characterization seemed overly forced in an attempt to make them interesting or simply cool. Eddie Guerra in particular is a character that I found especially unlikable and irritating. On the positive side, Techland learned from its mistakes and released a superior game in 2013 with Call of Juarez: Gunslinger. I am unaware of any plans for future instalments in the series and I am not sure if there is really any need to continue a series that already has four titles within it.

I am a Shepherd. Folks like a man of God.

Greetings, with 2016 coming quickly to a close it is time for Falcon’s annual quiz. Below is the eighth version of the annual quiz that has taken place in the month of November for the previous few years. The quiz revolves mostly around entertainment media but also includes some general knowledge questions for you to answer. The answers can be found at the bottom of the page in order for you to check your score. Last year Mark and Joh were tied at the lead with seven points while Aaron scored four. Let me know what you score in the comments to see if you can beat your previous best. My next blog update will be released towards the end of the month and will be a review of Call of Juarez: The Cartel.

1. Which actor portrays Gollum in the Lord of the Rings trilogy and in the Hobbit: An Unexpected Journey?

2. Who said this?-“Really? Well, on my planet, we have a legend about people like you. It's called Footloose. And in it, a great hero, named Kevin Bacon, teaches an entire city full of people with sticks up their butts that, dancing, well, is the greatest thing there is.”

3. What place did Great Britain rank in the 2016 Olympic medals table?

4. Which one of these films scores was not composed by Ennio Morricone- The Godfather trilogy, the Good, the Bad and the Ugly or the Thing? 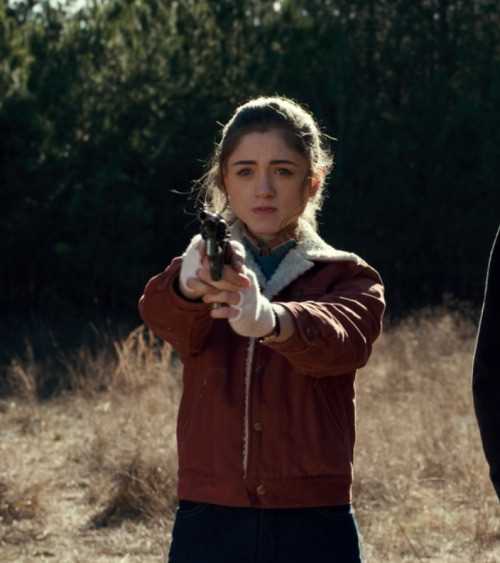 8. The Thin White Duke and Ziggy Stardust are alter goes of which iconic British singer?

9. What is the title of the next Star Wars spin off film to be released at the end of this year?

You told me I couldn't kill you... but I'd like to try and prove you wrong. So let's see... How many times is it gonna take?!