Greetings, the cold month of November is here and so the last quiz of the decade is now upon us. This is the 11th quiz you will have participated in as part of an annual tradition that started way back in 2009 when the blog was relatively new. When completing the quiz, please be aware that the answers are stated below and don’t forget to write your scores in your comments. Last year, Mark came in first place with 9 out of 10 while Joh managed to land second position with 7 and Aaron came in third with a score of 5. The title of winner usually switches between Mark and Joh but it has sometimes ended in a draw in the past. As far as the records show, with some being incomplete in the early years, Aaron has never won one yet but this could be his year. Let’s see how well you all do with these new questions!

I would also like to state that my entry for Write Wise’s annual Christmas challenge is going well and I am making good progress on it. Like my previous entry, The Bizarre World of Victor Victorious, this is also a new story that isn’t based on my other works. While I will be rather tight lipped on the details, I can confirm that it is something of a light fantasy and will perhaps prove to be the strangest, most unusual story on the site so far. Now on with the quiz:

1. Joker is the knockout film of 2019 but which actor played the deranged Arthur Fleck who would eventually become the clown prince of crime?

3. In which war did British forces, led by Major General Robert Ross, burn down the White House?

5. The critically acclaimed television show Mad Men ran from the years of 2007 to 2015 but how many series did it have during that time?

6. HAL 9000, the antagonist from 2001: A Space Odyssey, sings during a prominent scene in the film, which is a reference to the first real world demonstration of computer speech synthesis, but what is the title of the song that he sings? 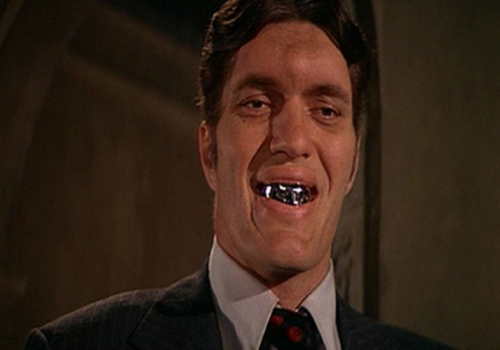 9. What series in Write Wise currently has the highest number of entries?

10. Which playable Team Fortress 2 character is missing from this list?- The Engineer, The Medic, The Scout, The Heavy Weapons Guy/Heavy, The Solider, The Pyro, The Demoman and The Spy

I know what it's like to lose. To feel so desperately that you're right, yet to fail nonetheless. It's frightening, turns the legs to jelly. But I ask you, to what end? Dread it, run from it, destiny arrives all the same. And now, it's here. Or should I say: I AM.