Greetings and Happy Halloween! I’m celebrating the holiday by releasing my latest Write Wise entry, the Scoundrel Squad. It is my 22nd entry overall and is a horror themed story set during the Vietnam War. It has been a while since I had written a horror entry, the last being the Julian Crowe series from a few years ago, so I felt it was time to revisit the genre to celebrate Halloween. The Scoundrel Squad was going to be planned out as a trilogy at one point, with this story being divided into two but I decided that it flowed better as a continuous storyline. I have a rough idea in mind for how I would want to end this series but I won’t go into any further details at this time. 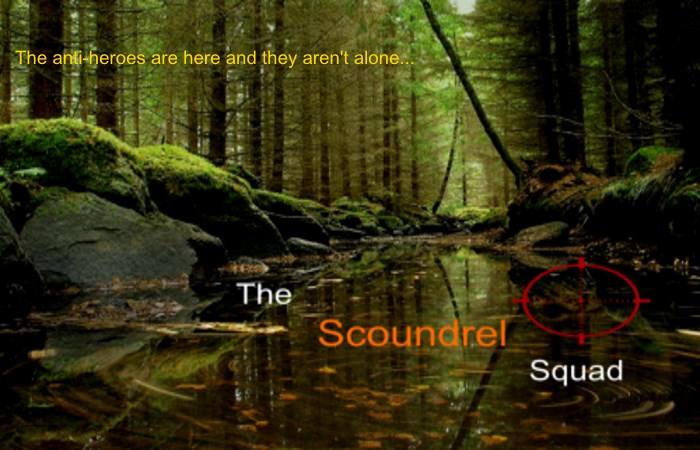 As for the Christmas Write Wise, I have toyed with the notion of writing a prequel to Cogworld based on the adventures of Peter, Winston and Cog’s father who was mostly absent during the original story. I already have a plot in mind for that entry but am not sure if I’ll get around to writing it for a while. I would have to read over the original story to remind myself of the lore, in order to keep a continuous world. If it were to go ahead then the main characters form the original book would be in it briefly or only mentioned in passing. I would also like to explore further into the Death and Life of Ellen Smith. I have a few ideas of what Ellen and Bart’s lives would be like after their original adventure but have no main storyline in mind for the time being. After all, it is difficult to raise the stakes after Mercer the Vile tried to destroy the entirety of existence and of course, an omnipotent God could always dispose of threats easily.

I do have a rough plan for a new Christmas entry that is unrelated to any previous instalments or series. I can say little on my project nor can I promise that it can be written in time for the deadline. I intend for it to be a light-hearted story full of quirky characters and inspired by Back to the Future. As for now, I hope you enjoy the Scoundrel Squad and have a happy Halloween!

Greetings, Sympathy for Lady Vengeance is a South Korean film from 2005 that was directed by Park Chan-Wook. It is the concluding instalment in the Vengeance trilogy which consist of three narratively unconnected stories. While separate movies, the three do share similar themes or subjects such as revenge, graphic violence and psychologically dark matters. The first film, Sympathy for Mr Vengeance, was released in 2002 and was the weakest entry in the list in my opinion. Lady Vengeance would be my second choice in the series with the cult classic Oldboy being my personal favourite. The trilogy uses many of the same actors such as Choi Min—Sik playing the protagonist in Old Boy and a main character in Lady Vengeance. The two leading actors in the first film have a smaller role in this movie while the main actress of Lady Vengeance, Lee Young-ae, was not involved in the previous instalments in the series.

The plot is somewhat complex and is difficult to write about without revealing any spoilers. As with the other two films, the movie is quite a slow paced journey and takes place in South Korea during the noughties. The main character, Lee Gemu-Ja, is released from prison after serving her sentence for over a decade. She was imprisoned following a murder case that had reached national interest in South Korea when Lee was believed to have smothered a six year old child named Won-Mo with a pillow. She was twenty years old at the time of the murder. During her time in jail, Gemu-Ja had received a reputation of being altruistic and good natured by undertaking tasks such as taking care of the aggressive prison inmate or donating a kidney to a fellow prisoner. This was revealed to be only a ploy when she left prison as the favours would be repaid and included in her elaborate scheme for vengeance. 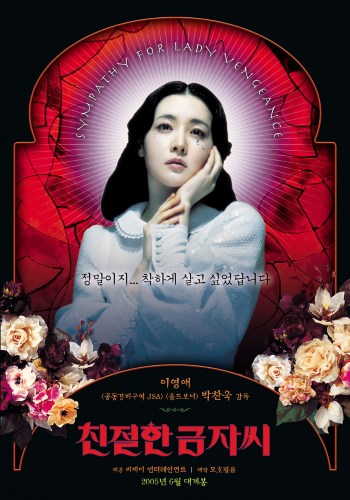 There are many characters in this film and various storylines to follow but most of them were mainly created to progress the main plot rather than to serve as complex characters in their own right. While setting her scheme into action, Gemu-Ja is employed in a local bakery and attempts to live the life that was stolen from her buts he is constantly haunted by the ghost of Won-Mo. A large part of the film involves Lee Gemu-Ja trying to reconnect with the one particular person from her past but I cannot delve too far into it as it risks spoiling the plot. Like Old Boy, the main villain’s identity, his nature and his motives aren’t revealed to the audience until later on in the film. Despite this, he does appear in one of Lee’s surreal dreams in which she gets her twisted justice and pay back.

Lady Vengeance is a visually colourful movie, at least for the first half of the story, and contains many well shot scenes as well as interesting imagery. Like the other two films, the music consists of memorable instrumental or orchestral pieces which fits in well with the violent and graphic scenes. It was composed by both Choi Seung-hyun and Jo Yeongwook, who had conducted the soundtrack for the previous instalment Oldboy. Overall, I really enjoyed this movie and the Vengeance trilogy as a whole but I realize these types of films would not be to everyone’s taste due to the dark tones.

Do you see what comes of all this running around, Mr. Bond? All this jumping and fighting, it's exhausting! Relax. You need to relax... Ah well, mother's calling. I will give her a good-bye kiss for you.