Greetings, Alan Wake is a 2010 video game developed by Finnish developers Remedy Entertainment who are also known for their other titles of Max Payne and Quantum Break. Wake has an episodic format which is comprised of six episodes and two DLC specials that continue the plot after the main campaign is completed. The game has been described as a psychological thriller and makes several references to horror writer Stephen King, a main influencer of Wake’s tense atmosphere and dark storyline. The actors, while relatively unknown, deliver a great performance with Matthew Porretta as the titular lead and Fred Berman’s voice talents as the comedic Barry Wheeler in particular.

The plot begins with famed writer Alan Wake and his wife travelling to the small town of Bright Falls located in Washington. It is explained on the boat journey that Alan has been suffering for two years from writer’s block and so they decide to take a vacation in a remote, quaint town. In reality, the trip was constructed by his wife Alice and Agent Barry Wheeler as a means to overcome his issues. The couple had planned to have a relaxing stay in a lone cabin on an island surrounded by Cauldron Lake. On Alan’s first stop in Bright Falls, he enters a diner where he meets a waitress who happens to be a big fan of his and a strange hermitic woman who warns him cryptically about the darkness. Wake shrugs off her warnings and pays no heed to her advice. He then travels to his next destination to pick up the keys to the cabin from its owner Carl Stucky. Upon his arrival he encounters a woman who explains that Stucky was ill and therefore unable to make it as planned. She hands Alan the keys and Wake leaves. Stucky, who is revealed to be fine, tries to catch Alan as he departs and give him the real keys but he couldn’t reach Wake in time. 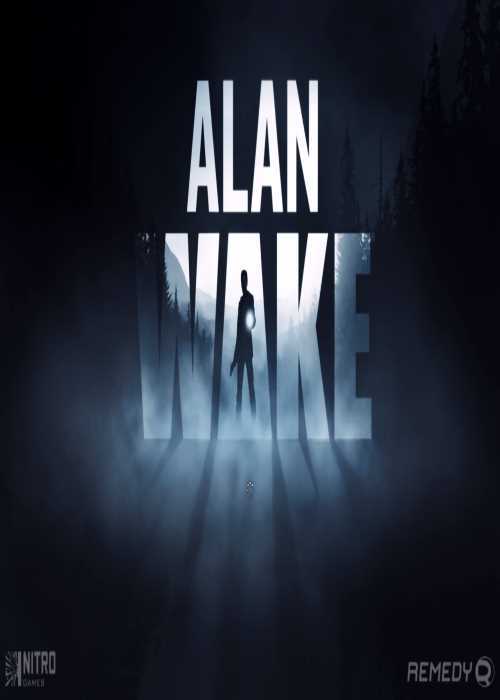 As Alan and Alice attempt to settle into the cabin, Wake notices a type writer on the table. Alice explains to her husband that she had planned this whole trip as a means to break the writer’s block and that she had booked a consultation for him to meet a local psychologist named Dr Hartman. This was unbeknownst to Alan and upon hearing it he became infuriated, storming out of the cabin. His walk out is cut short as he can hear Alice scream for help. Alan runs back inside to discover his wife being dragged into Cauldron Lake by a sinister and supernatural force. He jumps into the lake after her but blacks out in his rescue attempt. Alan recovers from the blackout a week later and discovers that he had been in a car accident but had no memories of the incident to recall. The writer, who was still in the crashed car, walks along a dark road back to civilization and begins his journey to discover what happened to his wife.

Overall, I enjoyed the game in the end even though it took me a while it to get into it after my initial dislike of Wake. I also liked the setting of Bright Falls with its small town feel and found it to be a very atmospheric location, full of bizarre characters, to set the thriller in. There is also another game in the Wake franchise. Alan Wake’s American was released two years later in 2012 and apparently changed the tone from disturbing isolation to a black comedy. This is a game that I would like to check out at some stage and would be interested in seeing how Remedy Entertainment handled the change of genre.

An army of nightmares, huh? Let's get this party started.

The Cabin in the Woods