Greetings, Legendary is a 2008 first person shooter video game from the now defunct developer Spark Unlimited. Spark Unlimited has a brief list of games under their belt that they developed during their run which includes titles such as Call of Duty: Finest Hour, Turning Point: Fall of Liberty and Lost Planet 3. The cast has no particularly big names behind it and primarily consists of voice actors or actresses who usually provide their talents for more minor roles in games or other media. Fay Masterson, Enn Reitel and Lloyd Sherr star as the main group of characters while the protagonist, Deckard, is a silent lead. The composition of the music is credited to Ricardo Hernandez and Jack Grillo who contributed to the sound of several games including 2013’s Tomb Raider.

The plot is fairly simple and begins with the discovery of a mystifying box that was located at the bottom of the ocean. The box is retrieved and the archaeologists who discovered it place it in a New York museum for preservation. Deckard, a professional thief, is hired by a wealthy individual known as LeFey and is promised a considerable fortune if he breaks into the museum and retrieves whatever is inside the box. Once in view of the box, he breaks it open and in doing so it brands a signet on to his hand while a powerful explosion of energy is unleashed. A confused Deckard stumbles out of the museum and as he sees that mythological Griffins are causing chaos in the city, he comes to the realization that he has opened up the literal Pandora’s Box. 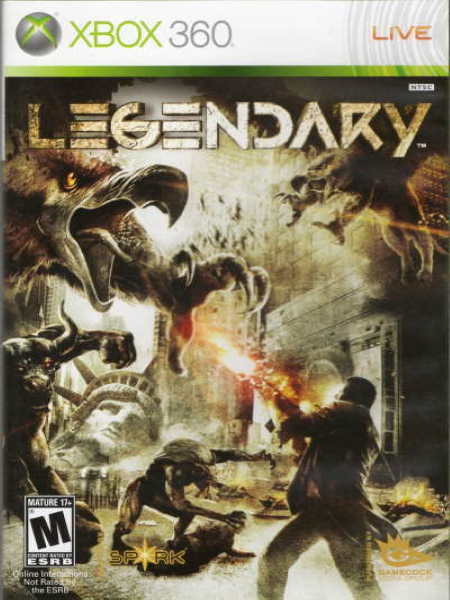 The incident, which has an effect worldwide, causes unwanted attention to follow Deckard and he is quickly located and recruited by a shadowy organization known as the Council of 98 who want to find and hide the box again like they had done so before. The Council believe that the signet on Deckard’s arm endued him with powerful abilities that would give him a fighting chance against the monsters that now roamed the earth. Deckard, with his mysterious allies and new found mystic powers, must fight back against a horde of legendary beings and LeFey’s personal army known as the Black Order, who have their own designs in mind for the box, to safely secure Pandora’s Box once more.

This game received middling reviews when released and is more or less forgotten in gaming culture today. Despite being repetitive, having little in the way of memorable characters and a generic plot, I did have a good time playing it overall. One of the main draws for me was the various mythological beasts from many different cultures that the player has to counter and, going by its own title, this was one of the big selling points that it had. This roster of supernatural enemies includes the more usual suspects of Werewolves and a Minotaur but it did also include creatures less well featured in popular culture such as Tsuchigumo’s Children, Nari and Fire Drakes. The enemies do of course begin to cycle round and repeat towards the end of the game, which becomes a bit samey, but that is to be expected with most gaming experiences. While I did enjoy Legendary, mostly because of my personal interest in monstrous creatures, I do believe that most gamers would find it a mediocre title to play through. With that being said, you could have some fun with this one if you could pick it up cheaply somewhere.