X-Men: First Class and Days of Future Past

Greetings, X-Men: First Class is a 2011 film and prequel to the original X-Men trilogy that had begun in the year 2000. The movie stars a large cast of notable actors and actresses including James McAvoy as Xavier, Michael Fassbender as Magneto, Jennifer Lawrence as Mystique, Nicholas Hoult as Beast as well as Kevin Bacon as the antagonist, Sebastian Shaw. The music was created by Henry Jackman who had also composed film scores for other movies such as Wreck it Ralph, Captain Phillips, Kick-Ass 2 and Captain America: The Winter Soldier. While First Class uses the Marvel Comics as a source of inspiration and that the film was released during the beginning stages of Marvel’s Cinematic Universe they two storylines seem to be in separate worlds. The separation is also to do with 20th Century Fox owning the X-Men franchise and Marvel studios owning the rights to the Cinematic Universe.

The plot begins in 1944 at a Nazi camp with a young Erik Lensherr, a boy who would later grow up to be the super villain Magneto. Dr Klaus Schmidt, also known as Sebastian Shaw, discovers Erik is a mutant with the special ability of controlling magnetic fields. Schmidt orders Erik’s mother to be shot in order to release Erik’s powers which manifest through his rage and grief. Klaus’ plan works as Lensherr destroys the room and kills two guards in the process. Meanwhile in New York, a child known as Charles Xavier who has the mutant ability of telepathy meets another mutant, a shape shifting girl named Raven Darkholme. The two manage to form a relationship, forming it on the grounds that they are both mutants. The plot jumps forward to 1962 and focuses heavily on the Cuban missile crisis. A grown up Erik still seeks revenge for the death of his mother and attempts to track down Shaw. Sebastian has established a group of mutants known as the Hellfire Club and is pushing the USA and the USSR close to a nuclear war. Xavier’s expertise in mutation gains the attention of the CIA who believes he is a useful ally against the threat of Sebastian Shaw. 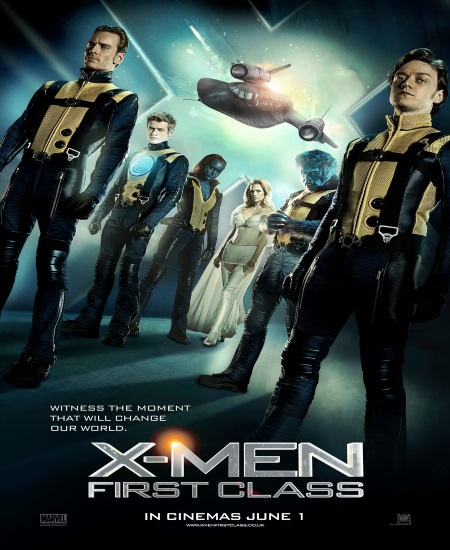 Plot=9/10 Characters=9/10 Special Effects=9/10 Overall=9/10 The sequel, X-Men: Days of Future Past, was released in 2014 and brings back cast members from the original trilogy such as Patrick Stewart as well as Ian McKellen. Hugh Jackman reprises his role as Wolverine but this time as a more prominent part as than his cameo in First Class. Peter Dinklage is one of the new faces to appear in the series and he takes on the role of a villain named Bolivar Trask. John Ottman replaces Henry Jackman as the composer for Days of Future Past, already having conducted the music for the second X-Men movie back in 2003.

Like X-Men: First Class, Days of Future Past is based around historic events and this film mostly takes place in the 1970s. It begins in the future were machines known as Sentinels are hunting down and exterminating mutants on a global scale. The Sentinel were created by Trask, a military scientist and entrepreneur who sees mutants as a threat to humanity that must be annihilated. The Sentinels become a formidable foe to mutants after Trask’s death at the hands of Mystique in 1973. Mystique, also known as Raven, is captured and her mutant ability is used to make the Sentinels practically invincible. As such the future versions of Magneto and the X-Men are forced to work together to stop the genocide of their people. 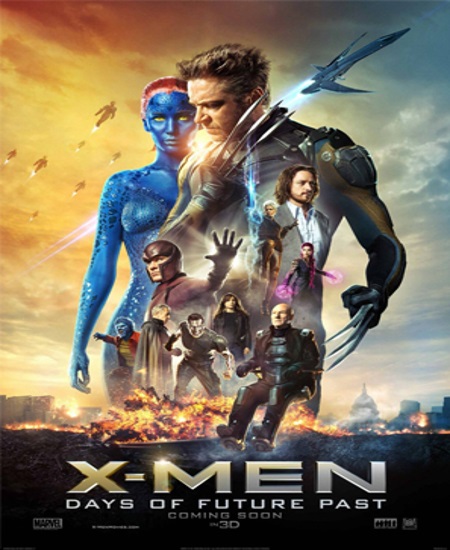 The former enemies come up with a plan to send Wolverine’s consciousness back in time to 1973 to stop Mystiques assassination of Trask by using Kitty Pryde’s powers. Wolverine needs to free a young Magneto from his imprisonment in the Pentagon after being accused of assassinating John F Kennedy. Wolverine also needs convince to Charles to work together with his old nemesis, a difficult task as the two characters had fallen out in the events of First Class over the issue of coexistence between the humans and the mutants.

Both films were an enjoyable experience with a large, talented and recognizable cast. The two movies bring new interest to the old trilogy which had seen a decrease in quality with the release of X-Men: The Last Stand in 2006. The conclusion to Days of Future Past indicates that there is at least one more film to be made with the current cast and given the success of the two movies I am looking forward to it.

Genes are the key that unlocks the door to a new age, Erik. A new future for mankind. Evolution. You know what I'm talking about? It's a simple thing I ask of you.

Greetings, the Stanley Parable is a game based upon a mod that was released in 2011 and it was developed by Davey Wreden. The game itself is very unusual in that it is based around exploring the map and discovering the various possible endings rather than solving puzzles or undertaking other traditional game play elements. There are around 18 different conclusions that the player can experience by taking different routes however a few of them are regarded as joke endings or eater eggs, such as the Whiteboard ending, that don’t conclude the story. Throughout the game there are only two cast members who both play characters that are heard but never seen, Kevan Brighting as the Narrator and Lesley Staples as the female Narrator. The main protagonist, Stanley, is controlled by the player but is silent and only able to communicate with the Narrator by following or disregarding his instructions.

The Stanley Parable has a short campaign with a simplistic story to unravel but the main objective of the game is to explore all the endings and possible variations of the plot that it has to offer. The main story begins in Stanley’s office and it can also end there if the player chooses to shut the door as it is one of many conclusions. If the player continues to walk around the Narrator will explain that Stanley’s fellow employees have disappeared mysteriously and that the quickest way to discover the reason for their unexplained absence is to follow the Narrator’s instructions. The Narrator’s personality will change based upon Stanley’s actions becoming obnoxious, infuriated or even depressed if the player doesn’t follow the orders. 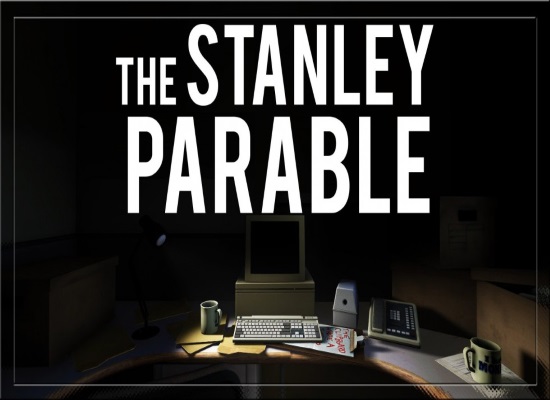 VALVE also left their mark on the game as they had helped contribute to the final product by referencing their previous games. A Portal map for was made available for the player to explore, accompanied by the Still Alive tune broadcast from the radio. Notch’s Minecraft was also in the same ending of the Stanley Parable as the Narrator was irritated by Stanley refusing to play his own games in which you had to press the same button for four hours in order to complete it. The whimsical nature of the game and its style of humour can also be seen in its achievements, for instance the ‘You Can’t Jump’ achievement that can be unlocked by pressing the spacebar several times or ‘Go Outside’ which can be won by not playing the game for five years.

Overall, it is an interesting game and unlike any I have ever played before. It has an impressive and humorous script that is effectively carried out by good performances from its two actors. The music was composed by The Blake Robinson Synthetic Orchestra, a British composer who is known for his Youtube channel that consists of remixes or orchestral versions of videogame music. I enjoyed the Stanley Parable and would recommend it if you haven’t played it already.