The Dark Tower: Song of Susannah

Greetings, Song of Susannah is the sixth novel in Stephen King’s long running fantasy series, the Dark Tower. The Dark Tower franchise contains eight books in total and chronologically concludes on the seventh one as the Wind through the Keyhole, the last novel to be released, is located in the middle of the series. It is a complicated plot to explain as its lore is expansive and it holds many storylines as well as having various themes. For instance, time travel and hopping from one dimension to another are important plot points in King’s novels. The genre cannot easily be labelled but it merges Western and fantasy themes together to form a unique setting. The Dark Tower series also serves as King’s main universe as characters from his previous books, such as Father Callaghan from Salem’s Lot, and the author himself are involved in the storyline. Song of Susannah was originally published over a decade ago in 2004.

As with the other novels, the gunslinger known as Roland Deschain of Gilead and his group of warriors are trying to reach the Dark Tower. The Tower is the centre point of the universe in which the gunslinger attempts to reach as the worlds around Roland seem to be dying and he hopes to find a way of stopping the catastrophe. It is connected to what King calls the beams, a force that holds up the universe and is represented by 12 different animals. The group of gunslingers are currently on the beam of the Turtle which is one of the few remaining beams still standing. The adventure has been a long one for Deschain as he has travelled for years and thousands of miles to reach his destination, encountering dangerous situations along the way. In this book, Roland is close to the Tower but his journey takes a turn for the worse when one of his companions, called Susannah, has been possessed by a demon named Mia. Susannah had struggled with split personality disorder before her possession but the demon manages to separate her from the group by taking her through a magical doorway and transporting her into New Yok City in 1999. The demon Mia had impregnated Susannah and promised to deliver the child to the Crimson King, a powerful entity whose motives are unclear but is a constant threat throughout the series. 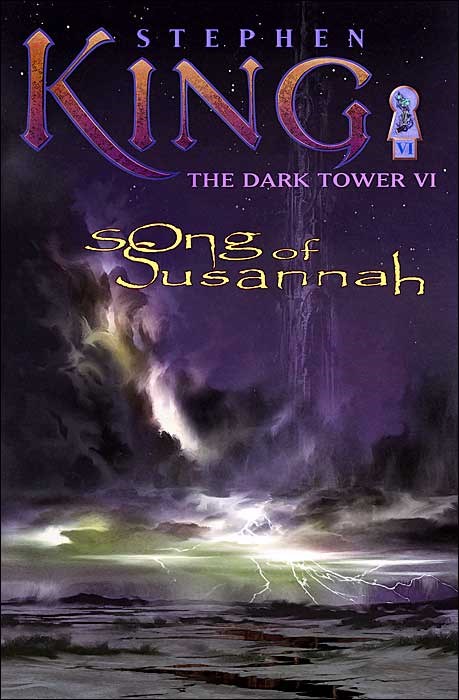 The remaining gunslingers, Roland, a former drug addict named Eddie, a young boy called Jake and his pet creature Oy as well as Father Callahan attempt to follow their companion. They are able to use the magical doorway but find themselves separated from each other, an unusual occurrence as most of them had been travelling together for the majority of the books. While Jake, Callahan and Oy were transported to the same time and place as Susannah, the other two gunslingers were transported to Maine in 1977. Roland and Eddie are ambushed by the mafia, of who they had previous skirmishes with in the second book, when they are teleported there by the magic door. It is up to them to survive and locate Mia before she can hand over the demon baby to the Crimson King’s men.

This only scratches the surface of the strange universe that is the Dark Tower series. It is full of mythological creatures such vampires, witches, robots and mutants to name a few of those that roam the world. The writing is easy enough to follow even though King does insert random, nonsensical sentences between other sentences for reasons that I don’t fully understand. While I did find the book a bit slower and shorter than some of the early novels, I still managed to enjoy it. King had previously mentioned that he was writing the story as he went along, having no ending planned out beforehand but problems in continuity are more noticeable in the earlier novels. I have no idea how the series will conclude but I am eager to find out when I finish the series next year with his final book. There are also plans for a Dark Tower film that will be released in 2017 and I am looking forward to see how that will be carried out.

Can I say that curse word now?

Greetings, the A-Team is a film from 2010 which is based off of the original television series that aired during the1980s. The main cast consists of Liam Neeson as Colonel John “Hannibal” Smith, Bradley Cooper as Templeton “Face” Peck, Quinton Jackson as B.A. Baracus and Sharlto Copley as “Howling Mad” Murdoch. Some members of the original show such as Dirk Benedict and Dwight Schultz have a small cameo roles in the movie as new but minor characters. The music was composed by Alan Silvestri who is known for his work on films such as Back to the Future, Forrest Gump and the Mummy Returns.

The plot begins in Mexico, where Hannibal has been captured by two Mexican police officers who are working for a renegade general known as Javier Tuco. Hannibal manages to break free and runs to the rescue of his fellow soldier, Face, who is about to be executed by Tuco. Peck is saved when Smith and Baracus drive to Javier’s ranch, who manage to halt the killing by dragging Face into the van during the conflict. Despite the rescue, Tuco is still at large and follows them to an army hospital with the intent of killing them. Hannibal had taken this into account while previously scheming the rescue operation as he had planned on travelling to the hospital to recruit one of the patients there. He wanted to enrol the services of the eccentric H.M. “Howling Mad” Murdock in order to fly them out of Mexico. The newly assembled A-Team attempt to escape Tuco’s men by travelling in a medical helicopter in which Javier follows by flying in his own helicopter, only for him to be shot down by the US when he crosses into American soil. The dogfight and Murdoch’s erratic flying leaves B.A. terrified at the thought of flying. 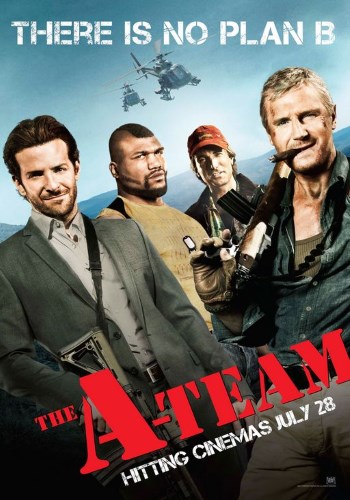 The real storyline begins eight years after the A-Team initially met and takes place in Iraq. Hannibal is recruited by a CIA agent named Lynch to retrieve stolen U.S. Treasury plates and $1 billion from Iraqi insurgents in a black ops operation. The A-Team are given the go ahead by their commanding officer known as Morrison and are ultimately successful in their task as they bring the plates back to base. The situation turns when Morrison’s vehicle is destroyed in an explosion and with their only alibi dead, the A-Team is court martialled as well as jailed in separate prisons. The attack was believed to be carried out by Brock Pike, leader of a private security firm called Black Forest as he desired to have the plates for himself. Lynch, the CIA operative, believes this to be the case as he contacts Hannibal six months after Smith’s incarceration and makes a deal. The A-Team would be fully reinstated after their dishonourable discharge and given clear records after the plates are returned. Hannibal agrees to the deal and plots to bring his old team back together so he can clear their names.

While I found the movie to be generally entertaining, I felt as though the plot could have been stronger and it could have introduced more interesting villains. The writers attempted to develop their characters, which is especially noticeable in Baracus’s sudden pacifism after years of killing people but it seemed forced and proved to be ultimately unnecessary. There was an interest in doing a sequel among main cast members such as Neeson and Bradley but plans were cancelled after it was decided the first one didn’t generate enough profit to warrant any continuation with the property. The actors gave a solid performances but the film was let down by its uninspired storyline. Overall, the A-Team isn’t a must watch experience for viewers but is an okay flick if you want to watch some mindless action in my opinion.