Greetings, the Sicilian is a novel by Mario Puzo which was published in 1984. It is considered a spinoff to Mario’s previous and most famous work, the Godfather, which was released in 1969. A few characters from the Godfather, most notably Michael Corleone, are present but otherwise it is a novel that focus on the exploits of real life bandit Salvatore Giuliano. For context, Giuliano was a Sicilian bandit who rose to power in Sicily during the Allied Invasion of Italy and the fall of Mussolini’s Fascist regime in the early 1940s. The novel was eventually adapted into a film a few years later in 1987 starring Christopher Lambert and Terrance Stamp. The movie omitted the Corleone family from the plot due to copyright issues and therefore it is not linked to the Godfather trilogy. The Sicilian film was not well received by critics and was panned by audiences for various faults.

The plot begins in 1950, during the final days of Michael Corleone’s self-imposed exile in Sicily after assassinating the gangster Virgil ‘The Turk’ Sollozzo and the corrupt cop McCluskey back in America. He is ordered by his father Don Vito Corleone to usher the infamous bandit Salvatore Guiliano out of Sicily and to provide safe passage for the outlaw to America. Salvatore, who had previously lived safely as a vagabond in the mountains with his private army of men, could no longer stay in Sicily after his crimes cause the authorities to bring down an overwhelming police presence on himself as well as having started a war with the existing criminal syndicates that now wished to kill him. Michael is also informed of the importance of Guiliano’s testament which is an insurance policy that the bandit will use in the worst case scenario. The testament is a collection of documents that reveal criminal activity and sinister ties that could bring about the downfall of many political elites in Italy if they came to light. 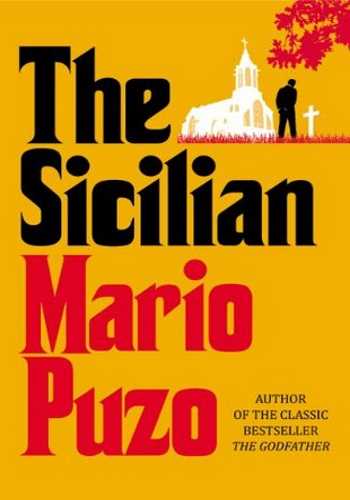 The storyline goes back further to the September of 1943 and focuses on Salvatore for the vast majority of its contents. The impoverished Guiliano as well as his cousin Gaspare “Aspanu” Pisciotta decided to steal food for his sister’s engagement party as it was scarce and was often sold on the black market rather than through legal channels. The two are caught by a police officer and this discovery leads to a gunfight in which the cop is killed. Salvatore was badly injured in the shootout and was brought by his cousin to a local monastery where he was healed by the monks that lived there. Aspanu was friendly with an abbot of the monastery and convinced the inhabitants to provide sanctuary for his cousin, allowing Guiliano to get back to his full strength. After Salvatore had recovered, he learned that the police were looking for him and Aspanu at their homes due to the murder. As such, the two tried to escape the authorities by living in the mountains and the complex caverns within. This is the first step in their path to criminality which will see the duo become legendary bandits akin to Robin Hood and heroes to the poor commoners of Sicily.

Overall, it was an interesting novel to read. It did seem to drag on at times but it definitely picked up towards the climactic end. It was also nice to read more of Michael Corleone’s exploits, filling in more of his past during his exile, even if he was more of a secondary character in the Sicilian. It should be noted Puzo altered the name of the fictionalized protagonist slightly from its real life inspiration by spelling it Guilianio instead of Giuliano. Mario Puzo had written several novels throughout his career, many of which are of the mobster genre. I intend to read the Last Don at some stage in the near future and as far as I am aware it is unrelated to either the Godfather or the Sicilian.

Take your stinking paws off me, you damn dirty ape!

Planet of the Apes