Greetings and welcome to the last blog update of the year. With 2017 coming to a close, it is time for me to highlight my favourite pieces of entertainment as is tradition on the 31st December. As always, the categories consist of my personal favourite film, book, television show and video game but the winners were not necessarily released in this year. I only had to experience them in 2017 for one to be a contender. I haven’t written as many reviews as I would have liked due to some recent changes to my blog and as such I shall have to add in winners that haven’t been the focus of an update. Next year will mark the 10th anniversary of my blog and I intend to reorganize it at some stage by writing smaller reviews but having two topics per one blog entry.

Stranger Things returned to our screens in 2017 with its highly anticipated second season. It is set one year after the original and continues with the same cast as well as introduces some new characters with mixed success. The two new characters that impressed me the most were Bob Newby, the nerdy love interest of Joyce Byers, played by Sean Astin and Sadie Sink as new kid on the block, Maxine ‘Max’ Mayfield. The series successfully explores interesting new ground with bigger paranormal threats and still has a similar feel to the original series. I also liked how the storyline revolving around Barb was resolved in this second instalment after being left untied in the first entry. I am looking forward to see what the Duffer Brothers have planned for the next series.

Book of the Year: Dark Tower

The Dark Tower has recently been brought back into the main stream culture in 2017 with the universally panned film starring Idris Elba and Matthew McConaughey but the concluding novel in this series is my book of the year. It is one of the weaker instalments in the series in my opinion but provides an ending, of sorts, to the long, sprawling and downright strange adventure as Roland attempts to reach the Dark Tower. It is also worth noting that Stephen King attempts to tie his other non-related novels together into this series by mentioning characters in an offhand comment or by giving them an important role in the finale. King produced an interesting conclusion to his major set of works that will not have gone down well with all fans of the Dark Tower. 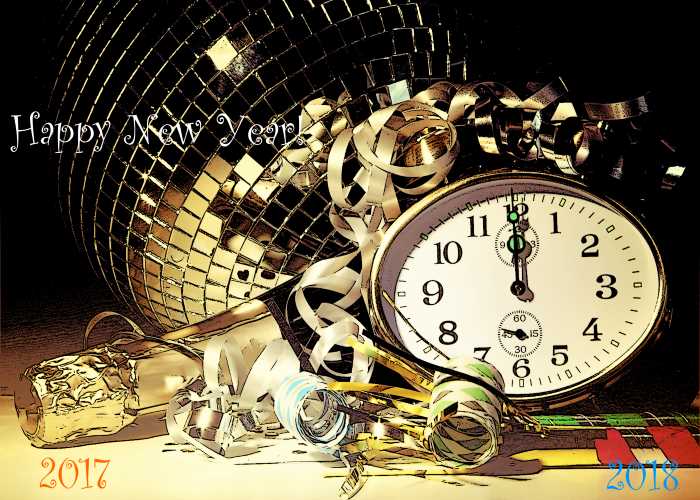 Game of the Year: South Park: Stick of Truth

The Stick of Truth is an RPG title which was released in 2014 and was written by the show’s writers, Trey Parker and Matt Stone. The adventures takes place in the small mountain town of South Park and follows the adventures of New Kid, a customizable character, as he becomes involved in a fantasy role playing game with the local residents. Stick of Truth provides many references to the show and in true South Park fashion, this game contains toilet humour and comedic offensive content that fans of the television series will appreciate. There is also a sequel to Stick of Truth were Cartman, Kenny, Kyle, Stan and the rest of the gang decide to trade the fantasy role playing game for a superhero one.

Film of the Year: Baby Driver

Baby Driver had me hooked from the moment it began and was definitely my favourite movie from 2017. Similar to another one of my favourites, La La Land, Baby Driver is stylistic, has a great cast and has memorable music as a main component of the film. The plot revolves around a young getaway driver by the nickname of Baby and his attempts to leave his life of crime behind him. The cast, consisting of well accomplished actors and actresses such as Ansel Elgort, Jon Hamm and Eiza González, give excellent performances for this spectacular movie. I’ll be sure to check out future works by director Edgar Wright after the fun I had watching this film.

So, that is it for my personal favourites for 2017 and for my blog for the rest of this year. What were your favourite pieces of entertainment? Feel free to add in the comment section below. I’ll be back soon with my thoughts on Star Wars Episode VIII: The Last Jedi. Have a happy New Year and all the best for 2018!

Greetings, in accordance with my annual traditions on my blog I would like to wish you all a Merry Christmas and a Happy New Year! I have one more blog update planned for 2017 in which I will round up my favourite works from various media including books, television shows, games and films I had experienced throughout the year. This is to be released, as always, on the 31st December. I believe we have had a very successful Write Wise challenge this year with some unique and interesting entries. All those who contributed had done a great job on their stories and I am looking forward to what you will all bring in 2018.

I don’t have anything planned for Write Wise in 2018 at the minute but I do have plenty of stories I would like to tell. An Odyssey of the Rogues sequel is certainly in the works and I would like to make a science fiction entry at some stage as I don’t believe this genre has been overly touched upon. Similar to Odyssey of the Rogues, I would have to build up and create a whole universe for it to take place in. As I have said for the last few years, I definitely want to return to the Guardians series and believe it will need some sort of revamp as it has been a long time since I last wrote one. Guardian is a little trickier to write than others as it has one long overarching plot to construct compared to other series which would have a more standalone feel to sequels or prequels. Have a Merry Christmas tomorrow!

Greetings, Baby Driver is a 2017 film written and directed by Edgar Wright of the Three Flavours Cornetto trilogy fame. It boasts an impressive cast with upcoming actor Ansel Elgort taking the primary role as Baby, Kevin Spacey who has an extensive filmography is also included as is Mad Men’s John Hamm and Jamie Foxx from Django Unchained. Lily James and Eiza González portray the two main female characters in the movie. The soundtrack to Baby Driver is a very important feature of the film as the actions of the characters are synchronized with the music. It is comprised of various songs from a diverse range of different genres and musicians which include Queen, Focus and Dave Brubeck.

The plot begins in Atlanta with Baby, a young and gifted getaway driver, successfully evading the police pursuing him after his team members commit a robbery. His fellow thieves, who all use nicknames to avoid identification, consist of the important characters of Buddy and Darling as well as the secondary character of Griff. Baby is under the employ of the mysterious criminal mastermind known only as Doc and it is soon revealed that Baby has no passion or desire for a life of crime. He provides his driving services in order to pay off the debt he owed to Doc after Baby attempted to steal from the kingpin at a young age. While Baby is not pulling a heist, he visits a local diner and becomes infatuated with a waitress by the name of Debora. 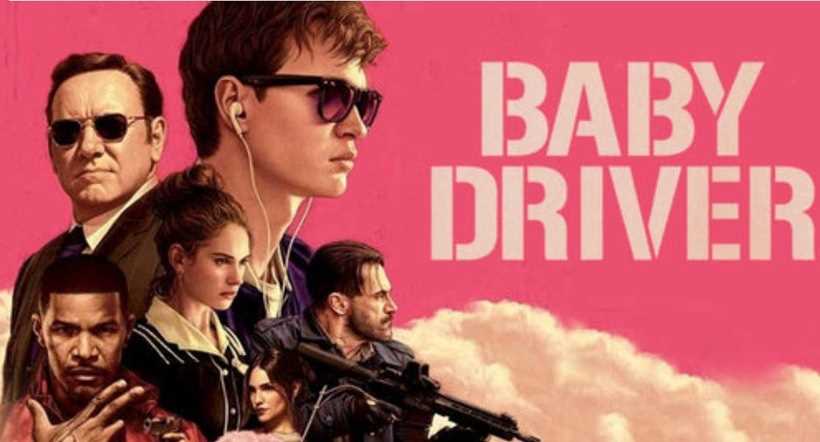 Baby is to undertake another robbery which he believes will be his last as it will pay off all his debt. He is assigned to drive a group of other criminals to their location and provide a speedy escape. Doc ensures that he circulates his crew of thieves and does not tend to use the same team for different heists. The current crew consists of the aggressive Bats, Eddie “No-Nose” and JD. This mission goes awry with a guard being killed in the chaotic scene and Baby, who witnessed the murder, has a strong adverse reaction to it. He is determined to leave his past crimes behind him and start a new life. After a successful getaway he is on a date with Deborah and believing that he is now free. This does not turn out to be the case as Baby is found by Doc in the restaurant. In a private conversation between the two, it is revealed that the kingpin has no intention of letting him go and that Deborah would be hurt if Baby stopped working for him. As a result, Baby starts to see that he can no longer stay in Atlanta if he wants his freedom and so he begins to plot a way out for himself with Deborah at his side.

I really enjoyed Baby Driver and believe that the actors and actresses involved gave great performances. It was a very stylistic and colourful film which I thought was a highlight of the cinematic experience. Another excellent aspect of Baby Driver was the vast range of music included in the final product as it suited their respective scenes perfectly. I also liked the use of music being incorporated into the origin story of Baby and thought the reasons provided for how he became such a compulsive listener was a rather interesting plot point or characterisation for him. Overall, this is a movie that I was thoroughly entertained by and would encourage you to watch it if you haven’t done so already.