Greetings, Captain Phillips is a 2013 film based on the hijacking of the Maersk Alabama, an American cargo ship, by Somali pirates in 2009. It stars Tom Hanks in the lead role of Richard Phillips, captain of the unarmed cargo ship, and serves as the cinematic debut of Barkhad Abdi who plays the pirate leader known as Abduwali Muse. It was based on Phillip’s book ‘A captain’s Duty’ about his experience as hostage and has been criticised by some crew members of the Alabama for depicting Phillips as more of a hero than he actually was during the event. Some of the crew blame Richard for travelling in waters known to be infested by Somali pirates and therefore placing them in danger unjustifiably.

The plot is simplistic due to the film being grounded in reality. In 2009 Captain Phillips is given orders to sail the MV Maersk Alabama through the Gulf of Aden to his destination of Mombasa in Kenya. Meanwhile in Somali, Muse, leader of the pirates, knows about the arrival of Alabama. He wishes to take the crew hostage and use them as a bargaining chip in exchange for millions of dollars. The captain travels through the dangerous waters, disregarding the recent warnings about Somali pirate activities in the area. During a security exercise Richard discovers that two skiffs are sailing towards the cargo ship, using binoculars Phillips is able to see that the two vehicles are transporting armed and hostile pirates. 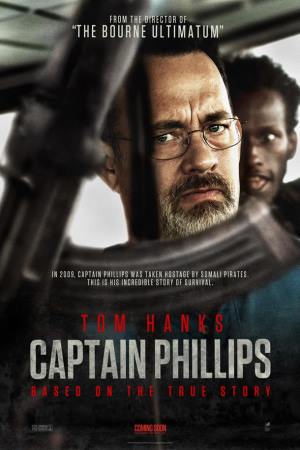 Richard attempts to escape the pirates by outrunning them. His plan works for a short while but despite his best efforts one pirate ship manages to board the cargo ship via the use of a ladder while the other ship backs off. The four young pirates make their way to the bridge with little difficulty or resistance. When they managed to take control of the ship, Phillips becomes their hostage while other members of the crew managed to hide themselves during the assault. Under Muse’s leadership the other pirates are ordered to find the other crew members and take them hostage. Conflict arises when staff of the Alabama manage to fight back against the Somalis with their knowledge of the ship’s layout, guerrilla tactics and makeshift weapons.

The plot and characters are not particularly original which is understandable once you consider that the event was based on the experiences of actual people. Screen time is mostly dedicated to a few of the major individuals involved, the most prominent being Richard Phillips and Muse. The actors and actresses gave a good performance with the experienced Hanks and the new comer Abdi having given the most noteworthy acting. In terms of duration, I felt that the film was a little too long and outstretched but still an enjoyable movie to watch. In my opinion, it is worth while experience but not a film that is essential viewing.

I never asked for this

Greetings, BioShock Infinite is the third game in the series and serves as a prequel to the original story as it is set in 1912. Unlike the other two games there are no Big Daddies or Little Sisters and ADAM is replaced by vigors which introduce new abilities such as controlling bloodthirsty crows. Despite the absence of the iconic Big Daddies there are equivalents including the introduction of Handymen or crank gun wielding machines in the form of Washington, Lincoln or Comstock, the founder of Columbia. Infinite still has a BioShock feel to it despite the change of scenery as it continues to tell its story and lore through the use audio logs known as Voxophones.

The plot begins with Booker DeWitt, a war veteran of Wounded Knee and a Pinkerton agent, who has piled up a lot of debt. He takes on a contract to go to the floating city of Columbia and bring back a woman called Elizabeth in order to wipe away his debt. The city was founded by the Prophet, also known as Comstock, who is believed to be able to see into the future and therefore builds a personality cult to ensure the consolidation of his reign over his citizens. Booker is brought to a lighthouse and reaches Columbia via a rocket that was hidden inside the structure. Once he arrives safely to the city it becomes clear to DeWitt that the ruling population is driven by ideas of religious fanaticism, unhealthy worship of the founding fathers, Columbian exceptionalism, white supremacy and xenophobia. 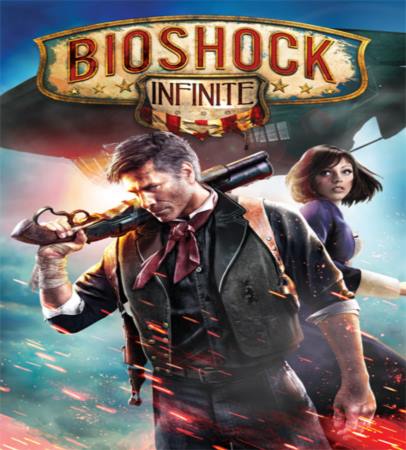 Before he can break Elizabeth out of her tower DeWitt is branded as the False Shepherd as he has the letters A and D written on his hand. The False Shepherd is a figure to be feared as it was prophesised he would lead the lamb, Elizabeth, astray from her purpose. Booker has to fight his way to the tower against Columbian authorities as well as being wary of Elizabeth’s protector and prison warden, a giant metallic bird known as Songbird. It isn’t long before the Vox Populi, a revolutionary group of monitories lead by Daisy Fiztroy, use DeWitt’s presence to benefit their armed struggle. Fitzroy was falsely accused of killing Lady Comstock and has since been in hiding from the Prophet’s men.

In terms of game play, Elizabeth’s powers are quite useful when in combat as she can provide the player with ammunition, salts and health as well as opening Tears to access useful items, cover or allies in the form of lethal machines. Another interesting feature was the addition of the sky line which allows the player to travel around as well as being a platform to kill enemies down below. I liked how well known songs from within the past few decades were transformed into an older style to fit into Columbia’s setting. Not all songs in the game are relatively modern as classical music is still used, especially during the graveyard or areas dedicated to the late Lady Comstock. Overall it is a very enjoyable game with a strong story with an unexpected ending, a visually impressive setting and colourful characters with the likes of Elizabeth, Comstock, the Lutece twins and Booker himself. I haven’t played the Burial at Sea DLC yet, which links Infinite to the original BioShock, but do intend to do so soon.

This Fontaine fellow is somebody to watch. Once, he was just a menace, to be convicted and hung. But he always manages to be where the evidence isn't. He's the most dangerous type of hoodlum... the kind with vision.