The Wolf of Wall Street

Greetings, the Wolf of Wall Street is a 2013 film directed by Martin Scorsese, starring Leonardo DiCaprio , Margot Robbie and Jonah Hill. The movie is based on the life of and book, of the same name, written by Jordan Belfort. He was a crooked stockbroker and cocaine addict who manipulated the stock market during the 1990s but has since become a motivational speaker. It is very dark, humorous and adult in nature but also a highly enjoyable watch with some great scenes and performances from the cast involved, especially from DiCaprio.

The story begins in 1987 when Jordan Belfort, played by DiCaprio, is a young and aspiring stockbroker married to his first wife named Teresa. He begins his career with a small job working for investment banking firm L.F. Rothschild but soon loses it due to the market crash known as Black Monday. Belfort’s time at Rothschild was not wasted as he had began to build up experience and took on the advice of his old boss, Mark Hanna, who was played by Matthew McConaughey. Belfort was encouraged to live an immoral lifestyle in order to reduce the stress of the job. As the economy becomes hostile to stockbrokers Belfort is forced to find an occupation elsewhere and becomes involved with boiler room dealing in penny stocks. 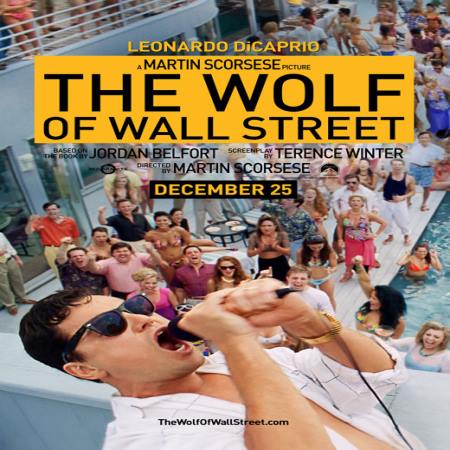 With Jordan’s charismatic pitching style, he is able to establish a small fortune as well as turn co-workers into enthusiastic followers who begin to use his pitching methods. With the financing and support from colleagues he had gained from the boiler room trade, Belfort is able to establish his own company called Stratton Oakmont with the help of his friend named Donnie Azoff. As such, Jordan becomes rich and follows the advice of Hanna by living an extravagant and decadent lifestyle that puts stress on the relationship with his wife. As Oakmont grows in size its fraudulent activity becomes clear to the FBI and agent Patrick Denham is put on the case. Much to Belfort’s discomfort Denham cannot be bribed and a lot of the film is dedicated to the two characters trying to outsmart each other.

Overall, it is a very fun film to watch with plenty of comedic and more dramatic scenes. It has a running time of around three hours but was entertaining from beginning to end with a gripping storyline and characters. The fictionalized version of Belfort was portrayed excellently by DiCaprio and was an interesting character to watch as due to his lack of morality. In my opinion the Wolf of Wall Street is one of the best films to have come out in 2013.

The darkness is coming. It will spread to every corner of the land.

The Hobbit: The Desolation of Smaug

Greetings, the Walking Dead is a rather dark video game from Tell Tale that is loosely based on the television series and therefore on the original comic books as well. It was released in 2012 between April and November in an episodic format, consisting of five segments and one additional DLC named 400 days. The DLC is an episode that I have yet to play and follows the stories of characters that were not in the original game. Apparently the plot of 400 days incorporates the decisions made by the player in the original videogame. as well as acting as a bridge between the first and second season together, connecting the stories together.

The plot is centred on the protagonist, a history professor at the University of Georgia called Lee Everett, whose personality is shaped by what the player chooses in the timed conversation trees. It begins with Lee being transported in a police car towards prison for a crime that is unkown to the player. The conversation between Lee and the cop driving the vehicle provides some vague evidence as to what crime Everett committed but it isn’t revealed until later on in the game. While talking to the distracted police officer, the crashes the car into a zombie, called Walkers in the game, that had wondered onto the road. Following the accident Lee is confronted by his first Walker, the cop who had died during the crash, and manages to kill him in self-defence. 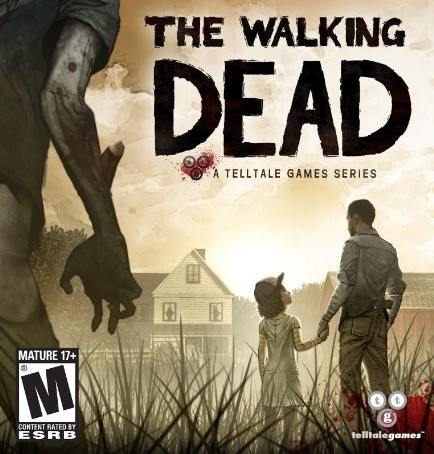 At this point Everett runs to the nearest house for his own safety and finds it almost deserted. Lee discovers that a little girl by the name of Clementine had managed to hide herself in her tree house, protecting herself against the Walkers with a hammer. In my opinion, unlike most fictional children in survival situations Clementine is actually a well written, original and likeable character rather than just a stereotypical plot device that gives the player someone to protect. Once Everett gains Clementine’s trust and kills her zombie baby sitter, he discovers that her family are on a trip to Savannah. The player then promises to protect Clementine and help to find her parents via the use of a walkie-talkie. On their journey they soon find themselves united with memorable characters such as Kenny and his family, his wife named Kajtaa and his son knicknamed Duck. The episodes are full of interesting characters, whose fate is ofetn let to the player as well as the ability to change their attitude depending on what choice are made.

This game is one of the best I have played in a while and is a credit to Telltale games, who are fast becoming my favourite company in the games industry by creating high quality games like this, Sam and Max and the videogame version of Back to the Future. The music was conducted by Jared Emerson Johnson, who has composed music for many other Telltale games, and does a good job creating music that sets the right tone. The atmosphere is also crafted with great writing for all the characters as well as putting the player in difficult positions with unclear ethical implications. The choices are difficult as the results are normally based on either doing what is morally right or following the rational but callous route. The player must take into acount the effect their choices will have on the fragile relationships that could easily be ruined by making ‘wrong’ decisions. It is made more complicated as main characters often have strong and contrasting opinions that are hard to balance. At the end of each episode the game will compare your results to the actions of other players which I thought was a interesting feature. I look forward to playing the DLC and what the next season will bring.

Listen up, we have been boarded by armed pirates. If they find you, remember, you know this ship, they don't. Stick together and we'll be all right. Good luck.